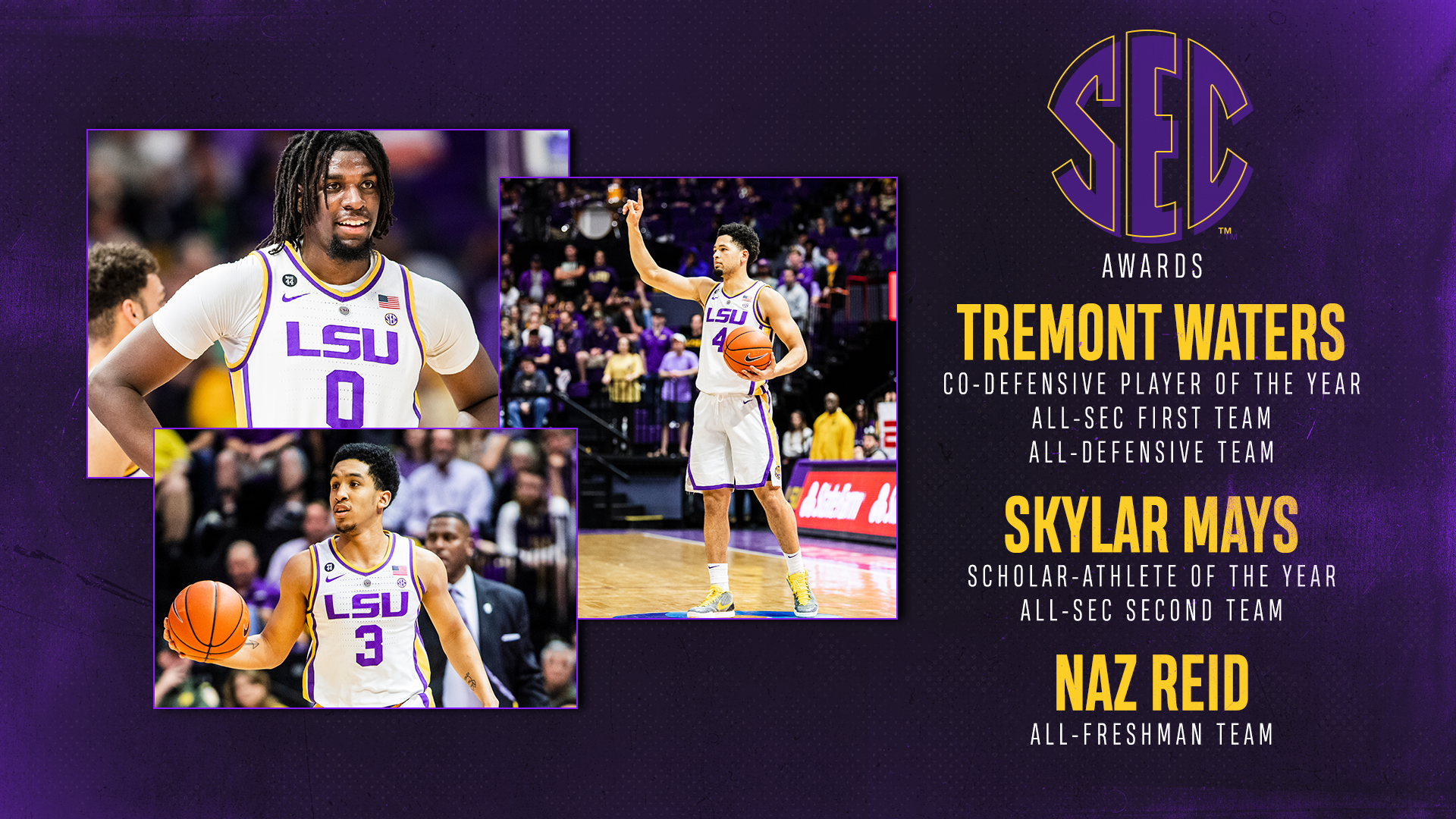 The Tigers, champions of the SEC with a 26-5 overall record and 16-2 in the SEC, will play again on Friday at noon in the quarterfinals of the conference tournament at the Bridgestone Arena in Nashville. The Tigers will play the winner of the Arkansas-Florida game that will be played at noon on Thursday.

It marks the first time that two LSU players have made the coaches All-SEC teams since the 2014-15 season.

Waters leads the team in scoring at 15.3 points a game while averaging 5.9 assists and 3.1 steals a game. In league play, the sophomore from New Haven, Connecticut is averaging 17.7 points a contest, 6.2 assists and 2.9 steals. He is on pace to set school records in both steals and steals average and is 30 points shy of becoming the 42nd player in LSU history to top 1,000 points. He is number two in the nation in steals average.

For Mays it is a scholar double with Scholar-Athlete of the Year following Monday’s announcement that the junior is a first-team Academic All-America as selected by CoSIDA with a 4.01 GPA in pre-med/kinesiology. He had a scoring average of 13.6 overall and 13.7 in league play. Mays averages 2.3 assists and 1.9 steals per game.

Reid, who is expected to return to action on Friday after missing the finale against Vanderbilt because of injuries sustained at the end of the Florida game on March 6, is averaging 13.3 points per game and 6.9 rebounds overall and 13.9 points per game and 7.8 rebounds in league play.

Here are the complete All-SEC teams and honorees as selected by league coaches (coaches could not vote for their own players):