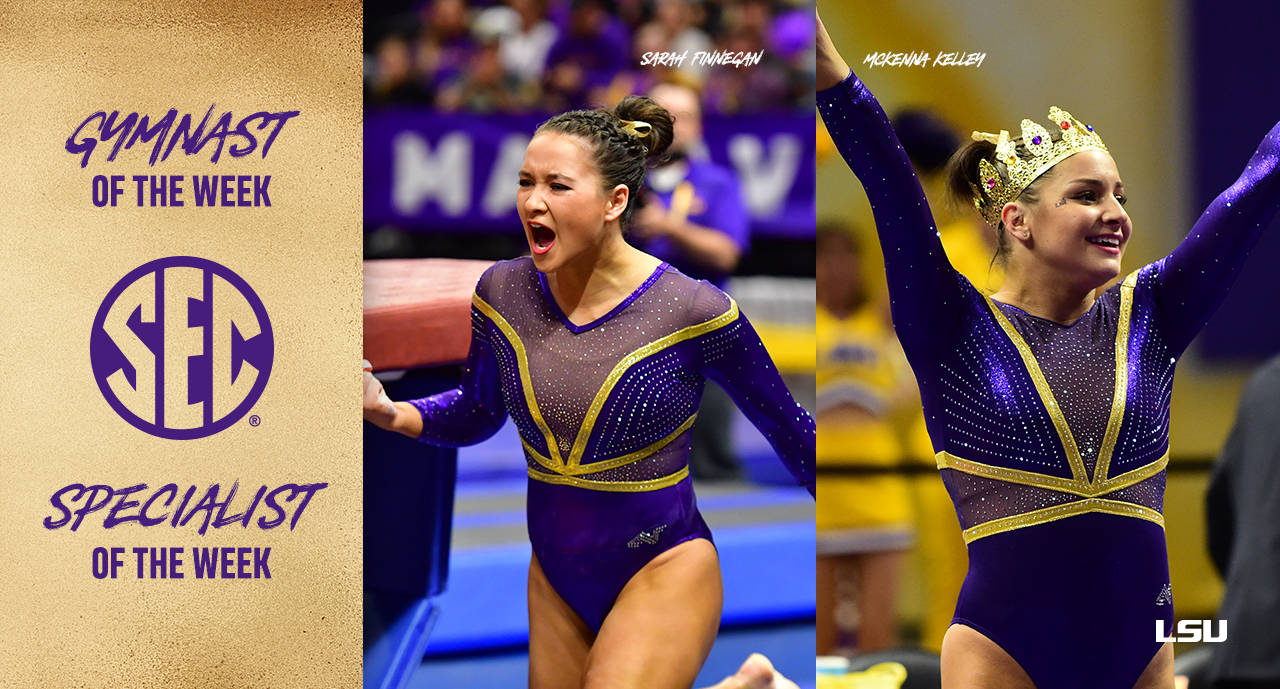 Finnegan was named the SEC Gymnast of the Week for the sixth time in 2019 after scoring a career-high 39.800 to seal her 10th all-around win in 11 meets. The Lee’s Summit, Missouri, native posted the highest score in the SEC and second-highest in the nation against the Beavers.

Finnegan pushed her career beam titles to 23 and is now one away from tying Burkholder for the most in school history. The AAI award nominee owns 34 titles this season, which is third in school history for a single season.

Kelley, the SEC Specialist of the Week, anchored the Tigers’ outstanding performance on Friday night with the first perfect score of her career. The 10.0 marked the 25th in school history on floor. The Houston, Texas, native was the final performer of the Tigers’ 49.675 fourth rotation for a season high.

The fourth-ranked LSU gymnastics team travels to Tucson, Arizona, to take on the University of Arizona at 8 p.m. CT Friday. The meet will be streamed live on Pac12.com.