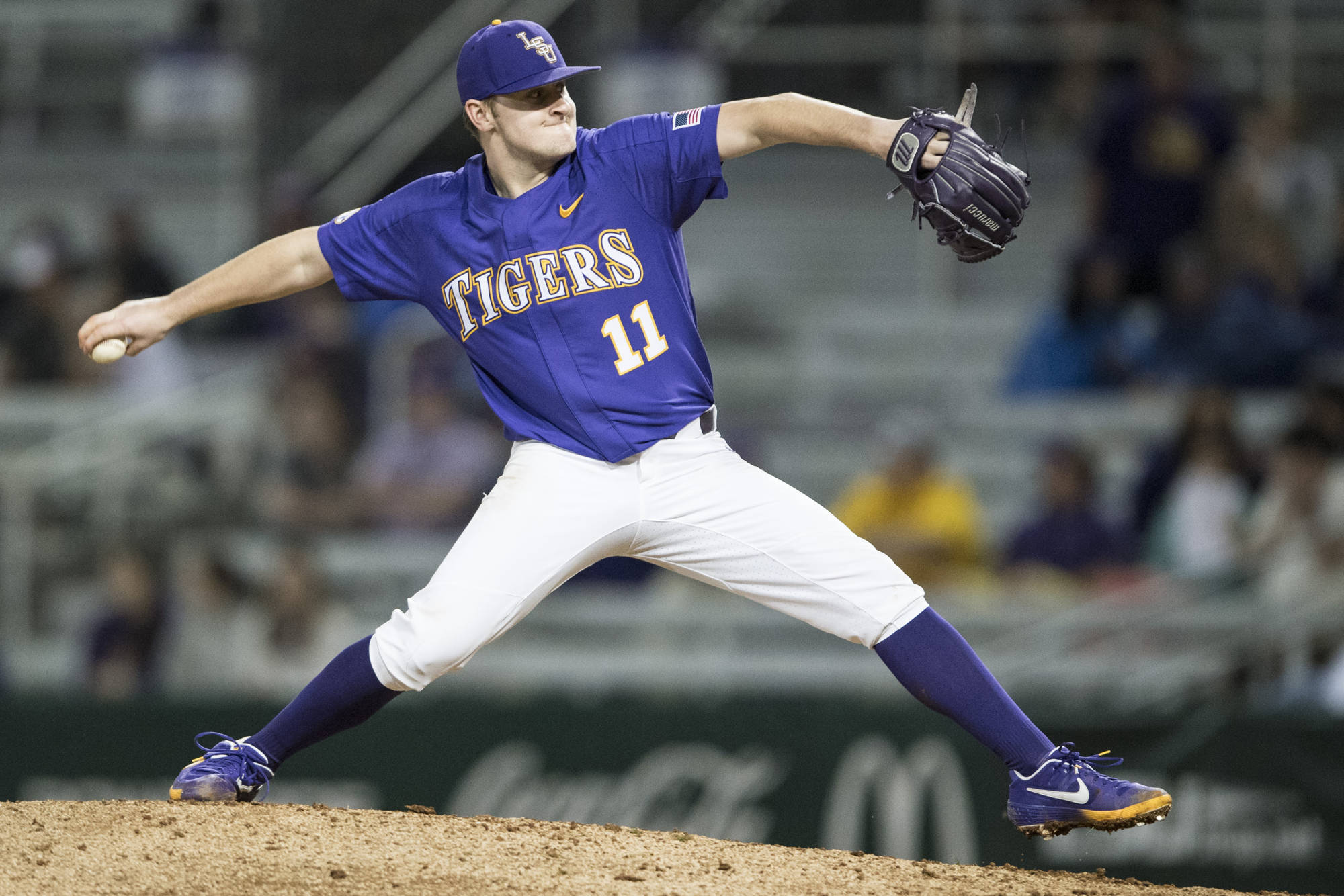 ONLINE
ESPN+ – ESPN+ is an over-the-top video streaming subscription service which costs $4.99 per month. To sign up for a free 7-day trial, visit https://plus.espn.com

SERIES RECORD VS. NORTHWESTERN STATE
LSU leads the series with Northwestern State, 59-11, and the Tigers have won 21 of the past 22 meetings, including two wins over the Demons last season – a 9-5 victory on May 15 in Baton Rouge, and a 9-5 win on June 3 in an elimination game at the NCAA Corvallis (Ore.) Regional. The Demons’ only win in the past 22 games with LSU was a 5-2 victory on April 12, 2011, in Alex Box Stadium, Skip Bertman Field. LSU coach Paul Mainieri has a 14-1 career mark against Northwestern State.

QUOTING PAUL MAINIERI
“We very aware of the caliber of the Northwestern State program – we had to have a five-run rally in the ninth inning last year to beat these guys in the regional at Corvallis. We’re going to their park, and I know they’re excited about us going up to play in Natchitoches. I’m sure it’s going to be a packed house and a very challenging environment. We’re still finding out about our team; there are some areas in which we need to find answers and improve upon. I think we’re moving in the right direction, and we’ve just got to keep getting better.”

ABOUT THE TIGERS
• LSU won three of four games last week, including a 2-1 series victory over the weekend versus California in Alex Box Stadium, Skip Bertman Field … the Cal series featured two comeback wins for the Tigers, including a two-run, walk-off single Friday in the bottom of the ninth inning by junior shortstop Josh Smith to lift LSU to a 4-3 victory … Smith, who posted a 13-game hit streak from February 16 through March 9, is batting a team-high .415 (22-for-53) on the year with five doubles, one homer, 10 RBI and 18 runs scored
• LSU erased an early 4-1 deficit in Game 2 of the Cal series on Saturday, and freshman first baseman Cade Beloso blasted a two-run homer in the bottom of the sixth inning of the seven-inning game to provide the winning 5-4 margin … the dinger was the second of the game for Beloso, who also launched a solo shot and now has four homers this season … for the week, Beloso hit .357 (5-for-14) in four games with two homers, five RBI and three runs scored
• Sophomore catcher Brock Mathis enjoyed a productive week at the plate, batting .455 (5-for-11) in four games with one double, one triple, two homers, three RBI and three runs scored
• Sophomore right-hander Devin Fontenot recorded a brilliant relief effort in Game 2 of Saturday’s doubleheader versus California, firing four shutout innings to earn the win … Fontenot limited the Bears to two hits with one walk and three strikeouts, firing 60 pitches and improving his record to 2-0 … Fontenot made three appearances during the week, allowing no runs on two hits in 5.2 innings with six strikeouts
• Senior third baseman Chris Reid launched his second career homer – a solo shot – in Saturday’s Game 2 win over California – Reid’s first homer came on March 5, 2016, versus Fordham when the Baton Rouge native was a freshman … Reid has played in 11 of LSU’s 15 games (five starts) and is hitting .348 (8-for-23) with three doubles, one homer, six RBI and seven runs scored
• Senior rightfielder Antoine Duplantis has performed brilliantly through the first four weeks of the season, batting .356 (21-for-59) with two doubles, four homers, 24 RBI and 15 runs … Duplantis has 289 career hits, just 63 shy of the SEC record of 352 held by former LSU first baseman Eddy Furniss (1995-98)

ABOUT THE DEMONS
• Northwestern State is 7-6 overall, and the Demons have won four of their six home games this season … NSU opened Southland Conference play last weekend, dropping two of three games at Abilene Christian
• NSU is batting .258 as a team with 24 doubles, five triples and eight homers; the Demons have stolen 19 bases in 22 attempts
• Northwestern State is led at the plate by junior shortstop Caleb Ricca, who is batting .392 with seven doubles, two homers and 14 RBI
• NSU senior right-hander Cullen McDonald will make his third start of the season – he hasn’t allowed a walk this season in 13 innings, and he’s limited opponents to a .208 batting average