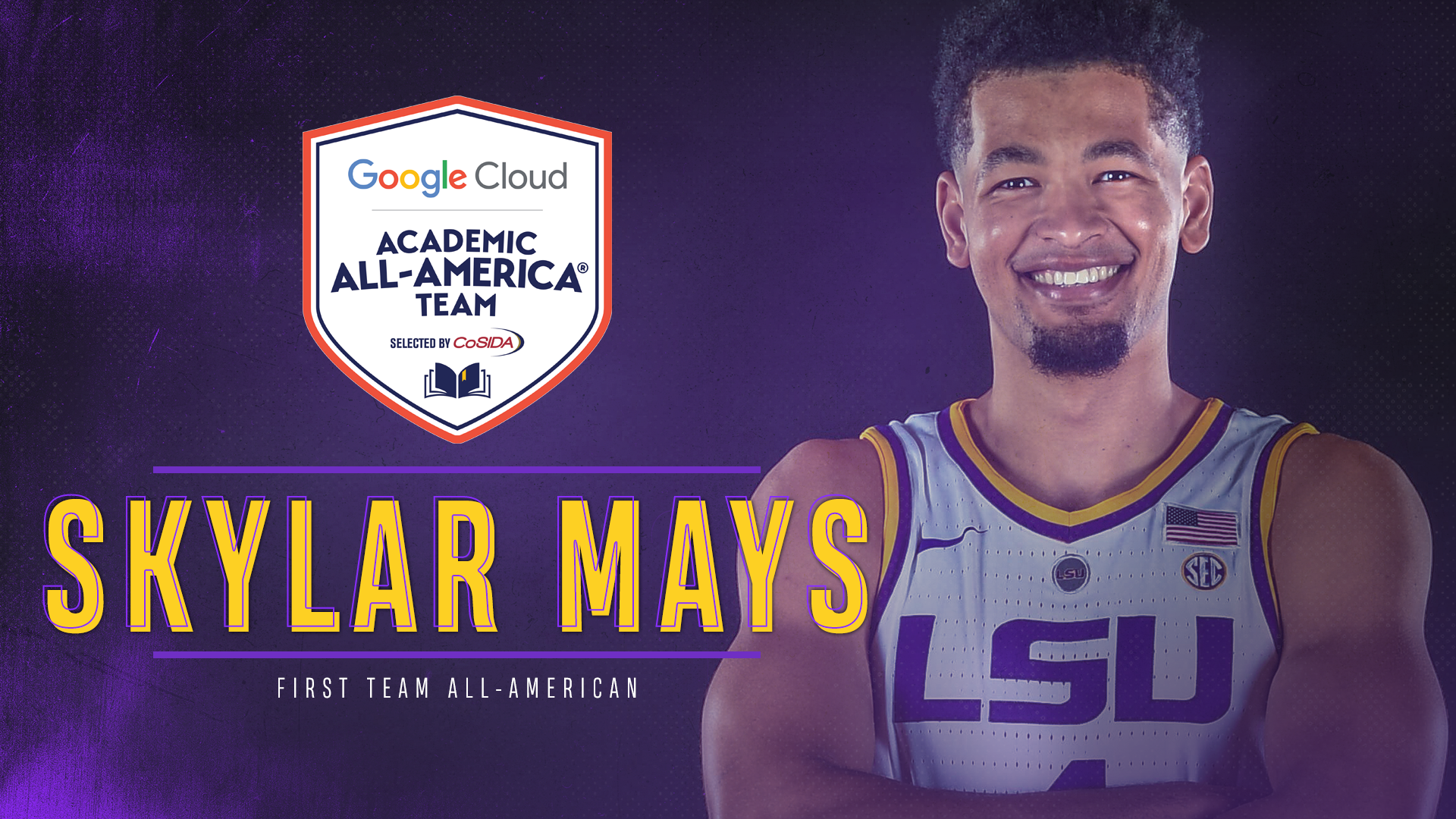 The team is selected annually by the College Sports Information Directors of America (CoSIDA) and all sports information/communications members are eligible to vote on the final ballot made up of all-district selections around the country.

Mays, a Baton Rouge product and one of the leaders of this LSU Basketball team, is averaging in double figures on the court while maintaining a 4.01 GPA average in pre-med/kinesiology.

Twice this semester, the Tigers have been on the road on a Wednesday night with Mays having major tests scheduled on Thursday in his evening physics class and another test in another class on Friday morning. Besides his studies and tests there was also the demands of practice time added in.

Mays was a second team Academic All-America selection on the same team in 2018.

To be nominated, a student-athlete must be a starter or important reserve with at least a 3.30 cumulative grade point average (on a 4.0 scale) at his/her current institution. Nominated athletes must have participated in at least 50 percent of the team’s games. A student-athlete must have completed one full calendar year at the current institution and has reached sophomore athletic eligibility.

Graduate students are eligible but must have a 3.30 GPA both as an undergrad and in grad school.

For more information go to CoSIDA.com.