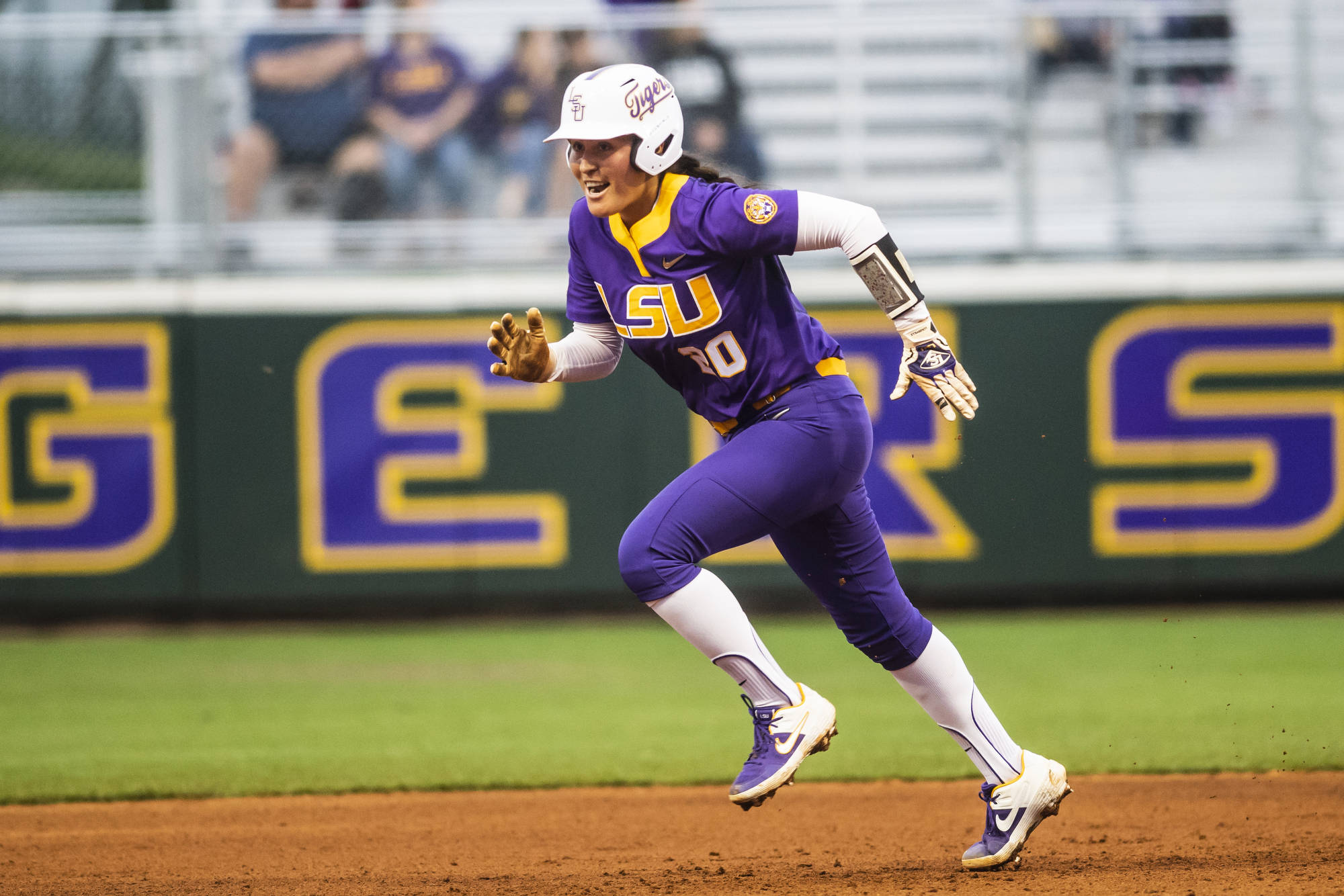 The bats continued to be powerful in the start of game three as Shelbi Sunseri belted a two-run double to right center, her eighth double on the year, scoring Aliyah Andrews and Amanda Sanchez.

Texas A&M answered in the bottom of the inning with a two-run single through the right side, tying that game up at 2-2.

The Tigers retook the lead in the second. Andrews stole second and the Aggies threw down, but Savannah Stewart broke from third to score and take a 3-2 lead. Another run came across for the Tigers in the third on a single to right field by Elyse Thornhill, scoring Amanda Doyle from second, giving the Tigers a 4-2 lead.

LSU put together another run in the fourth. With one out, Andrews singled and advanced all the way to third on a TAMU error. She would score on a fielder’s choice to shortstop by Shelbi Sunseri, giving the Tigers a 5-2 lead.

Texas A&M scored four runs in the fifth inning off a double down the left field line and home run to left field, giving the Aggies a 6-5 lead. The Tigers made two pitching changes in the inning, going to Ali Kilponen first and then bringing sophomore Kara Goff, her first career appearance in the circle. Goff and the Tigers got out of the inning on a ground out to second.

Sunseri led off the top of the seventh with a walk, but the next three Tigers went down in order.

Ali Kilponen takes the loss for the Tigers in the circle, dropping to 3-1 on the year. Shelby Wickersham, who started the game, finished with two earned runs allowed and two strikeouts in 4.2 innings of work. Goff finished out the game with 1.1 innings of work.

Notes
– Shelbi Sunseri has now reached base safely in all 26 games on the year.
– The Tigers have now scored first in the last eight games and is 19-2 on the year when scoring first. The Tigers are now 12-2 when scoring in the first inning.
– The 29 runs scored by the Tigers in the three-game series is the most runs scored in an SEC three-game series in program history.
– Sunseri finished the game with three RBI. Andrews scored twice.

Up Next
The Tigers return home for a four-game home stand, hosting Troy in Tiger Park on Wednesday at 6 p.m. before getting back to SEC action with nationally ranked Florida Saturday through Monday.