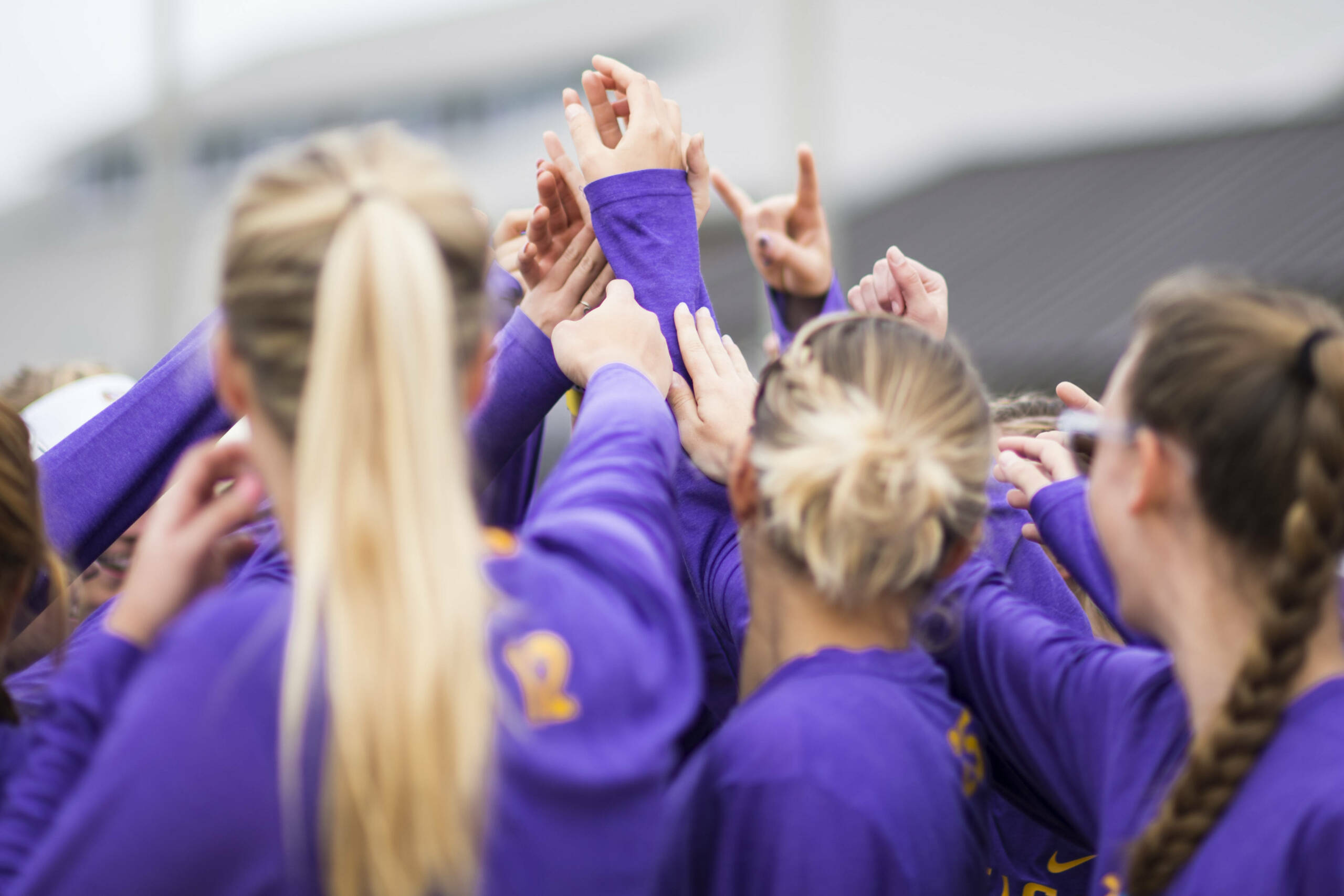 Manhattan Beach, Calif – After picking up a victory over No. 3 Pepperdine on Saturday, the No. 6 LSU Beach Volleyball team defeated No. 5 Hawaii in its final match of the East vs West Challenge Sunday. The Tigers fell to No. 2 USC Sunday Morning.

Now 8-4 on the season, the Tigers reached their goal going into the weekend against testing competition of improving from last year’s win total of one at the same event. LSU defeated USC at the East vs. West Challenge in 2018.

“Last year if we were able to go out and get one,” coach Russell Brock said on Thursday, “obviously we’re looking to be better than that.”

Against four of the top-five teams in the nation in the birthplace of beach volleyball, the Tigers did do better than that. Despite dropping matches to the past two national champions in No. 1 UCLA and No. 2 USC, the Tigers were able to walk away victorious against No. 3 Pepperdine on Saturday and No. 5 Hawaii on Sunday before heading back to Baton Rouge.

“There’s never an easy win out here against the teams we match up against,” said Brock. “Everything has to be earned. To go 2-2 this weekend is a great indicator that we are moving in the right direction.”

After falling early in the day Sunday to USC, LSU responded with resiliency in the same fashion it did Saturday after falling to UCLA. Just like Saturday, the Tigers came out and attacked in their second match of the day, earning the win over another top-five opponent in Hawaii.

“We knew we had a good chance to play well and win (against USC), and we really came out flat,” said Brock. “Against a good team, that will get you beat every time. I was really proud of how they decided to get back to playing how we are capable of playing in the second match.

“How we played against Hawaii says a lot about the heart and commitment of this group.”

Hawaii actually struck first in the meeting of the two top-ten teams. Junior Olivia Powers and freshman Ashlyn Rasnick-Pope fell in straight sets on Court 2, 21-18 and 21-12. The junior pair on Court 1 of Claire Coppola and Kristen Nuss quickly got the Tigers on the board though with back-to-back 21-14 set wins.

Freshman Allison Coens and and sophomore Hunter Domanski went to work on Court 5 for the Tigers, earning a straight set win, 21-16 and 21-12.

It would be the Court 4 LSU duo of graduate transfer Taryn Kloth and senior Ashley Allmer who would clinch it for the Tigers. Just like the Tigers did on Courts 1 and 5, Kloth and Allmer earned a sweep, 21-12 and 21-15, as LSU defeated Hawaii.