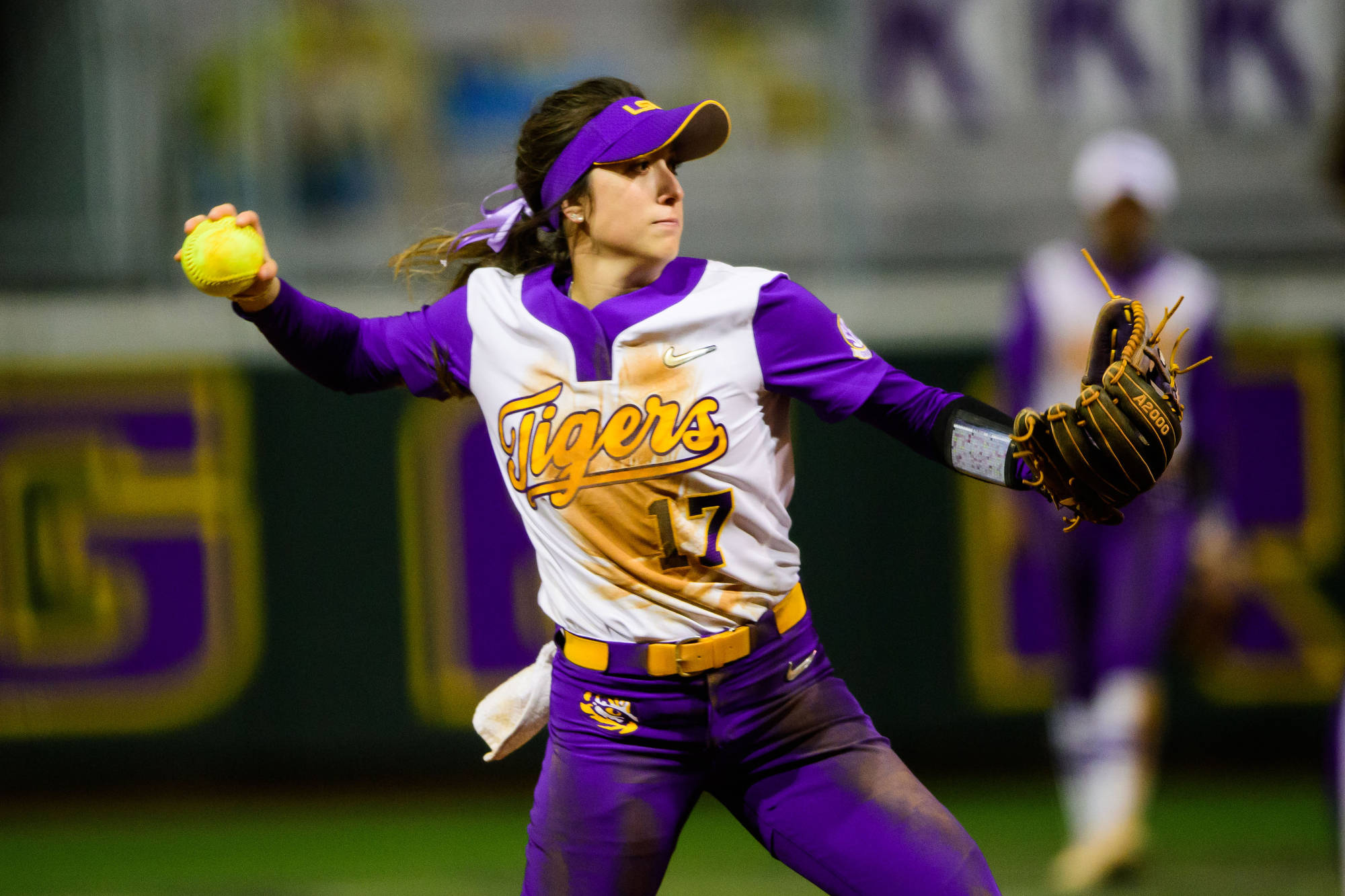 COLLEGE STATION, Texas – Sophomore pitcher Shelbi Sunseri and the offense propelled the No. 10/9 LSU softball team to a 7-0 shutout victory on Saturday afternoon at Davis Diamond. The Tigers are now 21-4 on the year and 2-0 in the SEC. Texas A&M falls to 15-8 and 0-2 in the league.

The power surge continued into day two of the series as Amanda Sanchez went yard over the center field wall in the first inning, a two-run shot to give the Tigers a 2-0 lead. The dinger was her second in the series and third on the year.

After a scoreless second, the Tigers tacked on three more runs in the third off an Elyse Thornhill home run. The dinger went off the flag pole in right center, giving the Tigers a 5-0 lead. The home run was her second in the series and her third in her career.

Texas A&M threaten in the fourth with a single up the middle, but the Tigers’ solid defense put together a 4-6-3 double play to get out of the inning and keep the Aggies scoreless through four.

After a scoreless fifth for both teams, the Tigers put another run on the board in the sixth. Andrews led off with an infield single and stole second before Amanda Sanchez brought her in on a single through the left side, giving the Tigers a 6-0 lead.

The Aggies threaten again in the sixth, putting runners in scoring position at second and third, but the Tigers continued to be solid on defense as a ground out got them out of the jam.

In the seventh, the Tigers added another insurance run off a hard ground out to the pitcher by Taryn Antoine, scoring Thornhill from third and giving the Tigers a 7-0 lead heading into the bottom of the seventh.

secured the victory in the circle, improving to 6-3 on the year with her fourth shutout on the year. She allowed just three innings in her fifth complete game, striking out two.

Torina’s Thoughts
“I thought we did the little things well today. A lot of the things that we worked on in practice earlier this week showed up today. We had a great defensive performance led by Amber Serrett and Shelbi Sunseri on the mound. Our hitters are doing a great job of sticking to the plan. They are understanding what pitches to attack and what pitches to take, just doing a great job with their discipline.”

Notes
– The Tigers have now scored first in the last seven games and is 19-1 on the year when scoring first. The Tigers are now 12-1 when scoring in the first inning.
– With the win, the Tigers secure the series, the first series win at Texas A&M since the 2013 season. The Tigers won the rubber match in 2013, 10-2 in five innings.
– The Tigers have hit 13 home runs in the last four games.
– Shelbi Sunseri has reached base safely in all 25 games now this season. She now has four shutouts on the year and the Tigers’ pitching staff now has 11.

Up Next
The Tigers will wrap up the three-game series on Sunday, taking on Texas A&M at 3 p.m. CT. The game will air live on SEC Network with Danielle Lawrie and Alex Loeb on the call.