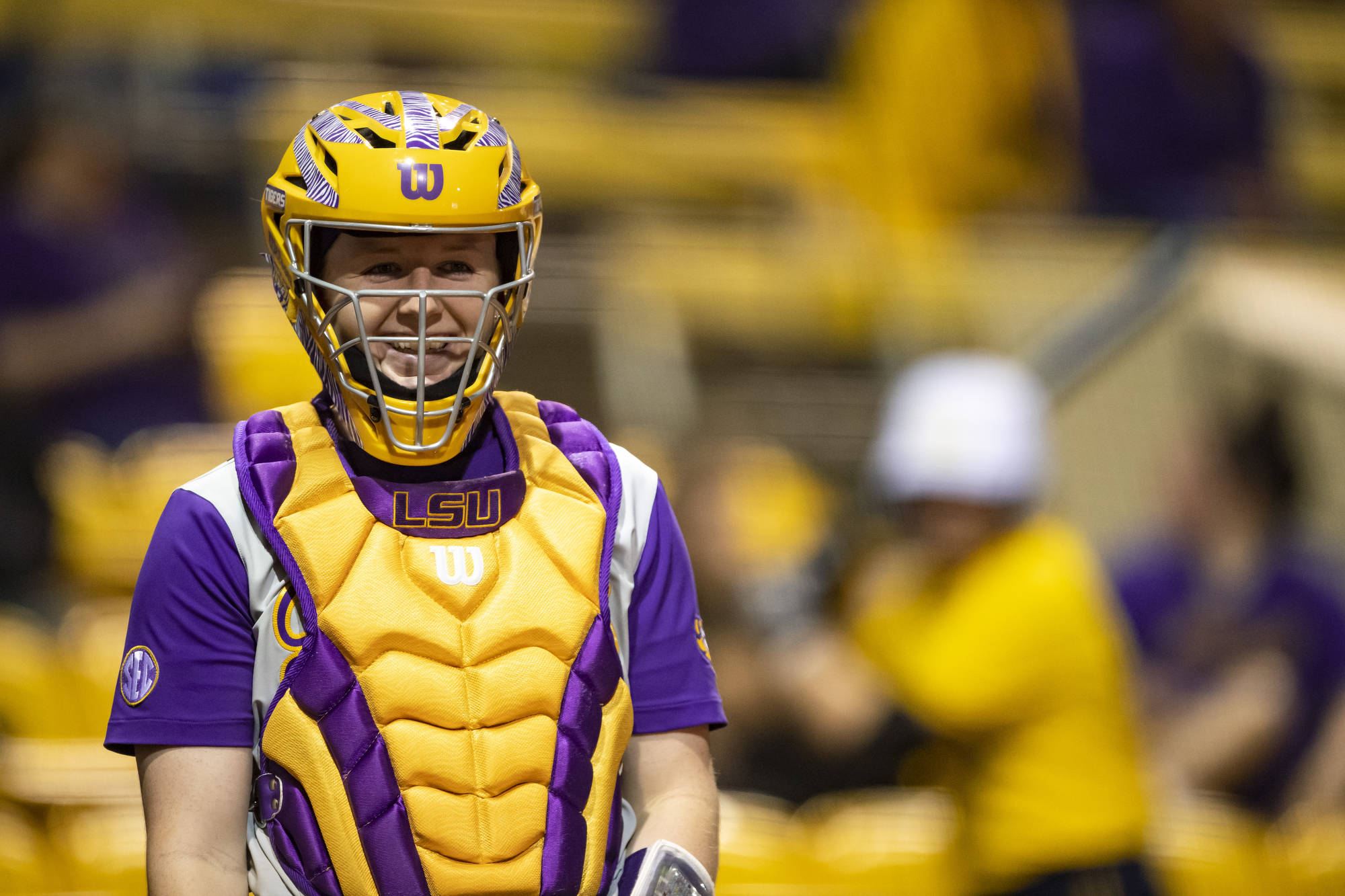 COLLEGE STATION, Texas – The No. 10/9 LSU softball team exploded its offensive game to open up SEC action, run-ruling Texas A&M, 17-3, in five innings at Davis Diamond on Friday evening. The Tigers improve to 20-4 on the season and 1-0 in the SEC. Texas A&M drops to 15-7 on the year and 0-1 in league play.

Texas A&M answered in the bottom of the inning with a two-run shot over the center field wall.

The offense continued for the Tigers’ in the second as Michaela Schlattman smashed a ball over the center field wall, a two-run shot to give the Tigers a 4-2 lead. Two more runs came across in the inning off a Texas A&M error and a single up the middle from Doyle, putting the Tigers up 6-2.

Maribeth Gorsuch shut down the Aggies in the second, but the Aggies put another run up on the board in the third off a single up the middle, cutting the Tigers’ lead to 6-3. The Tigers went to Shelby Wickersham in the circle, who got the Tigers out of a bases-loaded jam.

Three more runs came across for the Tigers in the fourth. Amanda Sanchez answered with her second dinger on the season, a solo shot over the right field wall. Elyse Thornhill drew a bases-loaded walk to score Karrington Houshmandzadeh and Doyle came in on a fly out to right, taking a 9-3 lead on the Aggies.

Amanda Sanchez added another run for the Tigers in the fifth off a single to right field, scoring Savannah Stewart. Three more home runs would cap off a big fifth run, help the Tigers run-rule the Aggies. Shemiah Sanchez belted out her second grand slam in the last three games, giving the Tigers a 14-3 lead. Elyse Thornhill followed with her second home run of the year, a solo shot to center. Serrett singled up the middle and Schlattman would go yard again, the second time on the day giving the Tigers a 17-3 lead.

Wickersham closed things out in the bottom of the fifth, earning the win in the circle to improve to 7-1 on the year. She allowed just one hit in her 2.2 innings of work while striking out two. Gorsuch finished with five hits allowed for three runs in 2.1 innings of work.

Torina’s Thoughts
“The offense has carried us all season. It’s fitting to show up on the first day of SEC action like this based on the season they are having. Shelby Wickersham came in and did a great job. It’s a tough spot for a freshman coming in in her first SEC series, but it’s nice to see her have the guts to find a way to win.”

Notes
– The Tigers are now 19-4 in SEC openers and 8-3 in SEC road openers.
– Sunseri has now reached bases safely in 24 games. She walked three times on the day.
– The Tigers have now hit at least two home runs in the last three games.
– The 17 runs scored is the most the Tigers have scored in an SEC opener, under head coach Beth Torina and second-most in an SEC game. The Tigers scored 18 runs against Kentucky in five innings in 2005.
– Every player in the lineup got a hit. Amanda Sanchez led the Tigers with three hits, while Doyle and Schlattman each had two hits. Schlattman and Shemiah Sanchez each had four RBI.

What’s Next
The Tigers will face Texas A&M on Saturday at 3 p.m. CT. The game will stream live on SECN+ and the WatchESPN app.