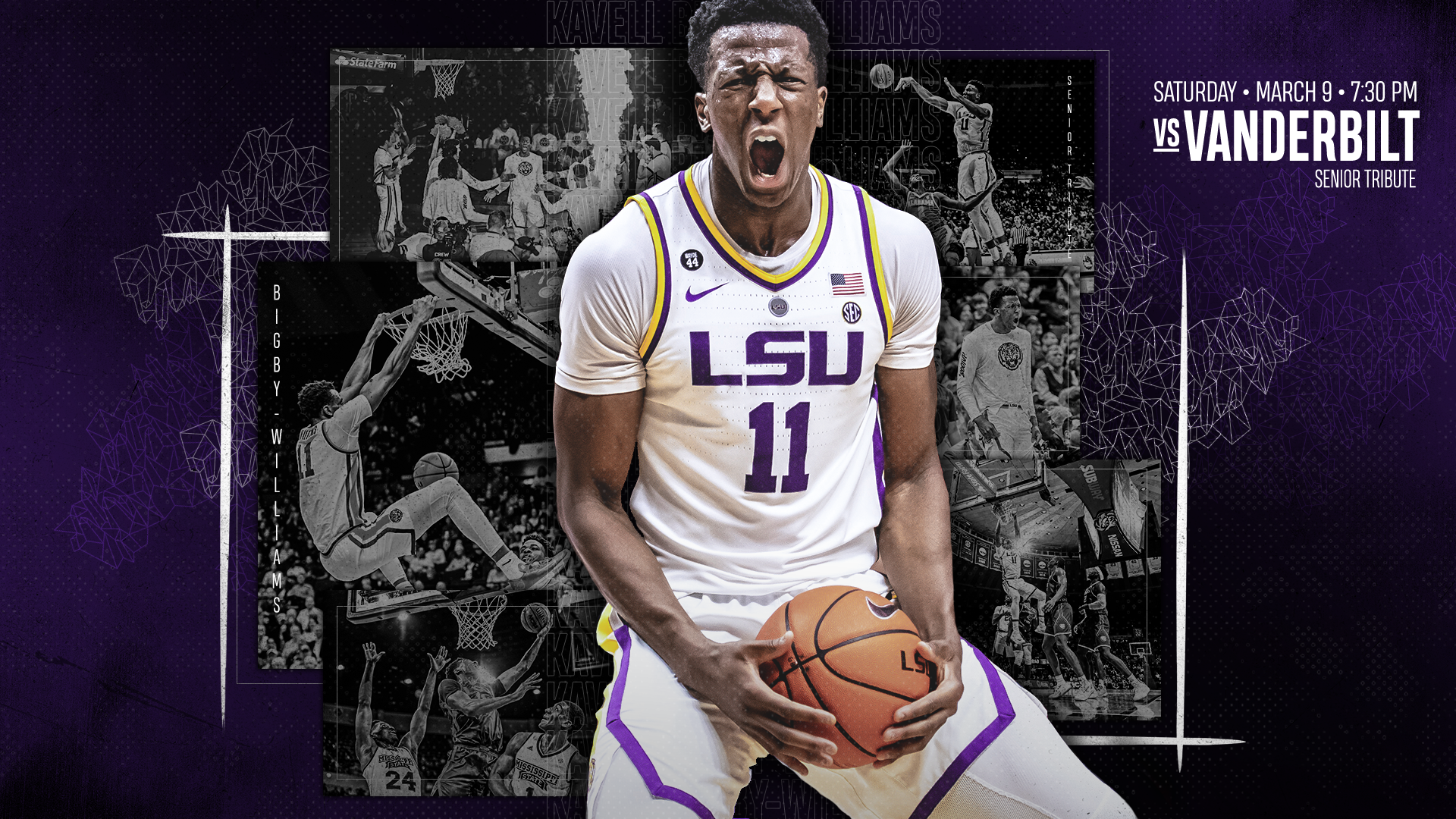 BATON ROUGE – The tenth-ranked LSU Tigers close the regular season Saturday night at the Pete Maravich Assembly Center against Vanderbilt with a chance to win the school’s first regular season Southeastern Conference title since 2009 on the line.

The Tigers, 25-5 overall and 15-2 in the SEC, and the Commodores will meet in a sold-out Maravich Center at 7:30 p.m. in the final SEC game of the season. Vanderbilt is 9-21 and 0-17 in the league. Ceremonies honoring the senior players, Kavell Bigby-Williams and Daryl Edwards, and the senior managers will begin at 7:10 p.m.

Should both teams lose, the possibility of a three-way tie for the title would exist if Kentucky won in an afternoon game versus Florida.

In all cases, LSU has the tiebreakers against both Tennessee and Kentucky and in a tie for first, LSU would be the top seed in the SEC Tournament, which begins in Nashville on Wednesday. LSU has received the double bye to the quarterfinals. The one seed plays at noon on Friday and the number two seed plays at 6:30 p.m. at Nashville’s Bridgestone Arena.

The Tigers are coming off a 79-78 win over Florida, Wednesday night in overtime, the team’s seventh overtime game of the year. That is one game shy of the NCAA record for overtimes by a school in a season.

LSU has won four straight games since losing at home to Florida on Feb. 20 and will be looking to finish with a 15-2 mark at the Maravich Center and seven wins in league play in the building.

LSU’s 25 wins presently ranks as the seventh most wins in an LSU season and its 15 SEC wins is topped only by the 17 wins the 1981 championship team posted.

The Commodores are led by Saben Lee who averages 12.4 points a game and Simisola Shittu at 12.4 a game.

The LSU-Vanderbilt game is officially sold out. Fans can still purchase tickets thru Stubhub, the official marketplace of LSU Athletics at LSUsports.net/marketplace or stubhub.com.

Standing room only tickets may be available for purchase based on attendance capacity at the Maravich Center ticket office after tipoff. LSU students will be admitted free of charge with a valid student ID while seats are available.