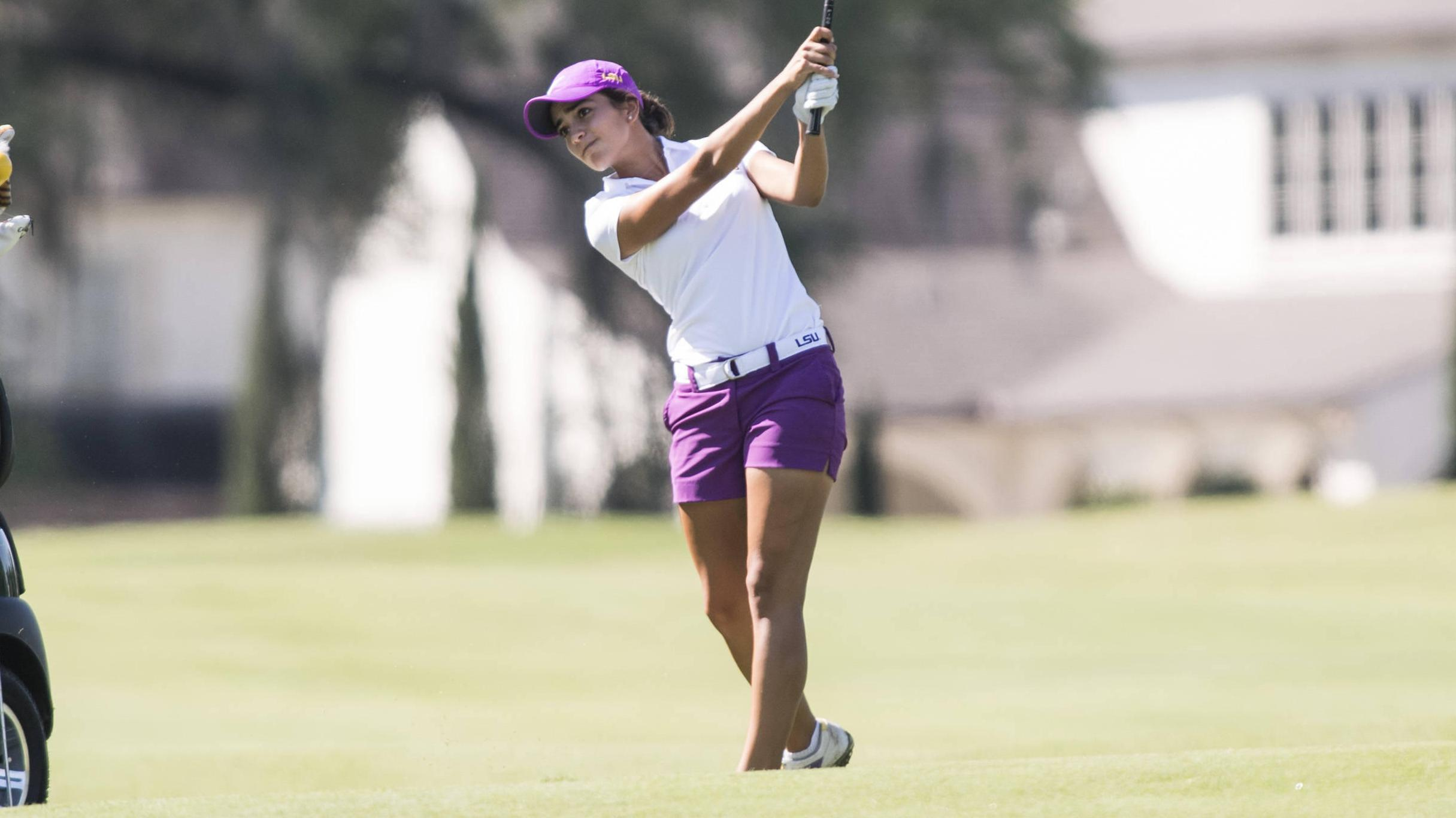 BATON ROUGE, La. – The LSU women’s golf team heads to the coast to play in the 2019 Darius Rucker Intercollegiate at the Long Cove Club in Hilton Head, South Carolina. Play begins on Friday, March 8 at 7:30 a.m. CT and continues through Sunday, March 10.

The team, under the direction of first-year head coach Garrett Runion, is currently averaging 299.17 per round. LSU is excited to compete in another prestigious event and compete against some of the best teams in the country.

“Kathleen, Monica and Kendall have played this course before and we spent our time this past week working on the type of shots we will see at Long Cove,” said Runion. “After taking a bunch of mid-term exams, I know the team is eager to get back on the golf course and play these next two big tournaments that we have back-to-back.” LSU will have a quick turnaround with the Tar Heel Classic on March 15-16 in La Romana, Dominican Republic.

The Long Cove Club Pete Dye Course will play at par 71 at a distance of 6,160 yards. LSU is scheduled to tee off with Virginia and a group of individuals representing Virginia, Northwestern, North Carolina, Wake Forest and South Carolina from Hole No. 10 beginning at 7:30 a.m. CT. Live scoring will be available at GolfStat.com.

* Golfweek has the Tigers strength of schedule ranked No. 20 going into this week’s competition.

* Gallagher (Sr.) tied her career low in the first round of the Magnolia Invitational with a 68 and posted her best individual finish of the season. Her current scoring average is 74.25 on the season.

* Dibildox (Jr.) earned her second top-15 finish of the season at the Magnolia Invitational and has shot par or lower in three of her rounds played this season. She hit a career-low 70 in the first round of the Mason Rudolph Women’s Championship. Dibildox leads the team with a 73.75 scoring average, four stroke down from last season’s average.

* Griffin (So.) shot her career low of even par in the second round of the Allstate Sugar Bowl Classic. In the Fall, she had her best individual finish of the season at the Magnolia Invitational. She also picked up an ace on October 18 in a practice round at LSU’s home course, the University Club, on Hole No. 8.

* Wallace (Fr.) has hit par or lower in 33 percent of her rounds as a rookie. She posted her career low of 68 in the second round of the Mason Rudolph Women’s Championship. Wallace finished that tournament with the first top-5 finish of her collegiate career, 5-under in a tie for fourth place. With her 73.78 scoring average, she is the No. 8-ranked freshman in the SEC.

* LSU’s tie for fourth place at the Magnolia Invitational gave the Tigers some crucial wins over SEC competition early in the season (Auburn, Mississippi State and tied Ole Miss).