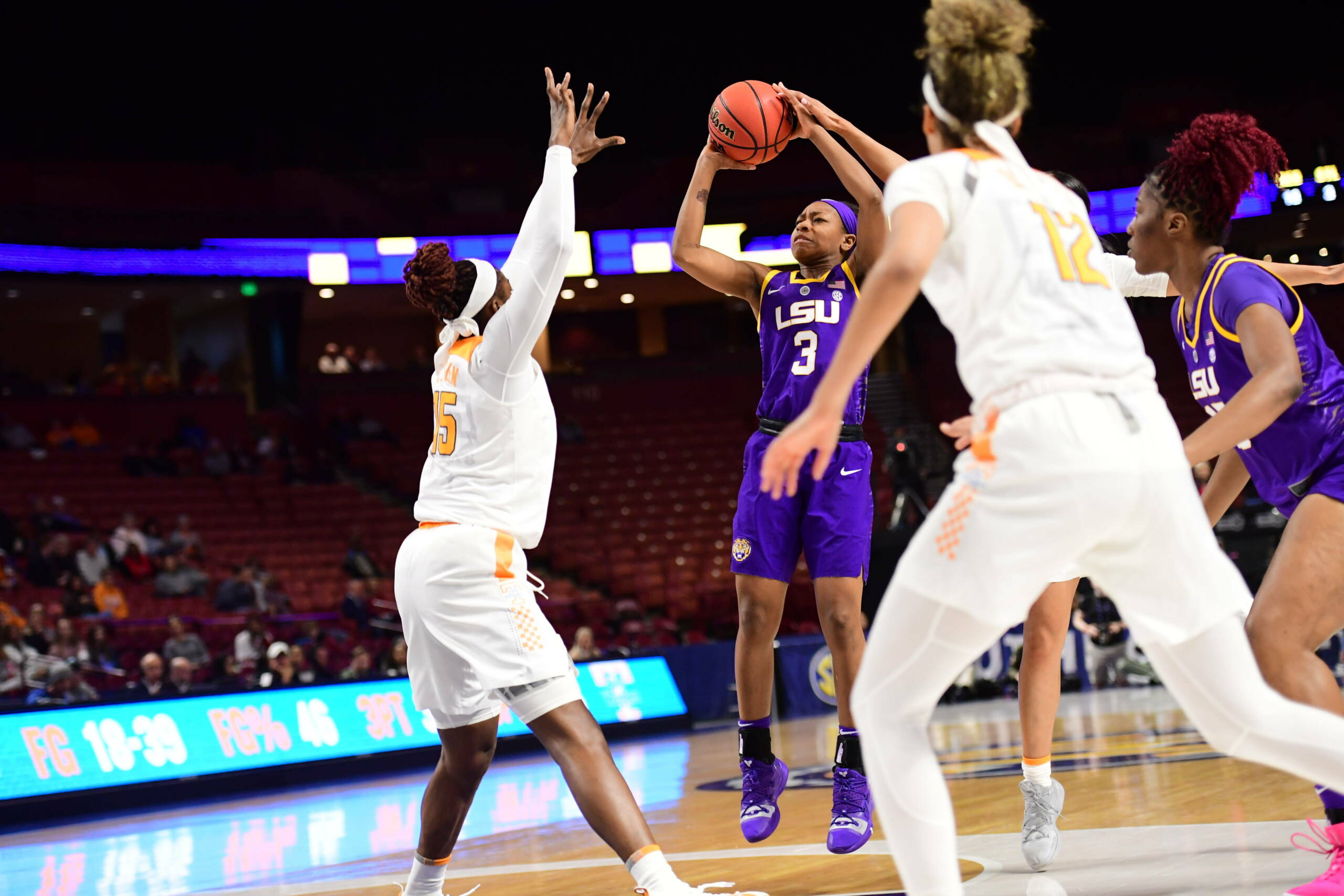 GREENVILLE, S.C. – The No. 9-seeded LSU women’s basketball team lost a heartbreaker, 69-66, in the second round of the 2019 SEC Women’s Basketball Tournament to No. 8 seed Tennessee on Thursday afternoon at the Bon Secours Wellness Arena in Greenville, South Carolina.

Sophomore Khayla Pointer led all scorers with 21 points, while junior Ayana Mitchell recorded her 16th double-double of the season with 16 points and 11 rebounds. Sophomore Faustine Aifuwa pitched in 16 points.

It was a battle royale from the start as each team would build a small lead while the opponent would push back until the very end. Neither team would get much separation with LSU taking its biggest lead into halftime, 35-28 on two three-point plays.

With 1:07 left in the second quarter, Mercedes Brooks hit a three-pointer to take a 32-28 lead, followed by an old-fashioned, and-1 play off a layup by Mitchell.

LSU held onto the lead through the third quarter, 49-47, before losing it for good at with 4:43 left in the game. Tennessee built up a six-point lead, 64-58, with 1:50 left. Pointer and Mitchell cut the lead to two, 64-62 on back-to-back possessions. But Tennessee held LSU off, despite Mitchell’s six points in the final minute of the game.

The Lady Tigers are 16-13 overall and finished tied for eighth in the SEC at 7-9. LSU will have to wait until Monday, March 18 to find out its NCAA Tournament fate.

“We’re going to take every game and we try to get better,” said LSU head coach Nikki Fargas at her postgame press conference. “That’s what these young ladies are doing. They’re learning how to compete on this stage. They’re going to get better.”