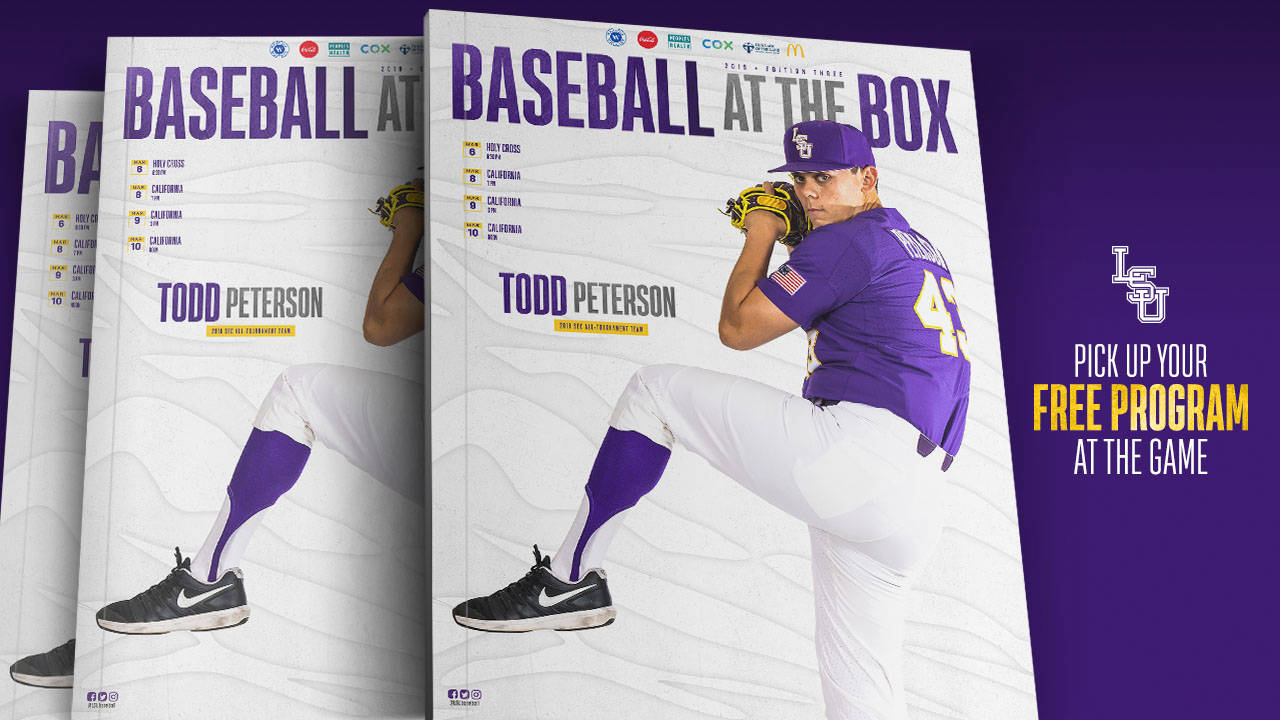 Todd Peterson had a different memory of the SEC Tournament before he rocked the world of college baseball with a two-run, 12th-inning double in his first collegiate at-bat in the 2018 tournament.

The freshman right-hander had been announced to start in the first game of the 2017 SEC Tournament. One day before the game, head coach Paul Mainieri announced that Peterson had been suspended for violation of team rules.

“The SEC Tournament really opened my eyes,” Peterson recalled. ‘It showed me that I have a legitimate chance in this sport, and from that point I really just tried to dedicate my entire life to bettering myself on and off the field.”

The 2017 tournament was what ignited his desire to do better, and one year was all it took for Peterson to land himself back at the Hoover Met.

This time, with a whole new story.

Following the suspension, the right-handed pitcher lost time on the mound and a spot in the prestigious Cape Cod summer league. The freshman traveled home to spend the summer in Lake Mary, Fla.

There was an opportunity to shut down and give up, but Peterson knew there was more to show to his coaches, his team, the fans and most importantly, himself.

Without a summer team or coach, the determined rising sophomore found ways to push himself from within.

Long days of work detailed Peterson’s summer in Florida. Mornings began with a run followed by various skill building and training workouts. Peterson would change it up by incorporating 10-mile bike rides with friends around Lake Mary.

“My entire life I have always been a hard worker and pushed myself, Peterson said. “I try to reach new limits regarding my lifestyle and work ethic. I really just try to push myself harder than anyone else can push me.”

Peterson stepped back on to LSU’s campus in the fall of 2017 with a stronger build and a burning dedication to the game.

Some tough starts in the spring of 2018 landed Peterson back in the bullpen. The sophomore continued to work, spending countless late nights and early mornings running and doing ab circuits at “The Box” by himself.

Staying locked in and remaining focused is what Peterson attributes his success to.

Another decision made by Coach Mainieri gave the right-hander a chance in a different inning. In the beginning of May, Peterson found himself on the mound in the ninth inning against Arkansas.

Peterson’s job was to hold Arkansas from closing in on the Tigers two-run lead. Peterson struck out two of the four batters he faced in the stellar Razorback lineup to secure the 6-4 win.

Fast forward a few weeks and Peterson found a comfortable spot coming out the bullpen.

“Coming out of the bullpen taught me a lot about myself as a pitcher and a person,” Peterson said. “It has taught me to stay locked in and think about every pitch. I went from ‘I need to get out of this inning,’ to ‘I need strike one,’ and so on.”

With a new role and a new outlook, the sophomore once again arrived in Hoover.

Peterson took the mound in the eighth inning of the contest against South Carolina, in the elimination bracket. He went five phenomenal innings and was credited with his first win of the season.

Peterson’s dependability as the closer was known, but it was the 12th inning that changed it all. Peterson was inserted into the batting order  after the Tigers made infield changes.

The sophomore had not touched a bat since high school when he and a friend would take batting practice for fun.

Peterson delivered, and it was more than anyone expected.

Peterson’s two-out, two-run double was just what the Tigers needed to take a 6-3 lead.

Peterson will be forever remembered in Hoover as the pitcher who gave the Tigers the 6-3 lead, but the real beauty of his performance was his pitching. The sophomore fired five innings, allowing two runs on four hits and striking out three.

Though Peterson has not seen an at-bat since the tournament, he continues to help the Tigers as a closer this season.

It is a role that he has grown into. He thrives in the down-to-the-wire situations when running in from the bullpen.

“It has given me a mentality of ‘go after it’ and not really care,” Peterson said. “Closing is a ‘give everything you got’ role. From that point on, I really understood that if I try my hardest and give my best effort, the odds are in my favor.”

The veteran Tiger has learned to take the game pitch by pitch, so much so that “2×3” is written in his hat to remind him that his goal is to get to two strikes within three pitches.

“If I leave everything on the field,” Peterson said, “I will come out with my head high and knowing I did everything I could.”