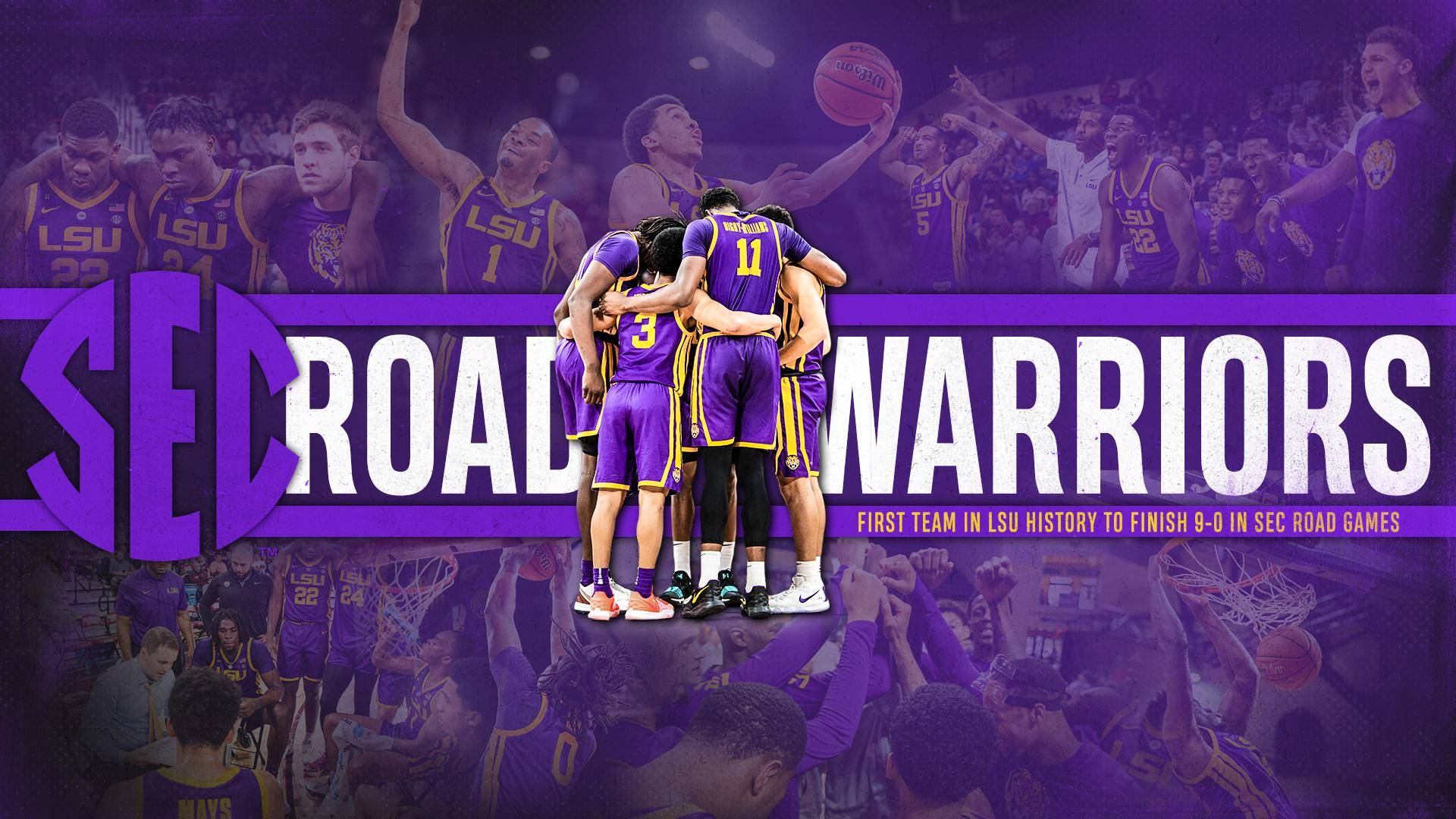 In late May, Will Wade hit the road, and if he was nervous, it would’ve been hard to blame him, considering his team’s struggles away from home prior to his departure.

Plenty went right in Wade’s first season at LSU: the Tigers quadrupled their conference win total from the year prior, knocked off the eventual national runners up during the regular season, and earned the program’s first postseason victory in nearly a decade. Off the court, he landed a top five recruiting class and re-energized a dormant hoops fanbase in Baton Rouge.

But Wade, like any good coach, tends to worry far more about the things that go wrong, and it was clear where his focus needed to turn before year two: winning road games.

After winning their first two SEC games away from home in 2017-18, the Tigers dropped their final seven road conference contests by an average of 10.8 points per game.

Add in neutral site matchups, and the Tigers didn’t win away from the Pete Maravich Assembly Center after January 10th.

“If you’re gonna win in March,” he says, “you’re gonna have to win a lot of games away from home.”

So, Wade left home, to figure out how to win on the road, “the hardest thing to do in college basketball,” he says. It’s an annual postseason tradition of his, visiting two or three people, Wade says, “to try to get better ideas.” Past visits have ranged from football coaches to authors, and while he’s careful not to be too specific about where he goes – a magician never reveals his secrets, after all – he was up front before he left about exactly what he was looking for.

“I’m going to look at changing our road routine,” he said in May, “look at some people who have had some success on the road, see if there’s something we can do to change that up, spice this up a little bit, give us a little bit better chance.

“We definitely wanted to restudy our road routine and understand what teams that have good road records do that maybe we haven’t been doing or things we can do to tweak things.”

WHERE WADE WENT and what he learned is proprietary information.

What’s perfectly clear, however, is that it worked.

Nine months after his pilgrimage, LSU returns to Baton Rouge as the first team in program history to finish 9-0 in SEC road games. Only two teams since 1996 had accomplished the same feat prior to LSU’s 79-78 overtime win at Florida on Wednesday night. Both – Florida in 2013-14 and Kentucky in 2014-15 – made Final Fours.

The Tigers finish 9-0 on the road in SEC play!

“Our guys enjoy that ‘us against the world’ when it’s just 30 of us against 10-12 thousand of the other folks.” @wwadelsu pic.twitter.com/Y7iI90pIRu

The reasons for the drastic change in the Tigers’ fortunes are many and multiple. Of course, Wade’s trip is one. After using the same road routine last season he’d found success with at previous stops, Wade altered it this year, redistributing some of the stress from his players’ bodies to their minds.

“We are going to keep them off their feet a little bit more on the road and keep them fresher,” he said in the fall. “We changed some of the timing on some things, so maybe a little less basketball on the floor and a little bit more mental stuff, trying to lock them in.”

And, of course, win.

“I just think we kind of do the same thing,” he says. “We’re pretty boring. Nothing’s too exciting. We do the same routine and we prepare the same way.”

The itinerary isn’t the only thing that’s different from last season, though. The team’s almost entirely new, with Tremont Waters and Skylar Mays the only returners to feature in the Tigers’ eight-man rotation.

The simplest answer is Wade’s traveling with a better balanced, more dangerous roster this season.

“The games we lost on the road last year, those teams were just better than us,” he says. “One way to be a good road team is to have good players and have a good team. As simplistic as that is, that’s part of it.”

The Tigers have improved all facets – from 14th in offensive rebounding percentage in SEC games last year to first this year; from 12th in free throw rate to first; from 103 points allowed per 100 possessions to 97.

“We really try to stress to our guys: defense, rebounding and drawing fouls is what travels,” Wade says. “We gotta defend. We gotta win the rebounding battle and we gotta win the free throw battle every night, particularly on the road. If we can do that, we give ourselves opportunities to continue to be successful and win tough road games.”

THOSE TALENTS MATTER, and so does a good plan, but there’s still something else, something that’s harder to quantify but easy to observe.

Good road teams possess a psychological edge. They have poise, personality, and presence. They stare defeat in the face, take a deep breath, and calmly vanquish it.

The best statistics to support what’s already clear to the eyes might be that LSU has the most overtime wins (5) of any Division I team this season, including wins in all four road overtime games. Or, perhaps, that the Tigers have outscored opponents 249-186 in the final 10 minutes of regulation and overtime in conference play. (That’s a plus-63 margin in 110 minutes of basketball, the equivalent of winning a 40 minute basketball game by 23 points – sheer dominance.)

Here, Wade addresses the myth that LSU went a year without winning a road game, which is kinda true and also not true at all. This is all part of one long answer. pic.twitter.com/RTxraML668

Perhaps it’s the steadiness of Mays, the production of Waters, the swagger of Javonte Smart and Emmitt Williams. Maybe it’s the calmness of Naz Reid and Marshall Graves, the workmanlike demeanor of Will Reese, the experience of Kavell Bigby-Williams, or the joie de vivre of Darius Days and Marlon Taylor. It could be the preparation and thorough, diligent attention to detail of Wade and his staff.

Or, it could be that it’s the memory of Wayde Sims, a binding force that unites all of those personalities and skillsets and hearts together and puts even the most stifling of road atmospheres into perspective.

Whatever it is, it works.

The record says they do. It’s just a shame the road games are done.

“Sometimes,” Wade says, “those tournament settings turn into virtual road games. Depending on where you end up going.”

Keep winning like this away from home, and LSU’s going to win plenty in March.

Maybe some in April, too.