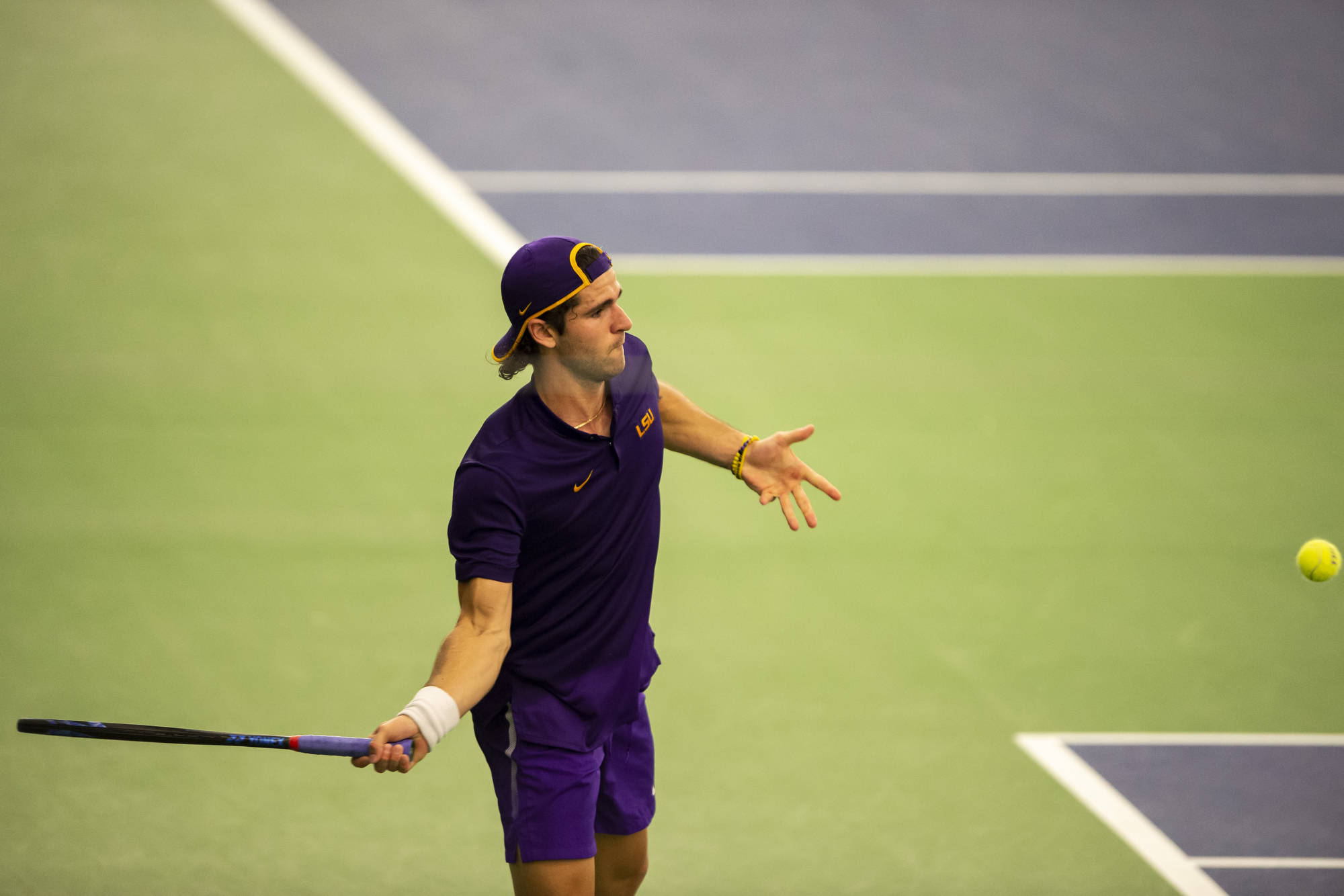 BATON ROUGE – After starting Southeastern Conference play on the road, the No. 24 LSU men’s tennis team returns home to face No. 25 Tennessee Thursday at 5 p.m. CT in the LSU Tennis Complex.

Fans attending the match will get a free Chick-Fil-A sandwich. Admission to all matches in the LSU Tennis Complex is free. Fans can follow the match at www.LSUstats.com and on Twitter @LSUtennis. The match also can be streamed online at LSUsports.net/tennisvideo.

Thoughts from the Co-Head Coach Chris Brandi
“Tennessee is always on of the top teams in the SEC and the country. They beat us pretty good last year with essentially the same team. We are glad to be back at home.”

The Matchup
LSU has the overall advantage against the Tennessee Volunteers, 33-31-1. The teams last met in 2018 in Knoxville where Tennessee took a 6-1 match from the Tigers. Rafael Wagner was the lone Tiger to earn a win after defeating Adam Walton on court three in straight sets.

Tiger Tidbits
The Tigers are 12-2 on the year after splitting the SEC opening weekend matches. LSU dropped a heartbreaker to No. 20 Alabama, 5-2 before picking up a 5-2 at Auburn.

LSU is 7-1 at home this season. The Tigers are No. 24 in the latest ITA poll, marking the third-straight week that LSU has been in the top-25.

Shane Monroe is the No. 112 singles player in the nation, and court one pair Rafael Wagner and Joey Thomas are the No. 43 duo.

Malik Bhatnagar has a team-best 12 wins on the dual season and has an 11-1 record on court three. The sophomore is currently on a five-match win streak.

Notes on the Vols
Tennessee is 9-2 on the year and fell, 4-2, to Georgia at home in its last match. The Volunteers are a perfect 2-0 in away matches and have a 1-0 record against nationally ranked teams.

In the singles rankings, Timo Stodder is No. 59, and Adam Walton is listed as No. 93. Stodder and Preston Touliatos are the No. 36 pair in the nation.

Scott Jones has a 7-3 overall record and has split time on courts two and three, and Touliatos and Walton have eight wins each to lead Tennessee.