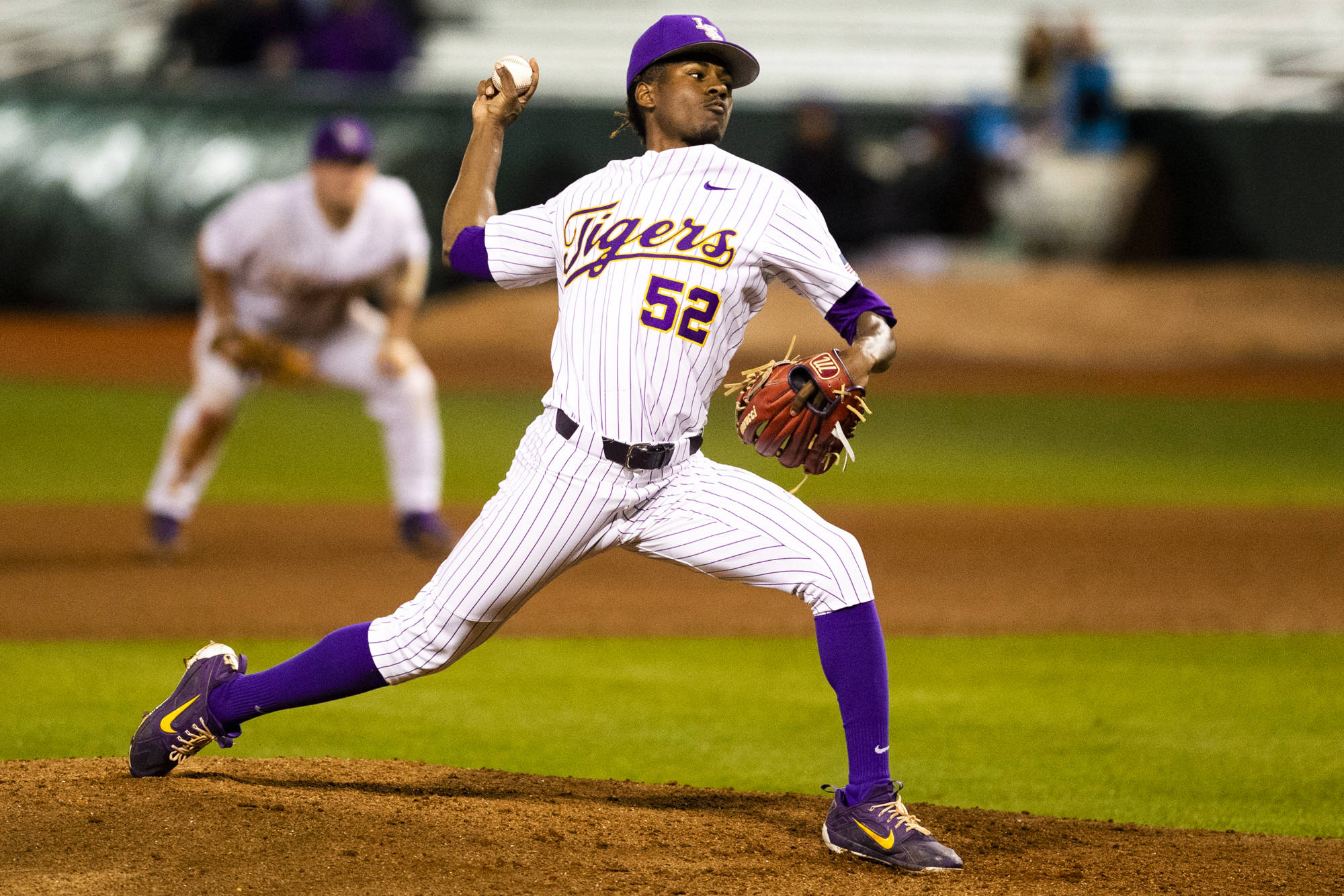 SERIES RECORD VS. HOLY CROSS
LSU is 3-0 in its games against Holy Cross. The teams last met in 2011 in the second week of the season where the Tigers swept the Crusaders in the three-game series. The Tigers defeated Holy Cross by scores of 12-3, 14-3 and 15-4.

QUOTING PAUL MAINIERI
“Holy Cross earned their first win of the season against Nicholls Sunday, so they will be fired up to play. Everyone is fired up to play LSU. We have to be ready for that. There’s not a lot of time to feel your way through the season. The competition is so good that you have to be ready to play every night, and we will be ready to play Wednesday against Holy Cross.”

ABOUT THE TIGERS
• LSU started the season 8-0 for the ninth time in school history and fourth time under head coach Paul Mainieri. The Tigers are currently 8-3 on the year.
• Sophomore right-hander Ma’Khail Hilliard will make his 13th career start and first start of the season Wednesday night. He threw three innings in two appearances last week, walking two and striking out four. In 2018, Hilliard had a 9-5 record with a 3.75 ERA. He threw 76 innings, walked 31 and struck out 70.
• Sophomore right-hander Eric Walker made his first start since 2017 Wednesday versus Southern, and he blanked the Jaguars in two innings and struck out three … Walker returned to the mound Sunday against Texas and allowed three runs on four hits, walked one and struck out one in four innings of work.
• Freshman Cole Henry was brilliant as he entered out of the bullpen Sunday and threw 3.1 innings and allowed one run on three hits, walked one and struck out a career-high four batters.
• Junior outfielder Zach Watson batted .471 (8-for-17) in four games last week with three doubles, three RBIs and five runs scored … Two of his doubles were in the contest against Southern, and he ripped one in the opening game of the Texas series before scoring … On the season, he has a .349 batting average (15-for-43) and has scored 13 runs, which is second-most on the team. He is tied with shortstop Josh Smith with five doubles.
• Junior shortstop Josh Smith is batting .452 (19-for-42), which is a team-high. The junior has five doubles, seven RBIs and a team-best 16 runs scored.
• Senior infielder Chris Reid batted .400 (4-for-10) last week with two doubles, three RBIs and four runs … Reid earned his first start of the season Sunday after going 2-for-2 at the plate with one run Saturday afternoon, and he followed with a 1-for-4 day with one walk and one run scored Sunday.

ABOUT THE CRUSADERS
• Holy Cross is 1-10 on the season and earned its first win Sunday against Nicholls, defeating the Colonels, 8-6.
• As a team, Holy Cross is batting .198 with nine doubles, two triples, five home runs, 28 RBIs and have recorded nine steals on 12 attempts.
• Freshman outfielder Ben Malgeri has a team-best .324 batting average (12-for-37). He has a team-high three doubles, one home run, three RBIs and has two stolen bases.
• Holy Cross’ pitching staff has a combined ERA of 9.35. They have struck out 58 and walked 63 in 86.2 innings pitched.