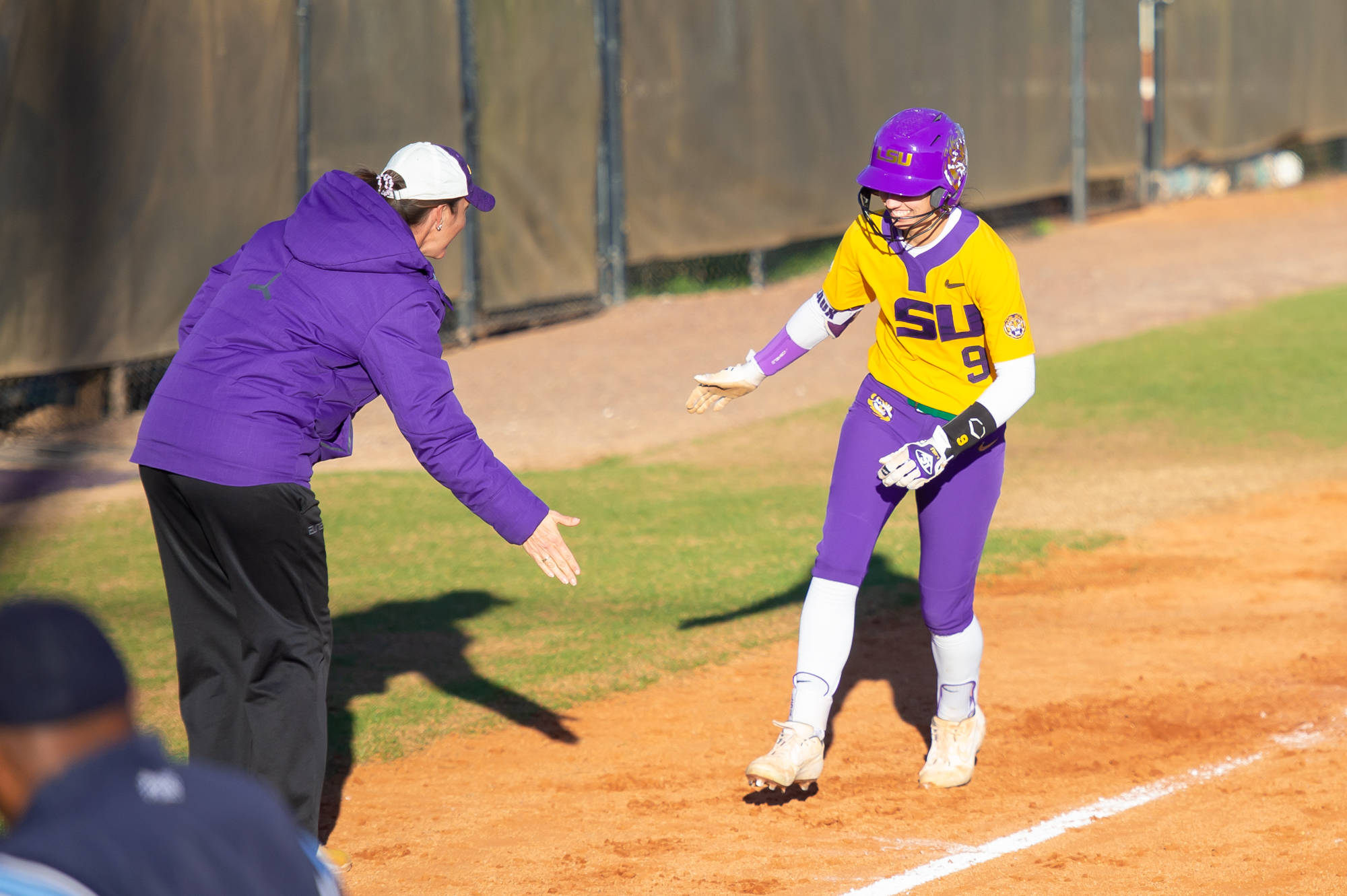 NATCHITOCHES, La. – The ninth-ranked LSU softball team rallied off 13 hits to defeat Northwestern St. by a score of 10-3 on Tuesday evening at Lady Demon Diamond. The Tigers improve to 19-4 on the year,  while the Lady Demons drop to 8-12.

For the fourth-straight game, the Tigers got on the board first. Senior Shemiah Sanchez blasted a solo shot over the left field wall in the second inning, taking a 1-0 lead on the Lady Demons. The dinger is her fifth on the year and her third in two games.

Northwestern State answered in the bottom of the inning with a run off a double and a sacrifice fly.

Shemiah Sanchez put her second dinger of the day over the fence in the fourth inning, a solo shot over the right-center field fence. Sanchez has hit four dingers in the past two games.

The Lady Demons answered again in the bottom of the fourth with a solo home run off freshman Ali Kilponen, going over left field and tying the game up 2-2. The Tigers made a change in the circle, going to Shelbi Sunseri. Sunseri got the Tigers out of the inning with a strikeout.

The Tigers threaten in the fifth, putting runners on first and second with one out. Sunseri and Amanda Doyle moved up on a wild pitch and Michaela Schlattman followed with a walk. With two outs, Elyse Thornhill smashed the ball over the left-center wall, her first home run of her career, a grand slam to take a 6-2 lead on the Lady Demons.

The Lady Demons threaten in the bottom of the fifth with the bases loaded, but the Tigers got out of the inning with no damage.

In the sixth, another run came across for the Tigers off a single up the middle by Michaela Schlattman, scoring Sunseri from second. The run extended the Tigers’ lead to 7-2. Amanda Doyle extended the lead to 10-2 in the seventh with her fifth dinger on the year, a three-shot to center.

Northwestern St. attempted to make a comeback in its final at-bats, scoring a run off a sacrifice fly. But Sunseri closed out the game for the win to improve to 5-3 on the year. She didn’t allow a run and tallied three strikeouts.

The Tigers will continue their four-game road swing this weekend, opening up SEC action on Friday at Texas A&M. All three games will stream live on the WatchESPN app and Sunday’s game will air on SEC Network.

For all of the latest news and information on Tiger softball, visit www.lsusports.net/softball. Fans can also follow the program on its social media outlets at www.Facebook.com/lsusoftball along with @lsusoftball and @BethTorina on Twitter and @lsusoftball on Instagram