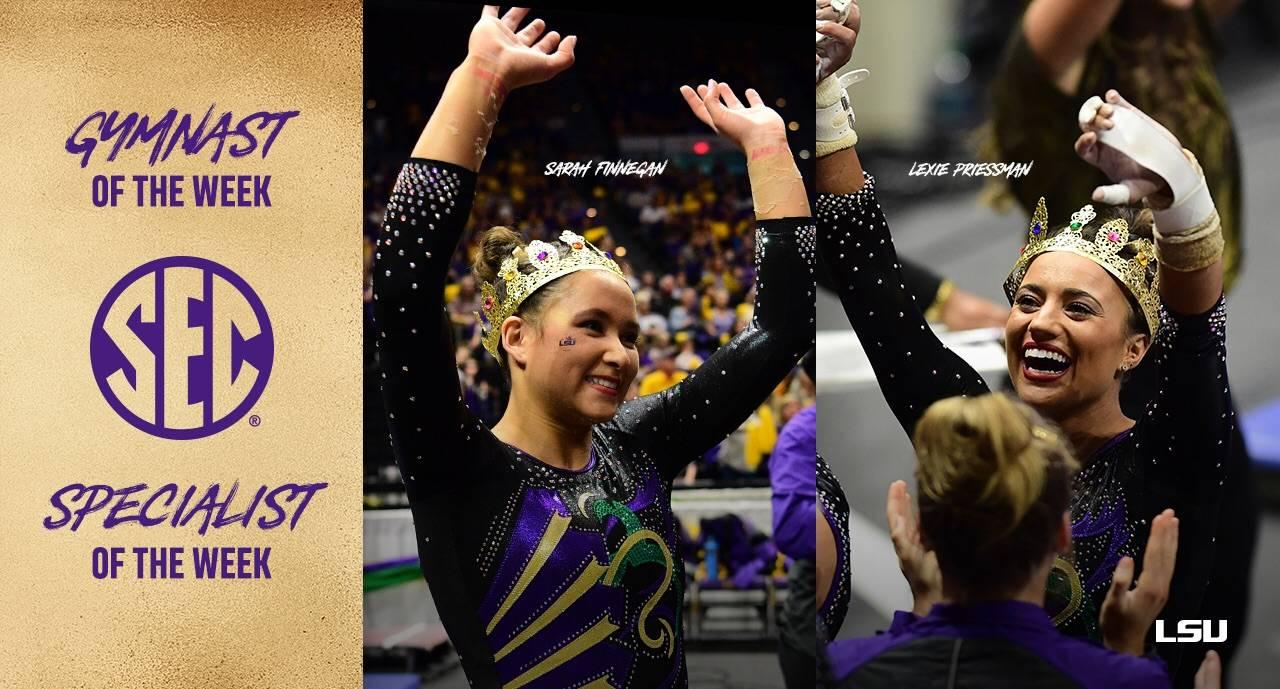 Priessman was named the SEC Specialist of the Week following her 10.0 performance on bars. The Cincinnati, Ohio, native missed the last three meets with an injury but returned with a perfect routine.

Finnegan was named the SEC Gymnast of the Week for the fifth time in 2019 after winning the all-around and scoring a perfect 10. Finnegan earned the first 10 on beam in the country this season. It marked the fourth perfect score in her career and she joined April Burkholder as the only gymnasts in school history with two perfect scores on beam

Finnegan won the all-around with a score of 39.675, the highest in the league this week. It marked the ninth all-around victory in 10 meets this year. Finnegan also opened the meet with a 9.90 on vault and ended the night with a 9.95 on floor.

A PERFECT group of LSU gymnasts!@lpriessman2016 joined the list of Tigers to score a perfect 🔟 pic.twitter.com/Sj7PMnenzr

Priessman and Finnegan along with fellow seniors Julianna Cannamela and McKenna Kelley will compete in the PMAC in the regular season for the final time on Friday night when the Tigers take on Oregon State. The pre-meet festivities will begin at 7:10 p.m. with first vault set for 7:30 on WatchESPN.com and the app.