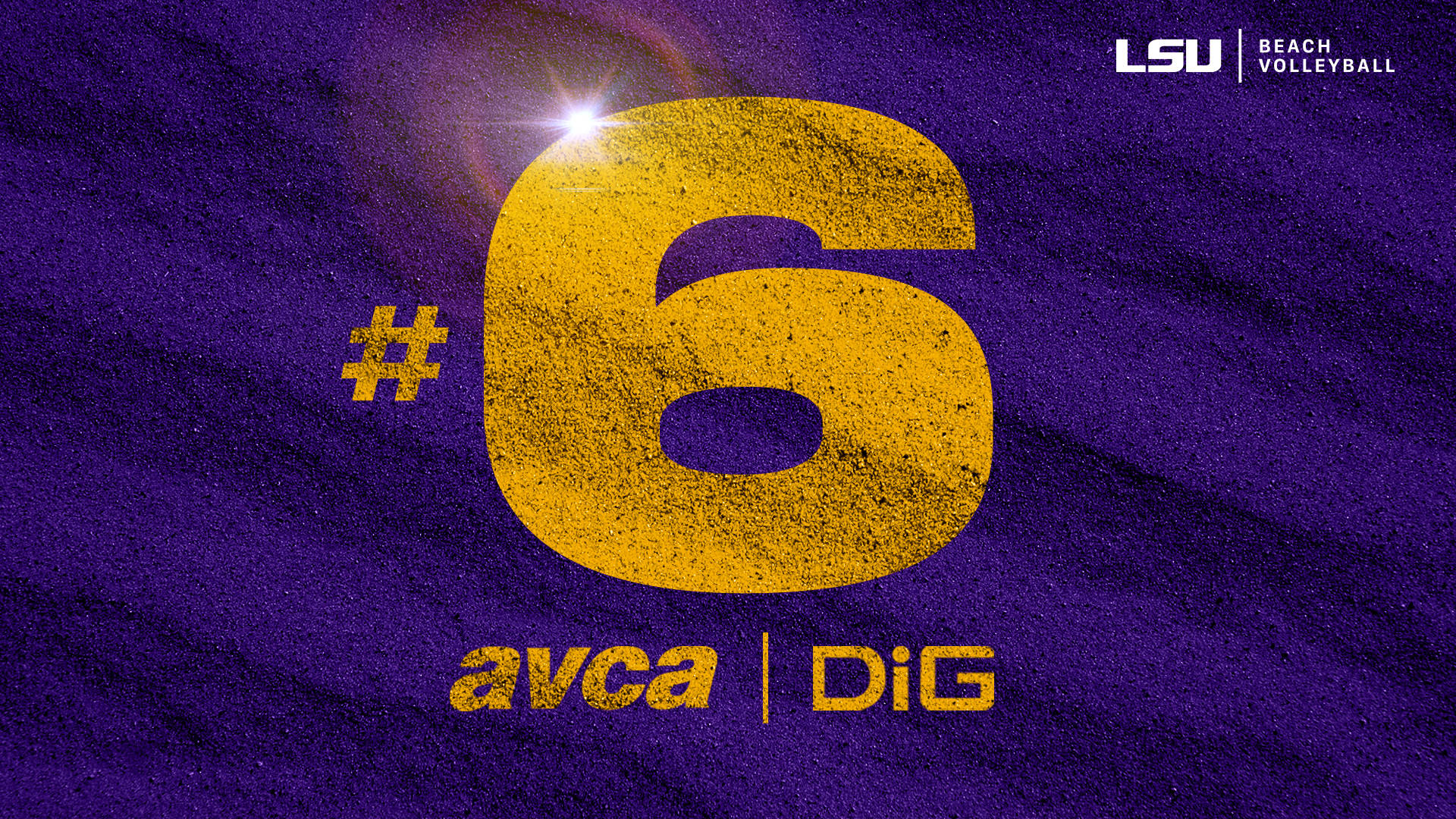 BATON ROUGE – The LSU Beach Volleyball team (6-2) remained in the AVCA Top-10 for the 26th consecutive week after it went 2-2 over the weekend in the Beach Burrow Bash at FAU.

LSU dropped from No. 4 in the AVCA and DiG Magazine rankings to No. 6 in both polls.

The two losses over the weekend were to No. 5 Florida State and No. 10 South Carolina, two teams that LSU defeated the prior weekend when it went 4-0, defeating four Top-20 teams including three in the Top-10, and vaulted into the Top-5 for the first time in program history.

LSU will have a chance to climb back up again this weekend though when it travels to Manhattan Beach, Calif. to face four of the top five teams in the nation in No. 1 UCLA, No. 2 USC, No. 3 Pepperdine and No. 5 Hawaii. Last year at the same event, LSU became just the sixth team all-time to notch at least one victory against USC.