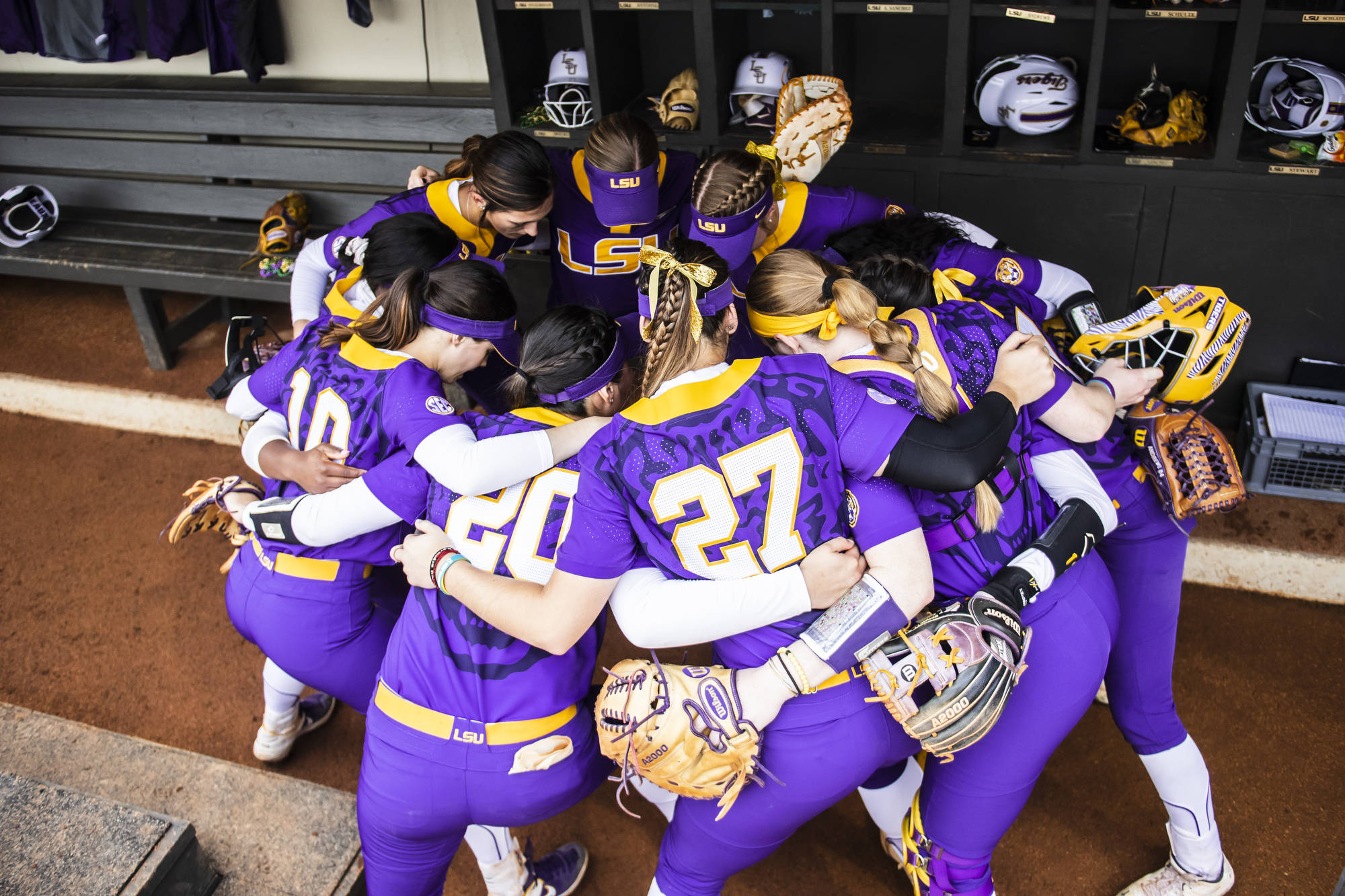 BATON ROUGE – After playing the last 11 games at Tiger Park, the No. 10/9 LSU softball team will hit the road for a four-game road swing. The Tigers head to Northwestern St. on Tuesday for a midweek matchup at 3:30 p.m. The game will air live on Cox Sports Television.

The Tigers are coming off a 4-1 weekend in the Purple & Gold Challenge, claiming wins over USC Upstate, Illinois State and Stephen F. Austin. The Tigers put together their ninth run-rule of the season on Sunday, downing Stephen F. Austin 13-3 in five innings.

Amber Serrett led the Tigers on the weekend, hitting .545 with a 1.091 slugging percentage and a .615 on-base percentage. She hit two home runs and tallied a team-high six RBI. Shemiah Sanchez and Shelbi Sunseri also hit two home runs apiece. Sanchez hit her first grand slam in her career on Sunday against SFA.

The Tigers are hitting .346 as a team and are holding their opponents to a .167 batting average. Wickersham is 6-1 in the circle and has the lowest ERA on the team at 1.20.

Series Record Against…
The Tigers own a 28-0 all-time record against Northwestern St. Last year, the Tigers took down the Lady Demons 8-0 in five innings.

Scouting the Opposition
Northwestern St.
The Lady Demons are 8-11 on the season and are 6-0 at home. Cayla Jones is leading the team with a .327 batting average. She owns 16 hits in 49 at-bats and leads the team with three home runs. She is 6-for-6 in stolen bases and has drawn 14 walks on the year.

In the circle, Mikayla Brown leads the staff with the lowest ERA of 2.53. Bronte Rhoden has the best record of 4-1. She owns one shutout. Samantha Guile has struck out the most batters of 30 in 39.1 innings of work.

What’s On Deck
The Tigers continue their four-game road swing Friday through Sunday, opening SEC action at Texas A&M. All three games will stream live on the WatchESPN app and Sunday’s game will be on SEC Network.