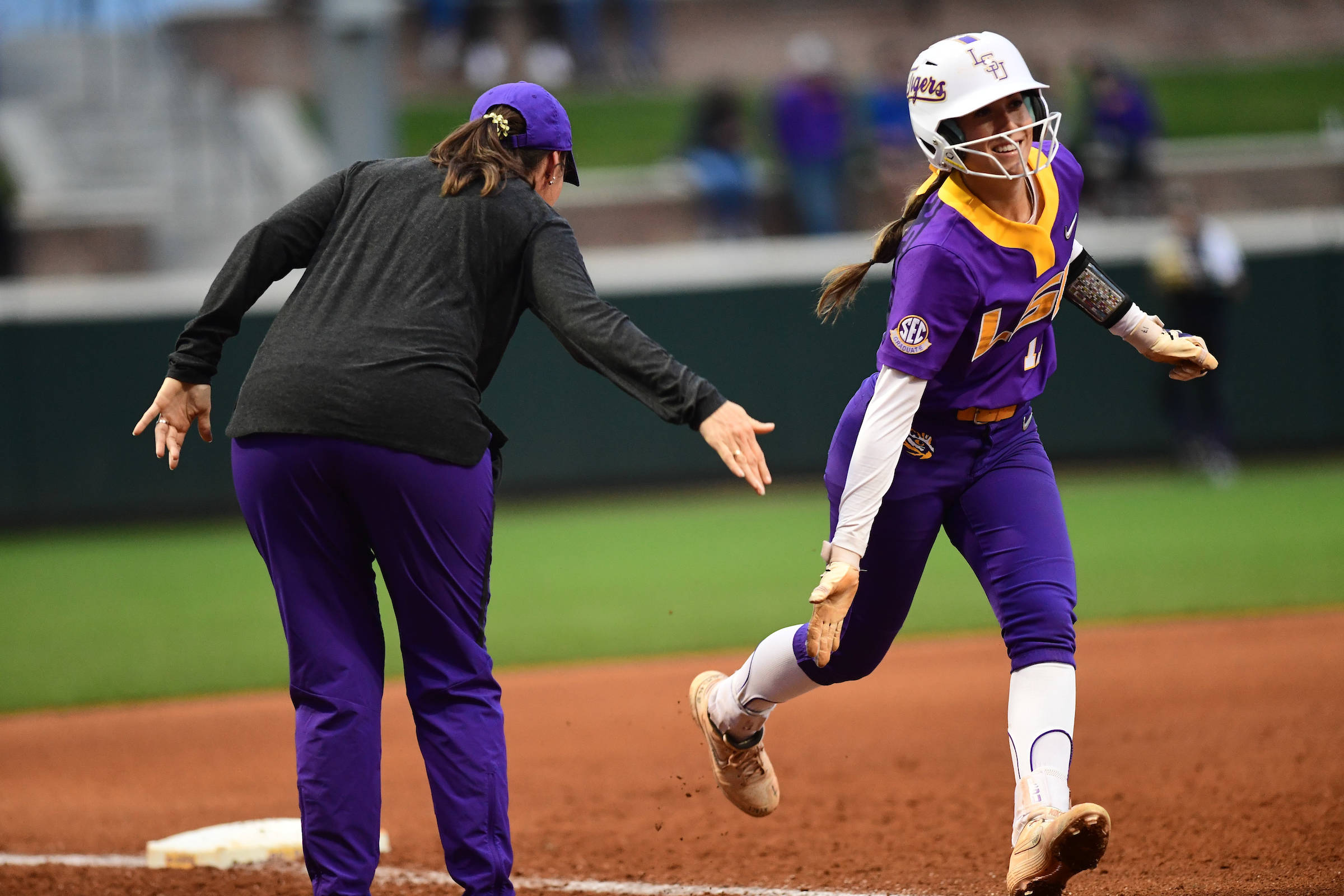 BATON ROUGE – The ninth-ranked LSU softball team swept Stephen F. Austin and Illinois State on Day Two of the Purple and Gold Challenge.  The Tigers defeated SFA 6-0 and took care of Illinois State 6-2 to improve to 17-4 on the season.

The Tigers got on the board first in the third inning after Amanda Sanchez‘s 10th double on the year, scoring Savannah Stewart and Aliyah Andrews, who reached base on back-to-back infield singles.

Maribeth Gorsuch threw seven shutout innings with seven strikeouts to improve to 5-0 in the circle.

For the second-straight game, the Tigers scored first. Andrews led off with a single and advanced to second on a single up the middle by Amanda Sanchez. The two would advance on a double steal and Andrews came into score off a throwing error by the catcher, taking a 1-0 lead.

The Tigers took a 2-0 lead in the second inning after Serrett’s second home run on the day, a moonshot to the Tiger Terrace.

Illinois St. answered in the next inning with a run, but Sunseri extended the Tigers’ lead in the bottom of the third with a solo shot off the scoreboard, her second on the night and 11th on the year.

In the bottom of the fifth, the Tigers strung together three runs. Andrews scored on a Sunseri single through the left side. Amanda Sanchez would come in on a Serrett single to center and Karrington Houshmandzadeh, who came into pinch run for Sunseri, scored on a wild pitch, taking a 6-1 lead.

Ali Kilponen claimed the win in the circle, improving to 3-0 on the year. The Tigers were able to get out a bases loaded jam in the top of the seventh after Shelby Wickersham came in to shut down the Redbirds’ comeback attempt. The Redbird scored but Wickersham closed it out, claiming her first career save.

“They had a great day, when Amber starts swinging well and when she gets hot, watch out.  She tends to do that at some point every year. Let’s hope she can continue this into next week, starting SEC play.  Shelbi continues to do what Shelbi has done. It’s pretty amazing, it’s really fun to watch the season she’s having.”

Thoughts on how Ali Kilponen pitched tonight and what she needs to improve:

“She did a good job, but we definitely need to eliminate the walks.  We turned the lineup a little more than we would have liked to. We didn’t want to see the top of the lineup there in the 7th inning, but otherwise she was really good.  She did a nice job out there.”

LSU will take on Stephen F. Austin on Sunday at 11:30 a.m. CT. The game will stream live on SEC Network+.