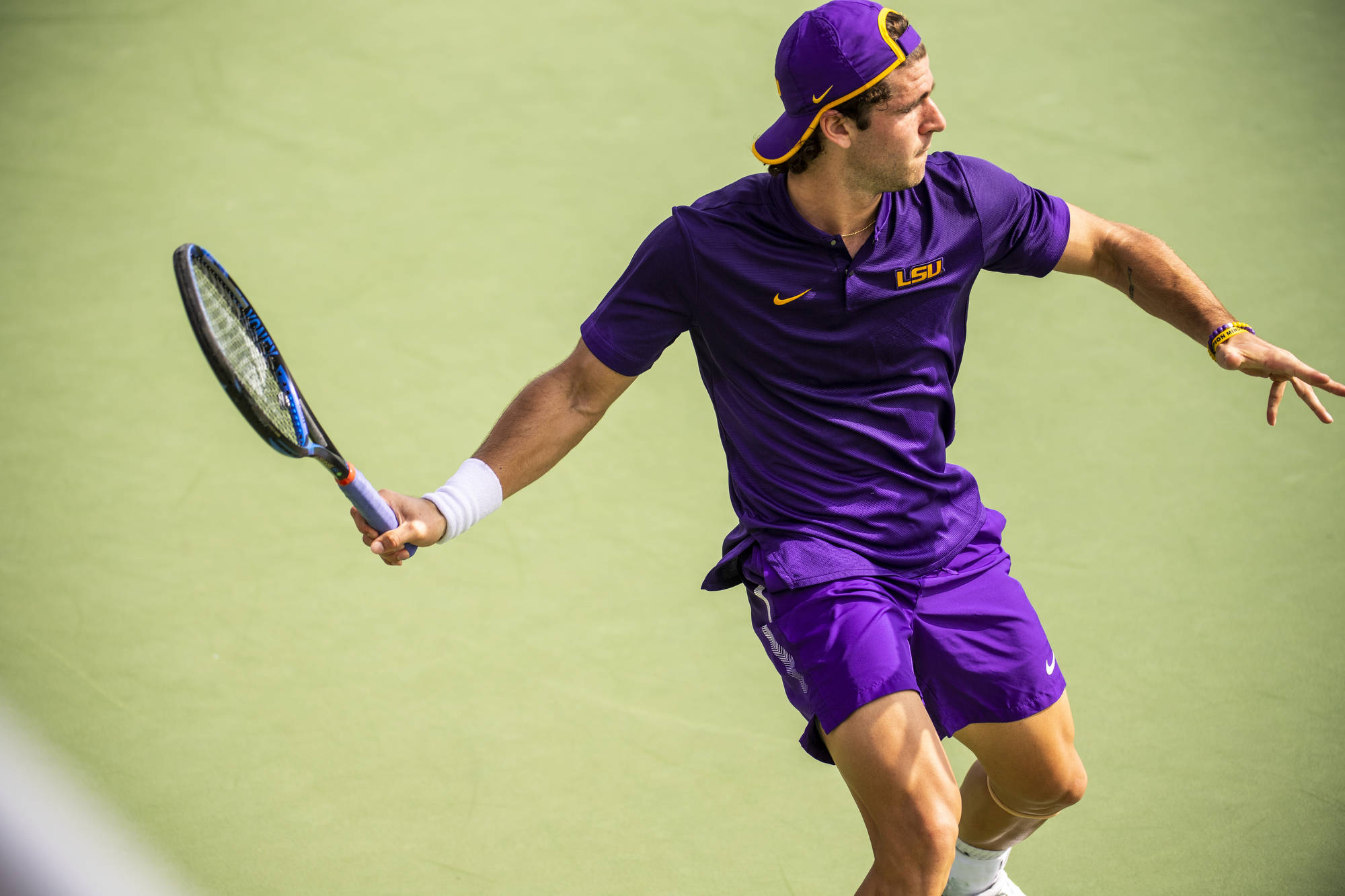 AUBURN, Ala. – After beginning its weekend at No. 20 Alabama, the No. 18-ranked LSU men’s tennis team will conclude its road swing with a match against the Auburn Tigers at Noon CT Sunday, March 3, at the Yarbrough Tennis Center in Auburn, Alabama.

LSU hold a 35-16 overall record against Auburn. The Tigers last met in 2018, when LSU was victorious, 4-3, at the LSU Tennis Complex. Senior Shane Monroe, junior Rafael Wagner, and senior Nikola Samardzic took points at the singles court. Monroe and Wagner also won on their doubles courts.

Live scoring is available at LSUsports.net. Auburn is providing a livestream and can be viewed by clicking here.

On Friday to open SEC play, LSU fell to Alabama, 5-2, on the road in Tuscaloosa. On the singles courts, sophomore Malik Bhatnagar and freshman Boris Kozlov were victorious for the Tigers. The doubles duo of Kozlov and freshman Nick Watson won their set at No.3 doubles, 6-2.

No. 112-ranked senior Shane Monroe leads LSU at No. 1 singles, while Bhatnagar leads the team with eleven wins in singles. In doubles, the No. 45-ranked pair of Rafael Wagner and Joey Thomas lead the team with seven wins.

Tim Dollman leads Auburn on the season with eight wins on the singles courts, while the duo of Tad Mclean and Brandon Laubser have five doubles win this season.