No. 12 LSU Looks to Carry Momentum Against Auburn 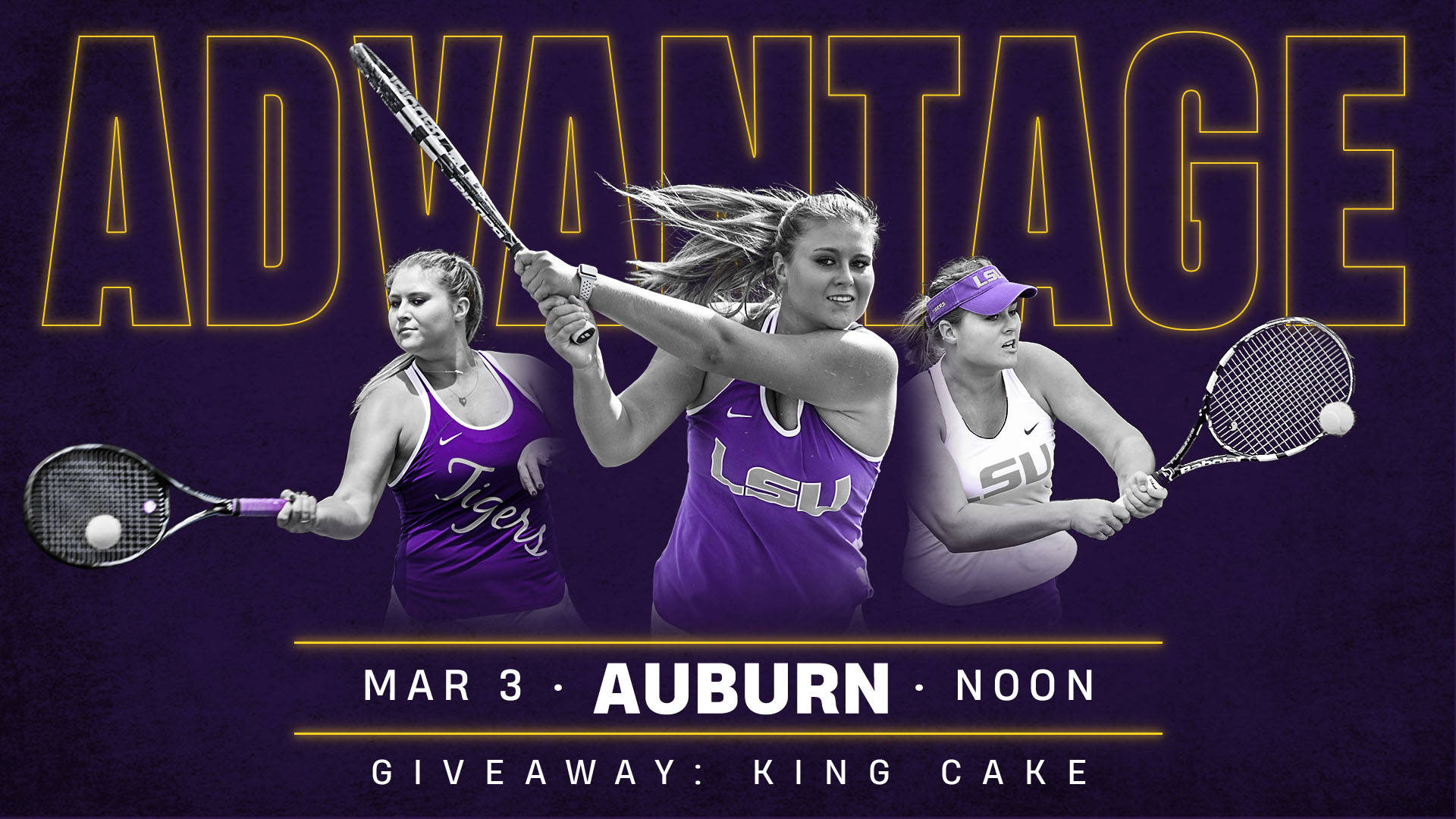 BATON ROUGE – The No. 12-ranked LSU women’s tennis team will work to continue their great start to conference play when they face Auburn on Sunday, March 3, at Noon CT at the LSU Tennis Complex.

To celebrate the Mardi Gras season, fans will receive a piece of King Cake. Admission to all matches in the LSU Tennis Complex is free. Fans can follow the match at www.LSUstats.com and on Twitter @LSUWTen. The matches will also be streamed online at LSUsports.net.

LSU will face Auburn for the 43rd time in history, and has a 28-14 advantage in the series.

The Purple and Gold is 11-2 overall and opened SEC play with a dominating 4-0 sweep over Alabama on Friday. No. 15-ranked sophomore Eden Richardson defeated No. 62 Andie Daniell in straight sets, 6-2, 6-3, at No. 1 singles.

In doubles play, the No. 11-ranked pair of Richardson and senior Jessica Golovin comfortably won their match 6-2, while the No. 57 duo of junior Paris Corley and sophomore Taylor Bridges were victorious, 6-4, and extended their doubles win streak to four.

Auburn is led in singles play by the No. 75-ranked Jaeda Daniel and No. 89 Jayyci Goldsmith. On the doubles courts, the No. 43 duo of Sophia Graver and Taylor Russo are on a seven-match winning streak.