Gym Scores Season High in Win over No. 7 Georgia 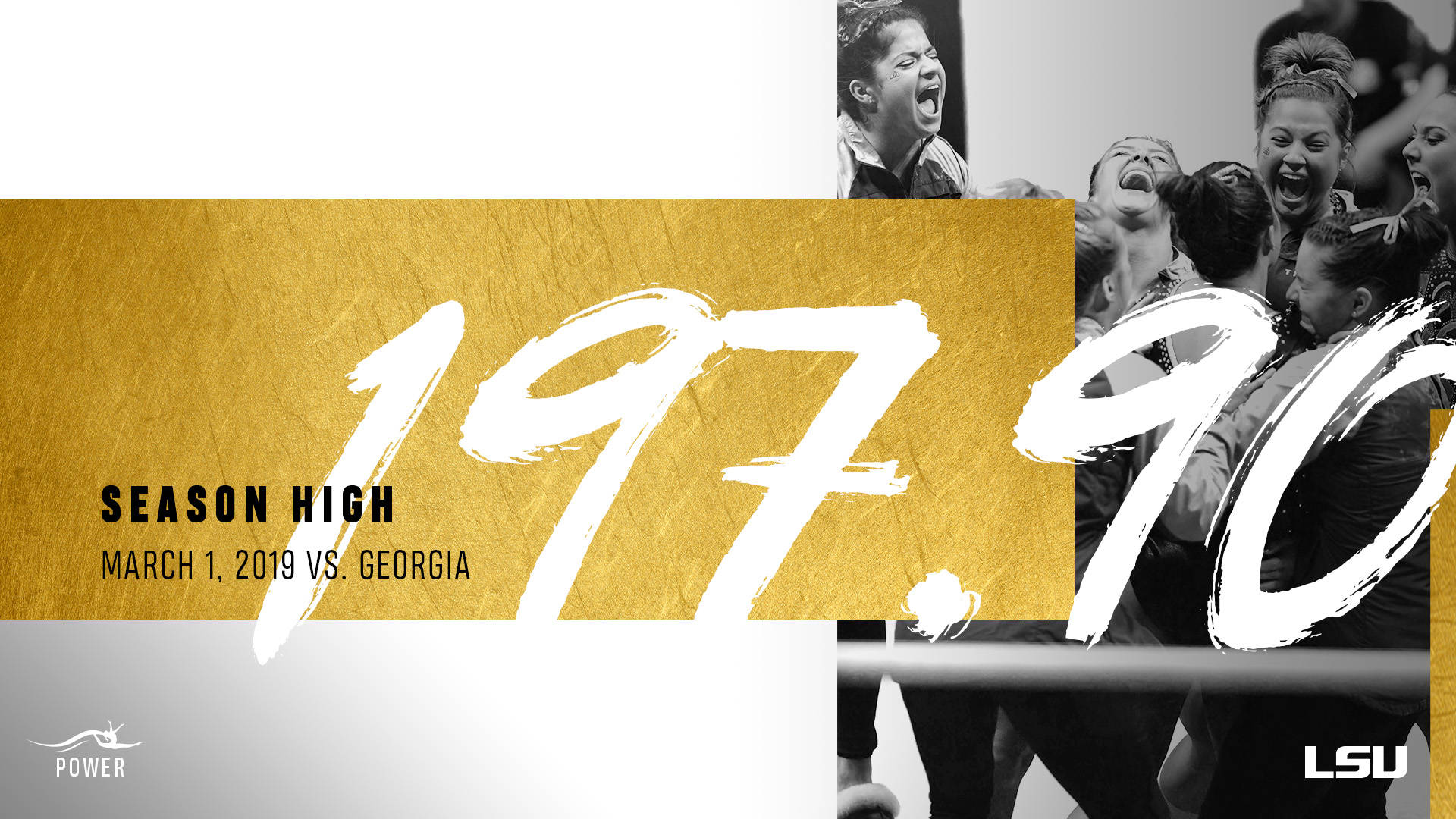 BATON ROUGE – It was a night of perfection for the fourth-ranked LSU gymnastics team as senior Lexie Priessman and Sarah Finnegan each earned a 10.0 to lead the Tigers to a dominating win over No. 7 Georgia Friday night inside the Maravich Center.

Priessman, an All-American and SEC champion on bars, earned the SEC’s first perfect score for 2019 in the fifth spot of the bars lineup. The Cincinnati, Ohio, native became the fourth gymnast in school history to earn a perfect score on bars as she joined her teammate Finnegan, Sharene Mamby (’01) and Syreeta Barnett (’97).

In the anchor of the Tigers’ beam lineup Finnegan recorded the fourth perfect score of her career and second on beam. The Lee’s Summit, Missouri, native won her 21st beam title and joined April Burkholder as the only gymnasts in school history to earn a 10 on beam twice. The routine was also the first perfect score on beam in the country in 2019.

“It was a really great night of competition and such a wonderful crowd that pushed this team,” head coach D-D Breaux said. “The key was momentum, the enthusiasm and the excitement that our team had tonight. It was great to see the judges reward such great routines.”

Finnegan Leads Squad with 9.90 on Vault
Finnegan opened things off for LSU with a 9.90 on the way to a 49.325 on the event. Juniors Ruby Harrold and Kennedi Edney posted scores of 9.825. Senior Julianna Cannamela earned a 9.85 and McKenna Kelley and Sarah Edwards posted scored of 9.875.

Priessman Perfect on Bars
After missing the last three meets, Priessman returned in style with her perfect score. Athens, Georgia’s own Sami Durante opened bars with a 9.90. Freshman Bailey Ferrer scored a 9.87 and Harrold followed with a 9.85. Finnegan anchored the lineup with a 9.825.

Finnegan Leads Beam to Second-Highest Score in School History
LSU used a solid five scores for a 49.650, which marked the second-highest score in school history and the highest in the nation this year. Christina Desiderio opened things up for the squad with a 9.90. Durante scored a 9.875 and Edney bounced back for a 9.90. Sophomore Reagan Campbell set up Finnegan’s routine with a near-perfect 9.975 in the fifth spot for a career high.

Floor Seals Season-High Score
Finishing off her outstanding night was Finnegan, as she ended the night with a 9.95 on the floor to take the win. Edney completed her best floor routine of the season with a 9.925 and Kelley also scored a 9.925 in the anchor spot. The squad also used scores of 9.85 from Campbell and 9.825 from Harrold.

Up Next
The fourth-ranked Tigers attempt to keep their winning streak alive at home as they host Oregon State, Friday March 8th. It will be senior night for LSU’s Cannamela, Finnegan, Kelley and Priessman. Intros for the meet begin at 7:10 p.m.