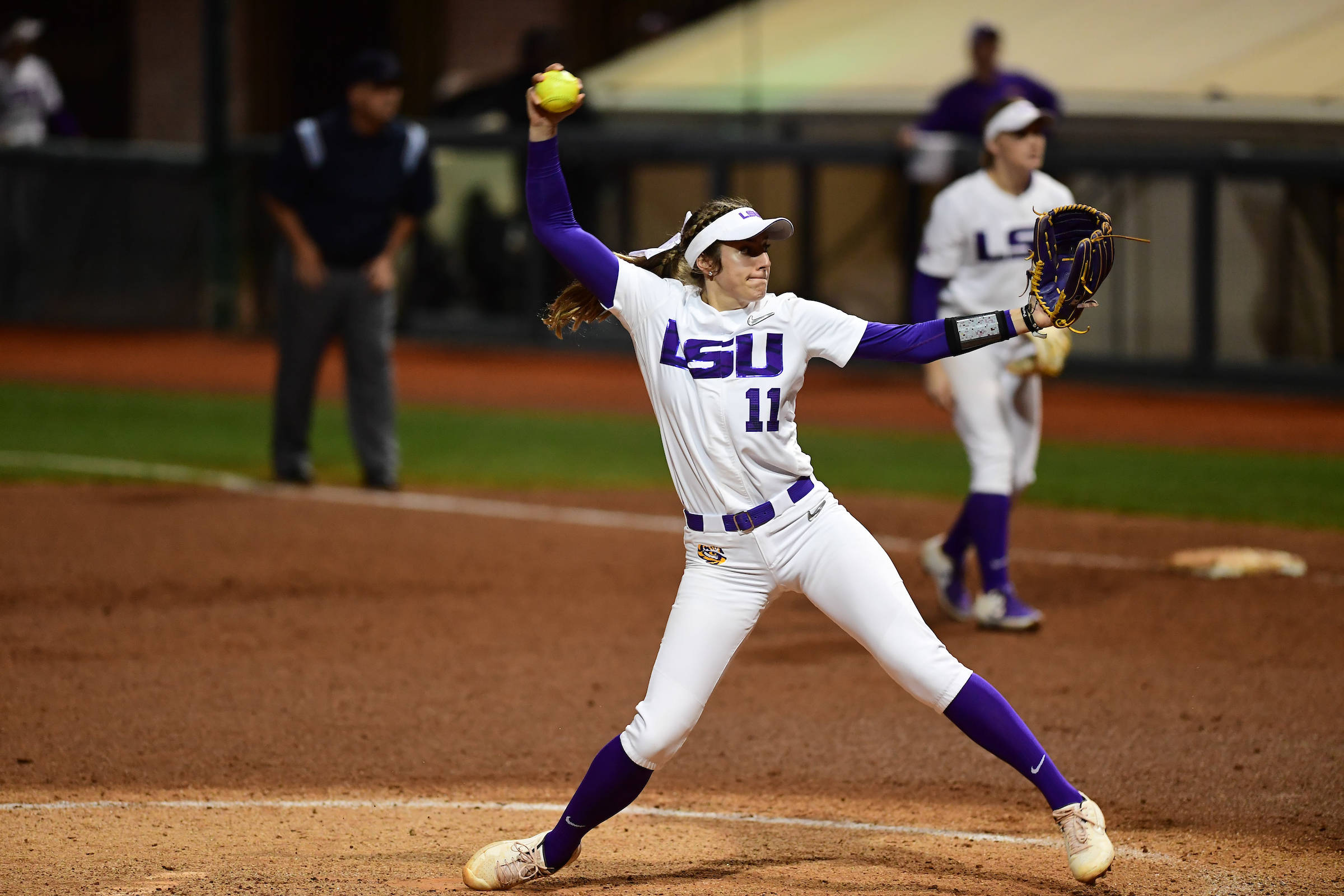 BATON ROUGE – The 9th – ranked LSU Tigers split their first two games of the 2019 Purple and Gold Challenge, defeating USC Upstate and then falling to No. 16 Indiana.  The Tigers are 15-4 on the season.

The Tigers got the scoring started in the third inning.  Taryn Antoine led off the inning with a bunt single.  She advanced to second on a stolen base and later moved up to third on a passed ball.  First baseman Amanda Doyle drove her in on a laser sac-fly to center field for a 1-0 Tiger lead.

Antoine got things going once again in the fifth with a leadoff walk before stealing second and advancing to third on a passed ball.  With the bases loaded and two outs, Amber Serrett was hit by a pitch which scored Antoine for the Tigers second run of the game.

In the circle, Shelby Wickersham went the distance to improve to 5-1 on the season. The freshman gave up only four hits and had two strikeouts. USC Upstate (12-2) threatened in both the fourth and fifth innings with one-out doubles but Wickersham worked out of both jams by retiring the next two batters.

Indiana got the scoring started as the Hoosiers scored one in the first and second to open up a 2-0 lead.

In the bottom of the second, Doyle drew a walk and then came around to score on a Georgia Clark double that went under the glove of the Indiana left fielder and went all the way to wall.

Clark then came around to score thanks to an Elyse Thornhill single, which tied the ballgame up at two runs apiece.

The Hoosiers (15-1) responded by scoring two in the third, one in the fifth, and two in the sixth with help from five fielding errors by the Tigers.

Despite a sixth inning dinger by Doyle, the Tigers fell short of an attempted comeback, losing 7-3.

“I think Indiana is the type of team that forces errors.  Honestly I think as much as we made the errors they earned the errors.  We talked about how that’s something they do and we prepared for it but we did not execute.”

“I think they need to better moving forward.  However, I do think they gave us their best effort.  I have to have a better plan for them as far was what we are calling and throwing but I think there is always room for improvement.”

On still having a chance in the seventh:

“As long as there are outs still out there this team has hope.  When you have offense, you have hope all the time.  We were never out of it tonight, we just didn’t execute the plan.

LSU will be back in action on Saturday, taking on Stephen F. Austin Friday at 5 p.m., followed by Illinois State at 7:30 p.m.