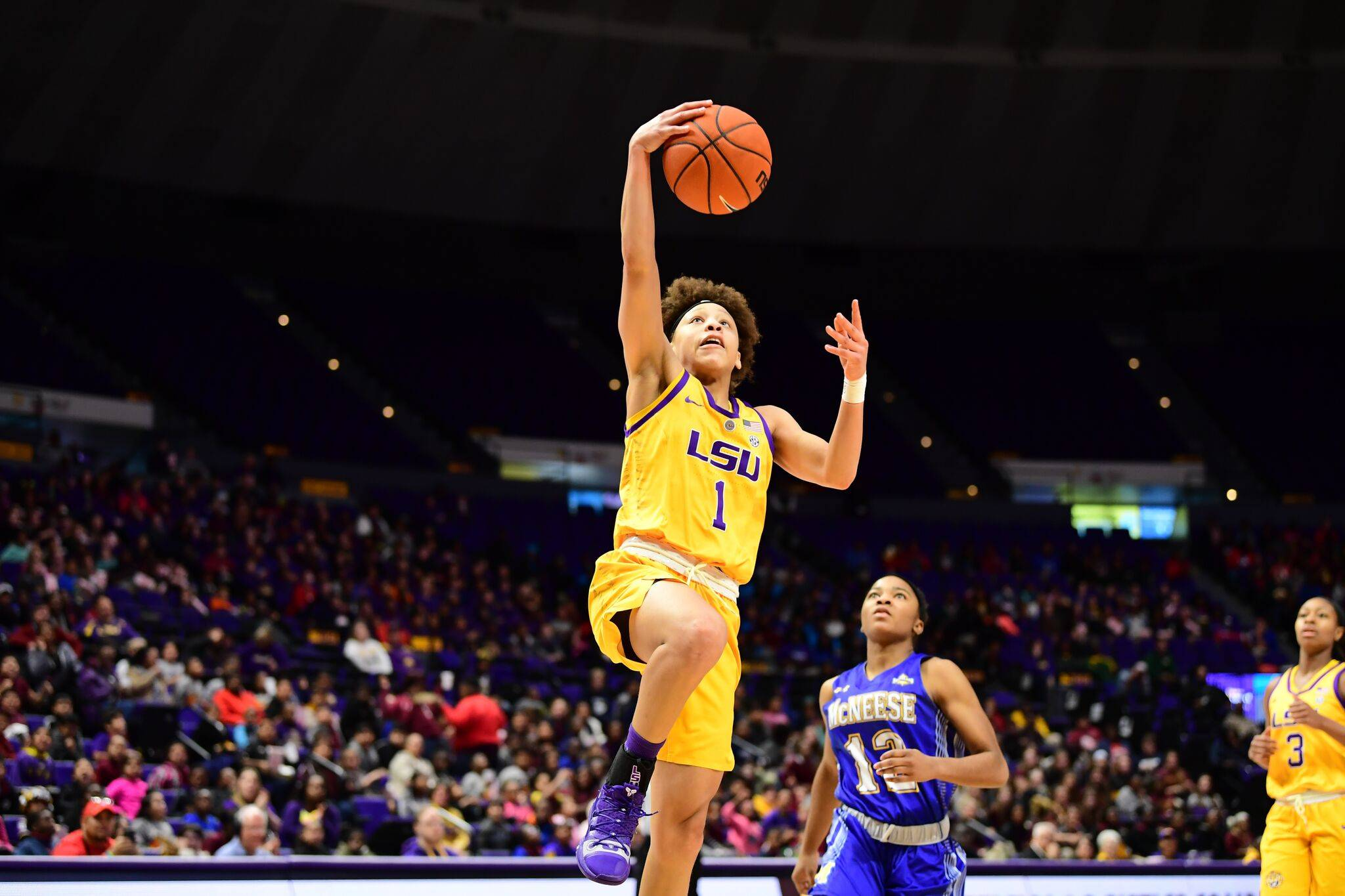 Sophomore Jailin Cherry scored a career-high 17 points to lead the Lady Tigers, while junior Ayana Mitchell recorded her 14th double-double of the season with 11 points and 15 rebounds.

LSU was able to keep the game close in the first half. Cherry’s first three-point basket and Khayla Pointer‘s first four free throws of the game put LSU on a 7-2 run to cut the Bulldog lead to two, 9-7. Cherry had 10 points at the end of the first quarter and Pointer ended up with 15 points on the night, including nine-of-10 from the free throw line.

“(Cherry) was very aggressive off the bounce,” said LSU head coach Nikki Fargas. “She has really done a good job and provided a spark for us lately.”

In the second quarter, Faustine Aifuwa hit a jumper in the lane to cut the Mississippi State lead again to two, 26-24. Unfortunately for LSU, costly turnovers and some big runs by the Bulldogs would end up being the difference for the rest of the game.

“Mississippi State converts off of turnovers as well as anyone in our league,” said Fargas. “We struggled on setting and using screens to get open in the play action that we worked on. It felt like their pressure really affected us. When your offense is really choppy and you are turning the ball over at that rate, it is going to be really hard to set your defense.”

LSU wraps up the regular season on Sunday at 2 p.m. in the PMAC against Auburn. The 2019 SEC Women’s Basketball Championship Tournament is next week, March 6-10, in Greenville, South Carolina.