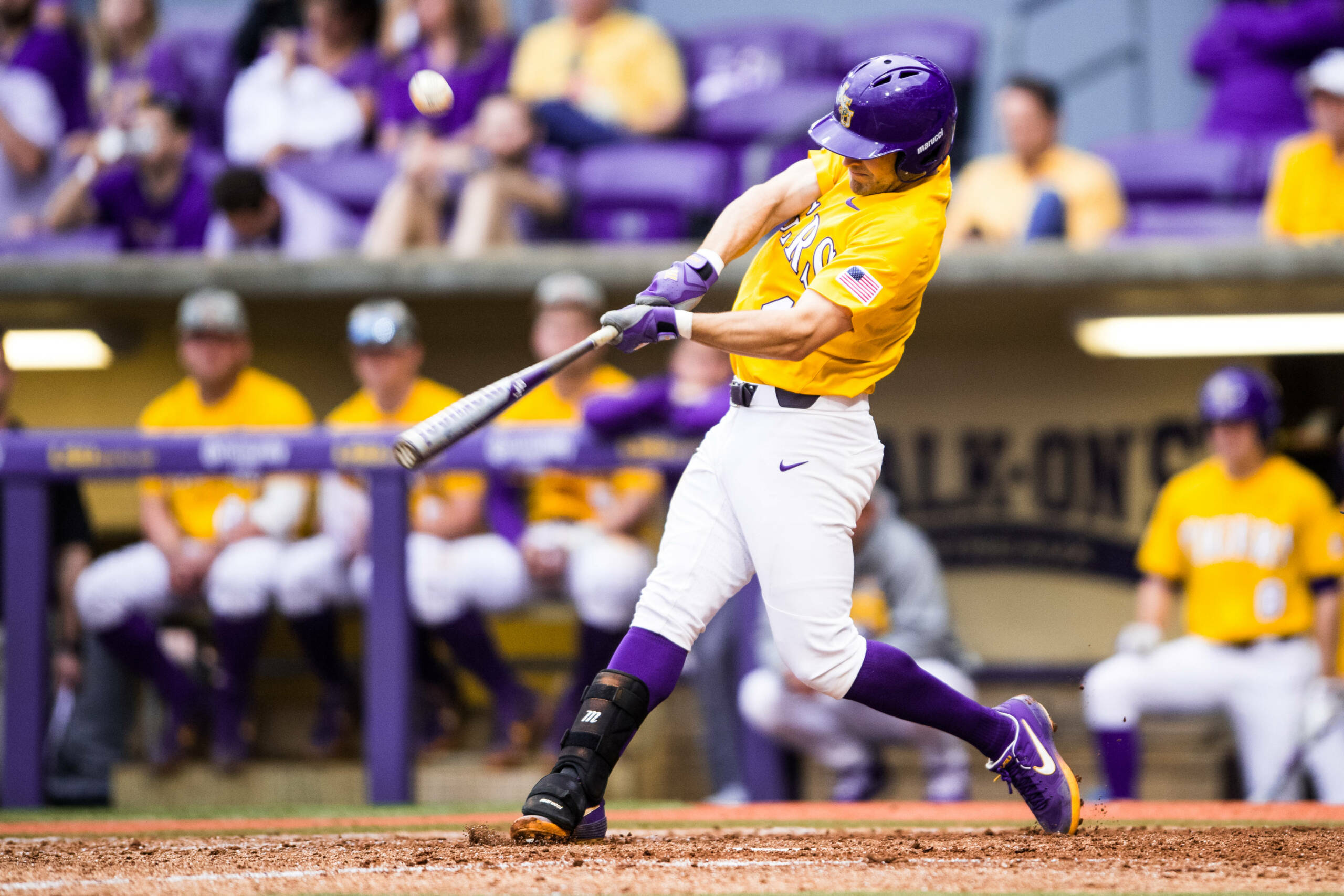 RADIO
The game will be carried on affiliates of the LSU Sports Radio Network, including WDGL 98.1 FM in Baton Rouge.

TELEVISION
All three games will be aired on the Longhorn Network (click here to confirm streaming access). Although the Longhorn Network has an internet presence hosted by ESPN, it functions as a TV Everywhere service that is unavailable to subscribers unless your cable and internet service provider carries the network, with further geographical restrictions (usually confined to the states contained within the Big 12 Conference); WatchESPN enforces the same restrictions in carrying the Longhorn Network feed on that site.

Streaming access to LHN requires a subscription from an affiliated video service provider. Where such cable authentication allows, LHN is available to stream via the ESPN App and WatchESPN on computers, iOS, Android, Apple TV, Xbox One, Google Chromecast, Amazon Fire TV and Roku devices.

Tiger fans, here’s how you can watch and listen to the game this weekend 👇 pic.twitter.com/hfQp15eTgX

SERIES RECORD VS. TEXAS
Texas leads the all-time series with LSU, 22-12-1, and this weekend’s matchup marks the Tigers’ first visit to Austin since 1998, when UT took two games of the three game series against the Tigers in the second weekend of the season. Last season, Texas traveled to Baton Rouge for the first time since 1999, and LSU took the series with two wins against the Longhorns. The 2018 meetings were the first since the 2009 College World Series Finals in Omaha, Neb., where LSU won two of three games against Texas to claim the ’09 National Championship. LSU and Texas each have won six College World Series titles, which is the second-highest total in NCAA Division I history and trails only Southern California, which has 12 baseball national championships.

QUOTING PAUL MAINIERI
“This is going to be a really exciting weekend between two storied programs. We are going to do everything we can to win the games and approach it like it is an SEC weekend. Certainly, if you can win the games, it helps your RPI and may help down the road for a national seed or getting a bid. I don’t think the results of the weekend are going to make or break our season. I do think it will be great for our team to be put in this environment, especially for the players that have never experienced a road trip in the SEC because it will be a similar type of atmosphere. They will be challenged by a great team in a hostile environment. We are going to do everything we can this weekend to give ourselves the best chance to win.”

ABOUT THE TIGERS
• Top-ranked LSU is 8-0 for the first time since 2011, when LSU won its first eleven games of the season … LSU continued the strong start to the 2019 season last week after defeating Southeastern Louisiana, 4-0, Tuesday in Alex Box Stadium, Skip Bertman Field before sweeping Bryant in a three-game series,13-6 Friday night, 17-8 Saturday night and 4-3 Sunday afternoon. It is the fourth time under Head Coach Paul Mainieri that the Tigers are 8-0 to start the season. LSU has started a season 8-0 nine times in school history (1919, ’88, ’89, ’96, ’97, ’09, ’10, ’11, ’19).
• LSU right-hander Eric Walker was the winning pitcher Wednesday after recording his first start since June 19, 2017 when he threw two innings in the College World Series second round game against Oregon State before having to leave the contest with a tear in his ulnar collateral ligament of his right elbow. The sophomore threw two shutout innings with three strikeouts. Walker made his first appearance back on the mound for the Tigers on Opening Night against ULM, one-hitting the Warhawks in two innings with two strikeouts. He allowed three runs on one hit and walked two against Bryant Friday.
• Junior shortstop Josh Smith is off to a torrid start, batting a team-best .517 (15-for-29) with four doubles, six RBI and 14 runs scored … Smith is third in the SEC in hits, runs scored, batting average and on base percentage … Smith returned to the lineup on a full-time basis this season after missing all but six games in 2018 due to stress reaction in his back.
• Senior outfielder Antoine Duplantis went 4-for-5 with five RBI Wednesday night on the way to LSU’s victory against Southern … He has a conference-best 23 RBI … Duplantis now has 284 career hits, 68 shy of matching former LSU first baseman Eddy Furniss (1995-98) as the all-time SEC hits leader with 352.
• Since moving into the second spot in the lineup, junior outfielder Zach Watson has recorded eight hits and has a .471 batting average on the week (8-for-17). On the season, he has a .333 batting average and has scored 11 runs, which is second-most on the team. He is tied with Smith with four doubles.
• Right-hander Todd Peterson is the first LSU pitcher since Kurt Ainsworth to record two wins in LSU’s first four games of the season. He earned wins against Army and Southeastern Louisiana. Peterson has a 2-0 record and has recorded one save this season. Tuesday night against Southeastern, Peterson fired the final 1.1 innings of the game. He also pitched the final six outs against Bryant and struck out one batter to earn his first save of the season.

ABOUT THE LONGHORNS
• Texas is 7-3 on the season and is 1-1 in this week’s contests. The Longhorns defeated Sam Houston State, 10-3, Tuesday before dropping a 10-7 game to UTSA Wednesday night.
• As a team, Texas is batting .269 while holding opponents to a .209 average. The Longhorns have combined for 22 doubles, eight home runs and have stolen 12 bases on 14 attempts.
• Junior infielder Ryan Reynolds is batting a team-high .389 and also has a team-best five doubles. He has also scored eight runs and has driven in six.
• Texas’ pitching staff has a combined ERA of 3.00. Sophomore right-hander Bryce Elder is 1-0 in two games starter with a 0.64 ERA in 14 innings of work. He has a team-high 15 strikeouts.