Women's & Men's Tennis Are BASF Teams of the Month 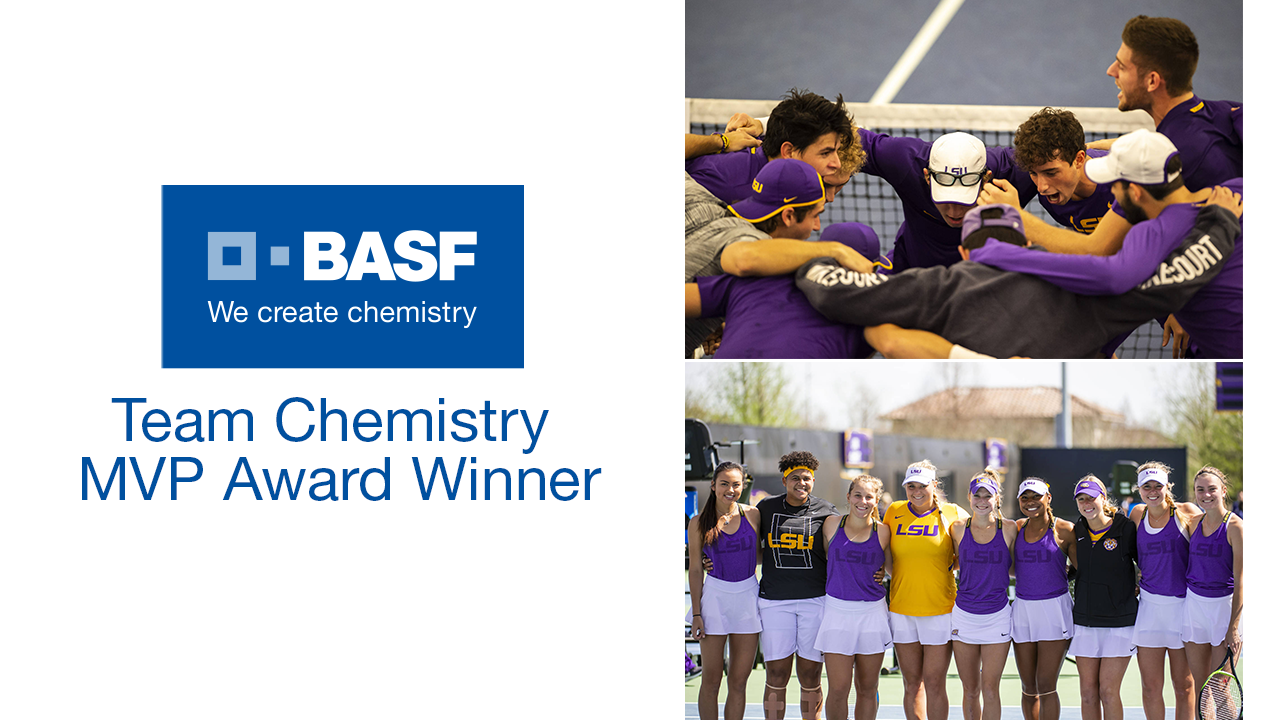 Baton Rouge, La. – The LSU women’s and men’s tennis have been named the BASF Team of the Month for February.

The men’s team sits atop the SEC standings with an overall record of 11-1 this season for a .917 winning percentage. Wins in the month of February came against No. 17 Tulane, Rice, Memphis, SMU, Tulsa, Southern Miss and Jackson State.

The closest match of the month without a doubt was the showdown with No. 17 Tulane in New Orleans at the City Park Pepsi Tennis Center on February 1. The Tigers secured the doubles point and won two singles matches before LSU’s Malik Bhatnagar found himself in a duel with Hamish Stewart for the decisive point in the match. Bhatnagar dropped the first set, rallied back to win the second set, and reeled off five consecutive games to win the third set, 7-5, to clinch the match on court three against Stewart.

“This year we have a little different energy and some guys that want to go out and get it with the match on the line,” co-head coach Chris Brandi said after the match against Tulane. “These are the sorts of battles we want to be in with top-20 teams. We have to use this momentum the rest of the way.”

And the Tigers have done just that, and used the momentum generated from that win to date. They handed Rice its first loss of the season on Feb. 3 with a 6-1 decision. After the win at home over Rice, LSU went on a three-match road trip and secured wins over Memphis (4-3), SMU (6-1) and Tulsa (5-2). LSU closed out the month of February with two wins at home over Southern Miss (7-0) and Jackson State (4-0) on Feb. 23.

The women won seven of nine matches in the month of February. The Lady Tigers didn’t drop a single point to Tulane (7-0), Rice (7-0), and Southern (4-0) on the first weekend of February with the win over Tulane coming on Feb. 1, and the two wins over Rice and Southern coming on Feb. 3. Following those three wins, LSU travelled to Seattle, Wash., for the National Team Indoor Championship and dropped matches to No. 1 Stanford and No. 12 Northwestern. The Lady Tigers closed out the month with four wins over Houston (7-0/Feb. 17), No. 19 Old Dominion (6-1/Feb. 22), South Alabama (4-0/Feb. 24) and Jackson State (4-1/Feb. 24). The win over No. 19 Old Dominion on Feb. 22 marked the 100th-career win for co-head coach Julia Sell.

Both the women’s and men’s tennis teams will open up SEC play this weekend with matches against Alabama on Friday (March 1) and Auburn on Sunday (March 3).