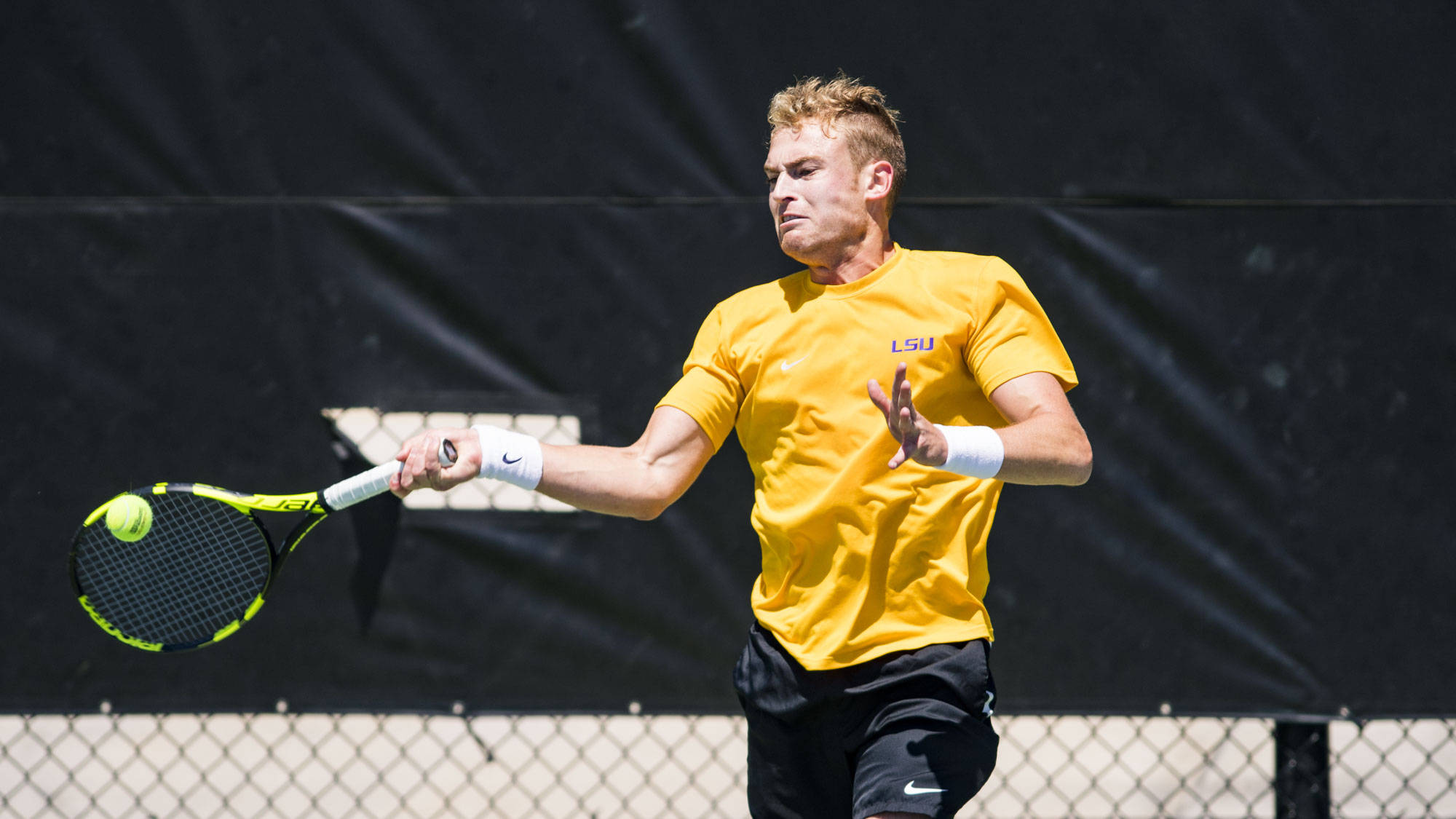 Tuscaloosa, Ala. – The No. 18 LSU men’s tennis team opens its Southeastern Conference schedule with a match Friday at No. 20 Alabama at 6 p.m. CT in the Alabama Tennis Stadium.

“We’ve had a nice start, but SEC play is where we will find out where we are really at and what we need to focus on down the stretch.” co-head coach Chris Brandi said. “Alabama made the NCAA Sweet 16 last year and has its whole team back. We’ll have to play our best.”

LSU hold a 37-24 overall record against Alabama. Last season, the two teams met at the LSU Tennis Complex where the Tigers walked away with a 4-3 win. Shane Monroe and Rafael Wagner recorded wins against Alabama opponents on the singles and doubles courts.

The Tigers are 11-1 on the season, matching their best start since the 2015 season. This week, LSU moved up two spots in the ITA/Oracle polls to No. 18.

Last time out, LSU swept a doubleheader against Southern Miss, 7-0, and Jackson State, 4-0.

No. 112 senior Shane Monroe notched two straight set wins last weekend on the No. 1, while the No. 45 pair of Rafael Wagner and Joey Thomas were victorious in both matches.

Notes on the Crimson Tide

Alabama has a 10-2 record and enters the weekend at No. 20 in the ITA/Oracle Divison I Men’s Tennis Rankings.

Mazen Osama leads Alabama with a 7-4 record on the No. 1 and is No. 32 in the ITA singles rankings. Edson Ortiz has a team-best 10 wins in the dual season.

In doubles, the pair of Patrick Kaukovalta and Osama lead with a 6-2 record on the No. 1, while pair Zhe Zhou and Ortiz also boast a 6-2 record.