No. 4 LSU to Compete at FAU Beach Burrow Bash 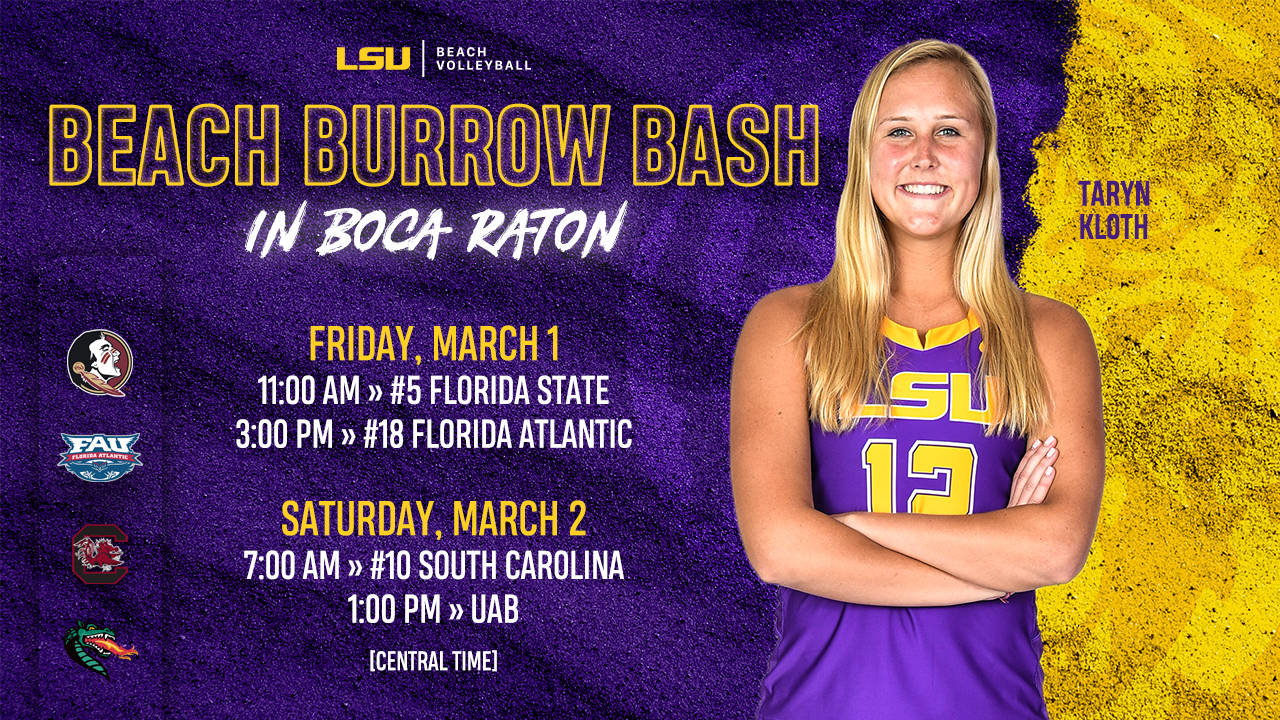 “We did well enough to win (last weekend), but we didn’t do well enough in the grand scheme of things to feel like we are where we need to be,” said head coach Russell Brock. “This week in practice the focus was, how do we get better?”

The Tigers opened the season last weekend, defeating four Top-20 teams to start its season with an undefeated opening weekend for the first time since 2015. LSU vaulted to No. 4 in polls for the program’s highest ranking in its six-year history, but the Tigers are still hungry to keep improving.

“We’re well aware that we are not where we need to be and there are still things we need to work on,” said Brock. “The two days that we trained this week, we did a great job of staying focused and really pushing to be better.”

Claire Coppola and Kristen Nuss, LSU’s pair on Court 1, were named the National Pair of the Week by the AVCA and CollegeBeachVB.com after they started the season with an unblemished record against top pairs. The LSU duo won 180 total points and dropped only 135 throughout the weekend. They are currently ranked No. 5 and 6 in the CollegeBeachVB.com MoVR rankings.

LSU will open its weekend against a familiar foe in Florida State. Last weekend, the Tigers handed the Seminoles their first loss in the CCSA play since they joined the conference. At the FSU Sand Volleyball Courts, LSU defeated Florida State, 3-2, for the first time in program history. LSU will look to make it back-to-back wins against the Seminoles at 11 a.m. CT on Friday.

Later in the day at 3 p.m., the Tigers will face tournament host FAU. The Tigers have won their past three matchups against the Owls with their latest win coming last season in the CCSA Tournament.

After defeating South Carolina, 3-2, last weekend, the Tigers will look to continue their success against the Gamecocks at 7 a.m. Sunday. LSU is 8-1 all-time against South Carolina. The Tigers will close the weekend at 1 p.m. against UAB, a team LSU has never lost to in six matchups.