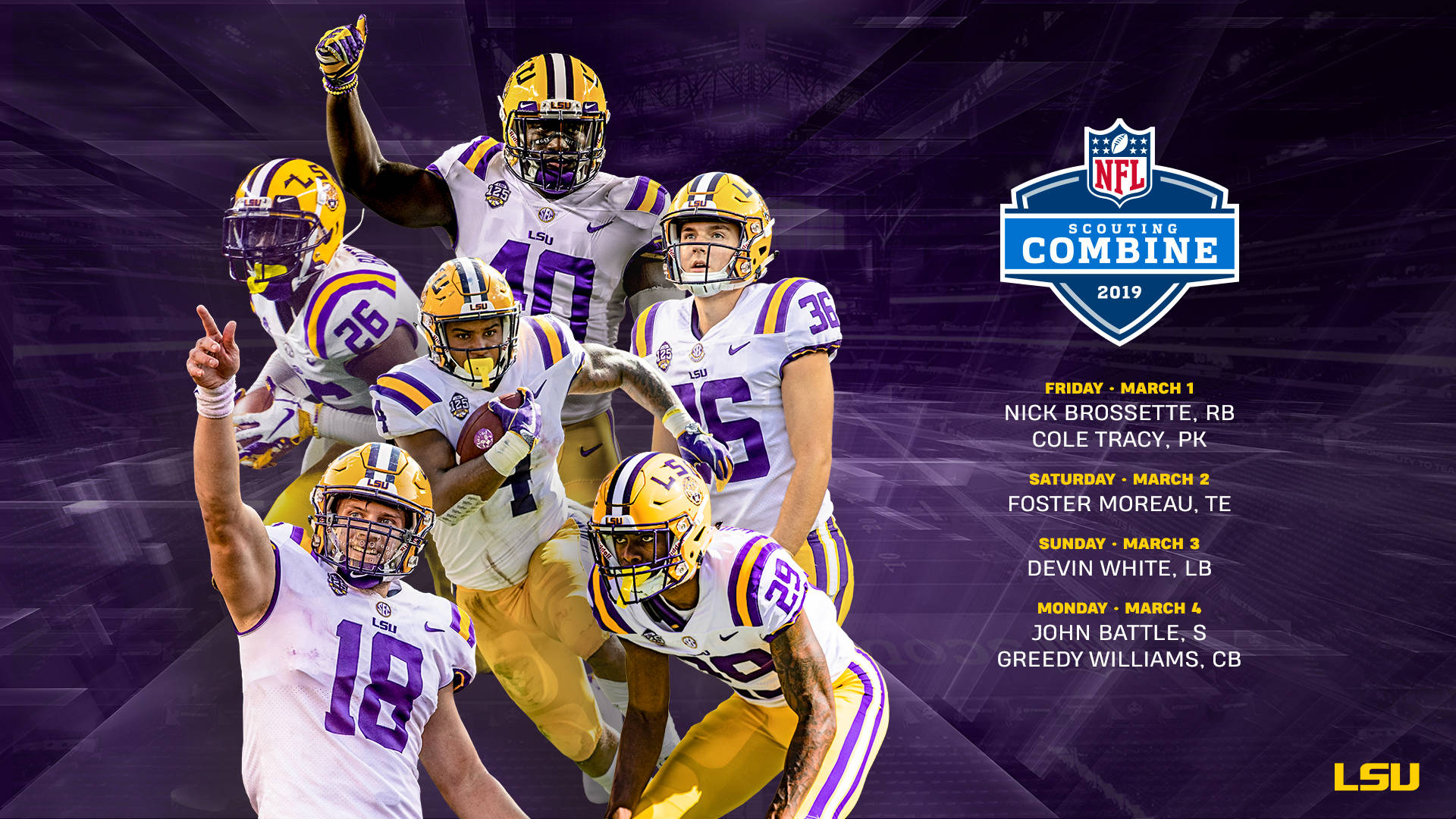 BATON ROUGE – Six members from LSU’s 2018 football team take the next step towards the NFL Draft this week when they take part in the NFL Combine in Indianapolis.

The on-field workouts of the NFL Combine gets underway tomorrow when the specialists, offensive linemen and running backs take their turn. Tracy and Brossette will be the first ones up for LSU as they will be timed in the 40-yard dash as well as doing other skill drills and station work.

All of the on-field workouts and testing can be seen on the NFL Network and on the internet at NFLNetwork.com. ABC Sports will televise a portion of Saturday’s session from noon to 2 p.m. CT.

Fans can get a behind-the-scenes look at the experience of LSU players at the combine on LSUsports.net and the other various LSU social channels as the school is staffing the event with a pair of videographers who will video, take photos and provide other content specific to the Tigers.

Other off-the-field components of the NFL Combine include individual meetings with NFL teams, measurements, medical exams, psychological testing, and a meeting with the NFL Players Association.

On Saturday, LSU’s Moreau will have his on-field testing, followed by White on Sunday and Williams and Battle on Monday.

LSU is currently projected to have two first round draft picks in White and Williams, who are both listed as top 10 selections by most publications.

All of LSU’s draft-eligible players will take part in Pro Day on the LSU campus on Friday, March 22.

The following is a look at the daily workout schedules for LSU players as well as the numbers they will be wearing during the event: