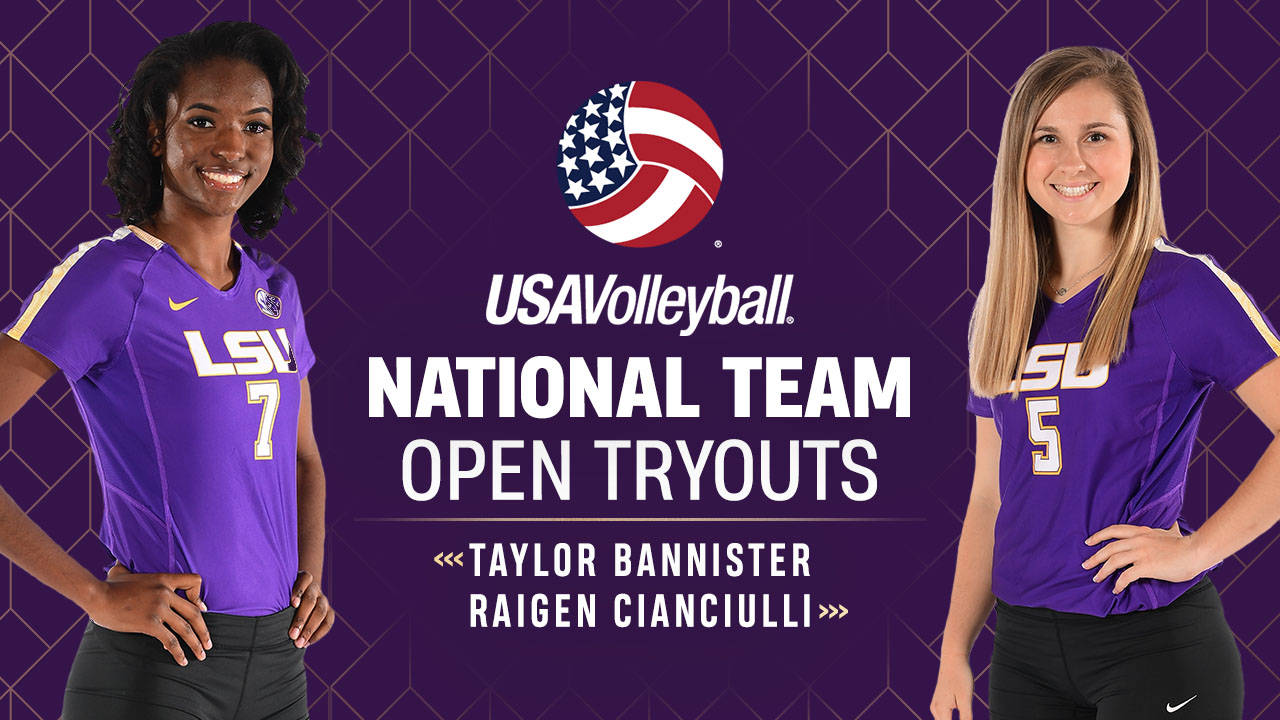 Bannister and Cianciulli are two of 215 athletes from 88 colleges trying out. Bannister is one of 29 right sides hitters competing for a spot, while Cianciulli is one of 45 liberos looking to make the squad,.

Each athlete will have one tryout session on Friday, one morning and one afternoon session on Saturday and one morning session on Sunday. Three-time Olympic gold medalist and U.S. Olympic Hall of Famer Karch Kiraly and the U.S. Women’s National Team staff will lead the tryout process.

For further information on the tryout and to follow along, click here. On Friday, March 1, at 3 p.m. CT, USA Volleyball will begin a live stream of the tryout. Fans can access the stream here.

Bannister and Cianciulli have both made an immediate impact on the LSU volleyball program since stepping on campus. The two helped lead the Tigers to its first NCAA Tournament appearance in three years in 2017.

This season, Cianciulli became the fastest player in program history to reach 1,000 career digs. Bannister has led the team in kills in the majority of the LSU matches and earned All-American honors in her freshman season.

The Tigers are currently in the offseason, making the most of their opportunity to get better in the gym and weight room. A spring schedule will be announced at a later date.