Men's Tennis Moves Up to No. 18 In ITA Rankings 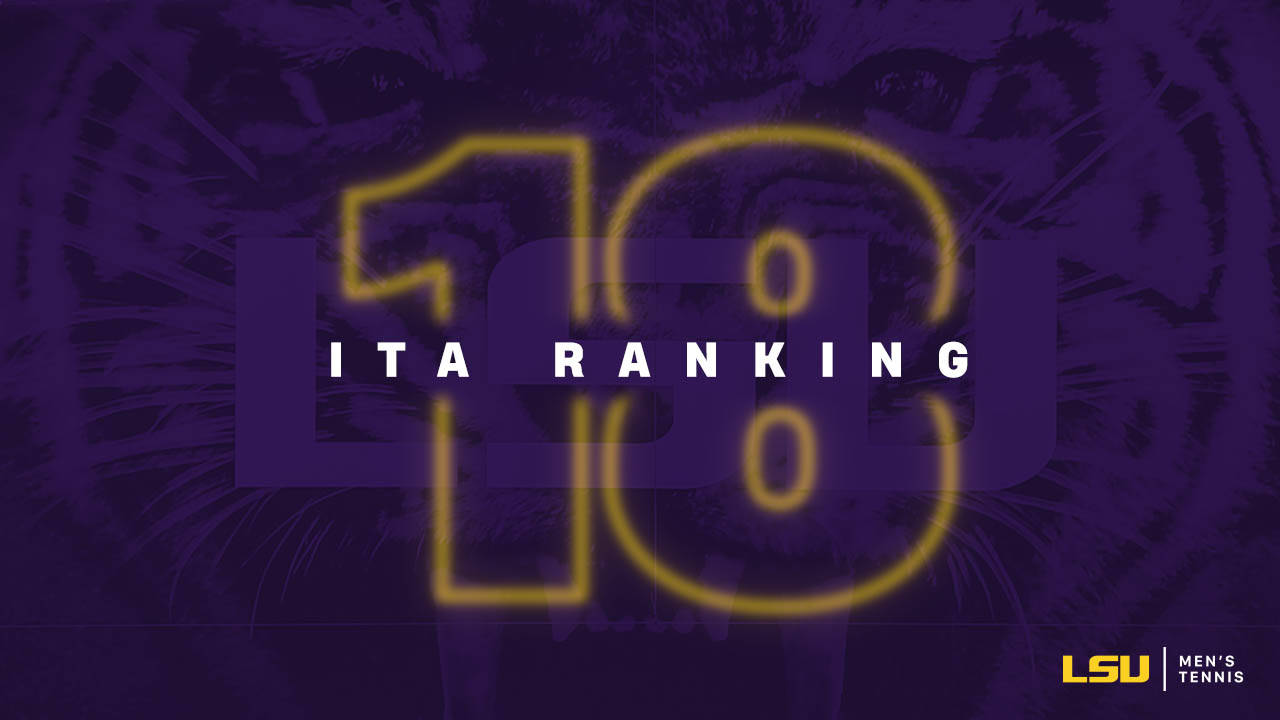 BATON ROUGE — The LSU men’s tennis team has moved up two spots in the Oracle/ITA Division I Men’s Tennis Rankings to No. 18, the ITA announced Tuesday.

LSU has an 11-1 record with wins against #17 Tulane and Tulsa, marking the best start to the season since the 2015 team, which also had an 11-1 record to open the season. The Tigers are a perfect 4-0 in away matches and have compiled a 7-1 record at home.

The Tigers are coming off of a doubleheader sweep Saturday against Southern Miss and Jackson State. No match reached a deciding set in the LSU victory.

Malik Bhatnagar leads the tigers with a 16-6 overall record and a 10-1 record in the dual season, and Boris Kozlov is on a seven-match win streak.

Senior Shane Monroe is holding down the top court this season with a 6-3 record on court one. The Ventnor City, New Jersey native had a massive win against Carles Sarrio of SMU, defeating the No. 48 player in the nation, 6-2, 6-2. He is the No. 112 player in the country.

Doubles pair Rafael Wagner and Joey Thomas won a match earlier in the season against the No. 1 pair in the nation, and the Tiger tandem is the No. 45 duo.