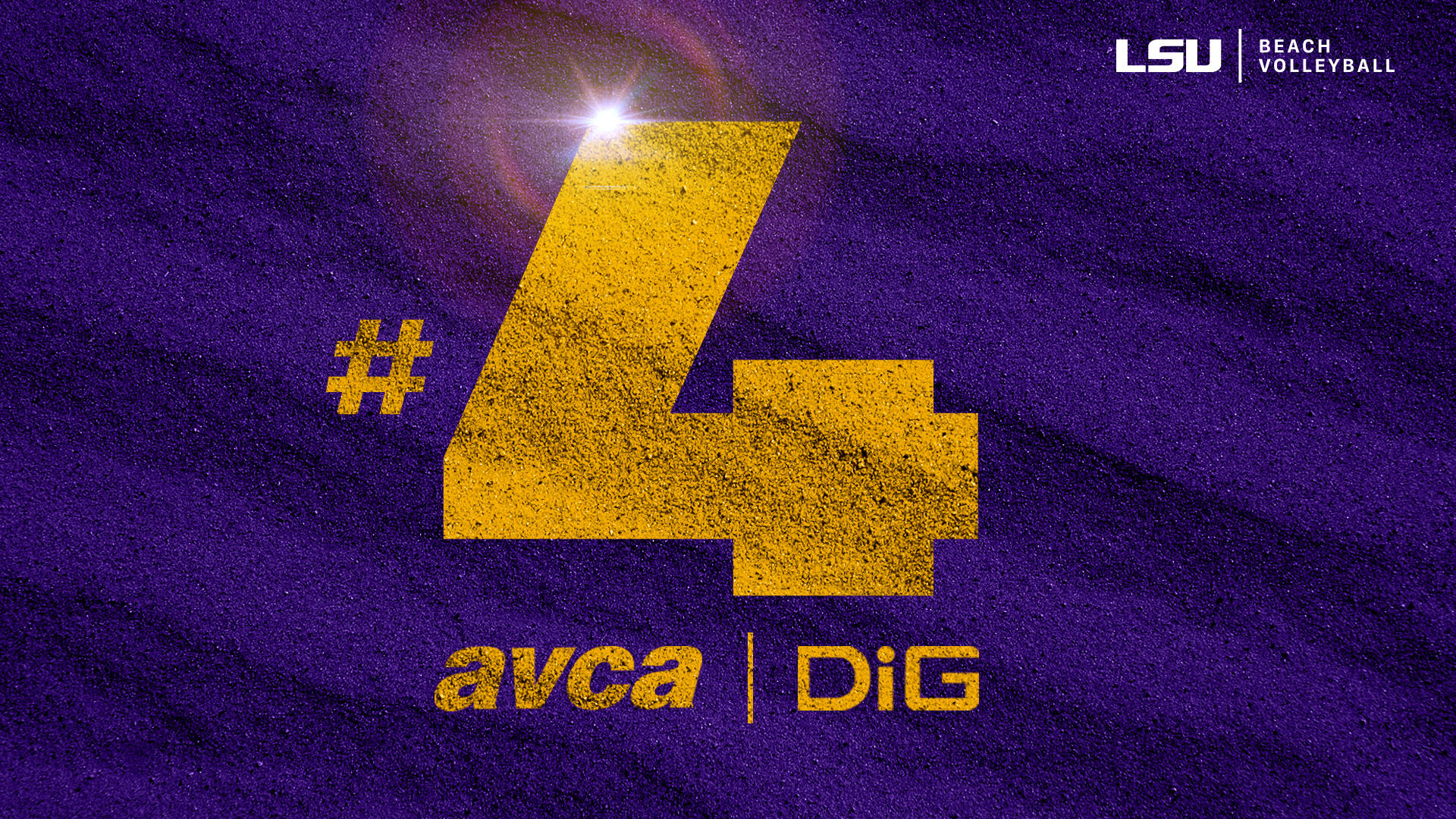 On Monday, the AVCA and DiG Magazine announced the Tigers as No. 4 team in the nation. LSU is the highest ranked team from the east in both polls. This is the first time LSU has cracked the top-5 in either poll in the program’s six-year history. The Tigers started the season at No. 7 in both polls

LSU has been ranked in the AVCA Top-10 for 25 consecutive weeks, but had never cracked the top-5 until Monday. The Tigers defeated No. 6 Cal Poly, No. 3 Florida State, No. 18 Tulane and No. 9 South Carolina to start the season at FSU in the Tallahassee State Capitol Invitational.

The highlight of the weekend came on Saturday when the Tigers defeated Florida State, 3-2, for the first time in program history. It was the Seminoles’ first conference loss since joining the CCSA and their first loss to a team from a state east of California since 2015.

Before defeating FSU Saturday, LSU defeated Cal Poly, 3-2. The Tigers swept in-state foe Tulane on Sunday, 5-0, before finishing the weekend with a 3-2 victory over South Carolina.

The Tigers completed their first undefeated opening weekend since 2016 when they went 3-0 at the FIU Beach Invitational.

LSU will face with Florida State and South Carolina again along with matchups with Florida Atlantic and UAB in Boca Raton Friday and Saturday at the Beach Burrow Bash at FAU.