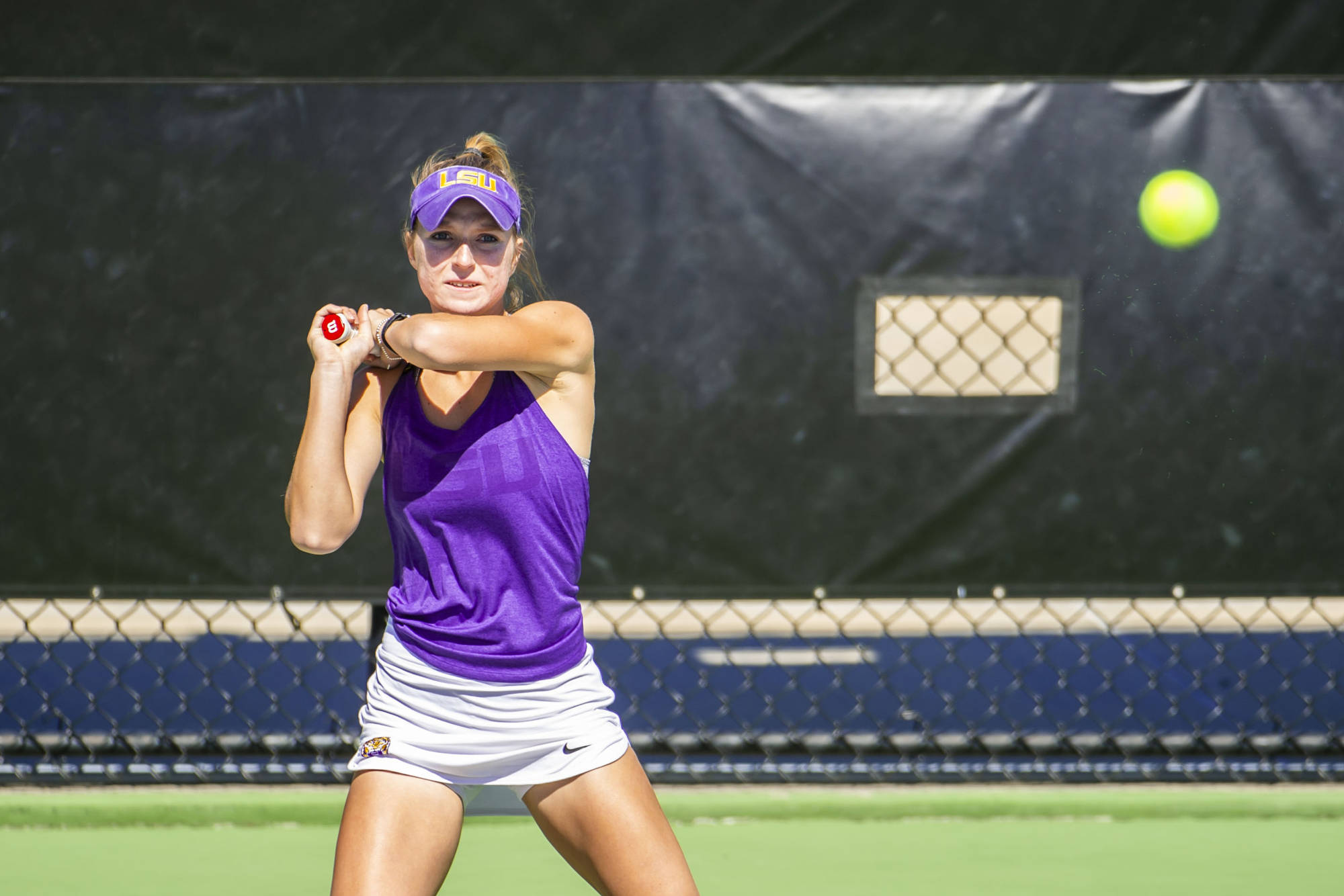 BATON ROUGE – The No. 16-ranked LSU women’s tennis team remains undefeated at home after victories against South Alabama and Jackson State on Sunday at the LSU Tennis Complex.

“I thought we did really well,” co-head coach Julia Sell said. “We had a good start in doubles and carried it over to singles. We extended our leads on the court, and I don’t feel like we had any mental lapses today, which is something we’re really focusing on. South Alabama were undefeated coming into the match, which is a testament to how good they are and what good competitors they are. They came in confident, so I’m proud of how our girls stayed mentally strong all the way through.

The Tigers took the doubles point against the Jaguars with two wins on courts five and three.

The No. 57-ranked duo of junior Paris Corley and sophomore Taylor Bridges were first off of the court after defeating the pair of Nikola Kohoutova and Alexandria Stiteler, 6-4.

No. 15-ranked Eden Richardson clinched with a 6-2, 6-4 win over Alexandria Stiteler on court one.

LSU took an early lead in the match after taking the doubles point.

On court one, Johnson and Loughlan claimed their second win of the day after defeating Oni Jones and Maria Martinez, 6-2.

The duo of Corley and sophomore Luba Vasilyuk clinched the doubles point with a 6-2 victory over Lucia Solis and Lily Zhang, to give LSU the 1-0 lead.

Vasilyuk gave the Tigers the 2-1 lead after shutting out Lucia Placidi in straight sets, 6-0, 6-0, on court five.

Johnson clinched the match for LSU after taking down Nina Zhang on court three, 6-1, 6-0.

The Tigers will open SEC play with a match against Alabama on Friday, March 1 at 4 p.m. CT. LSU will face Auburn on Sunday, March 3 at noon CT at the LSU Tennis Complex. Admission is free to the public.