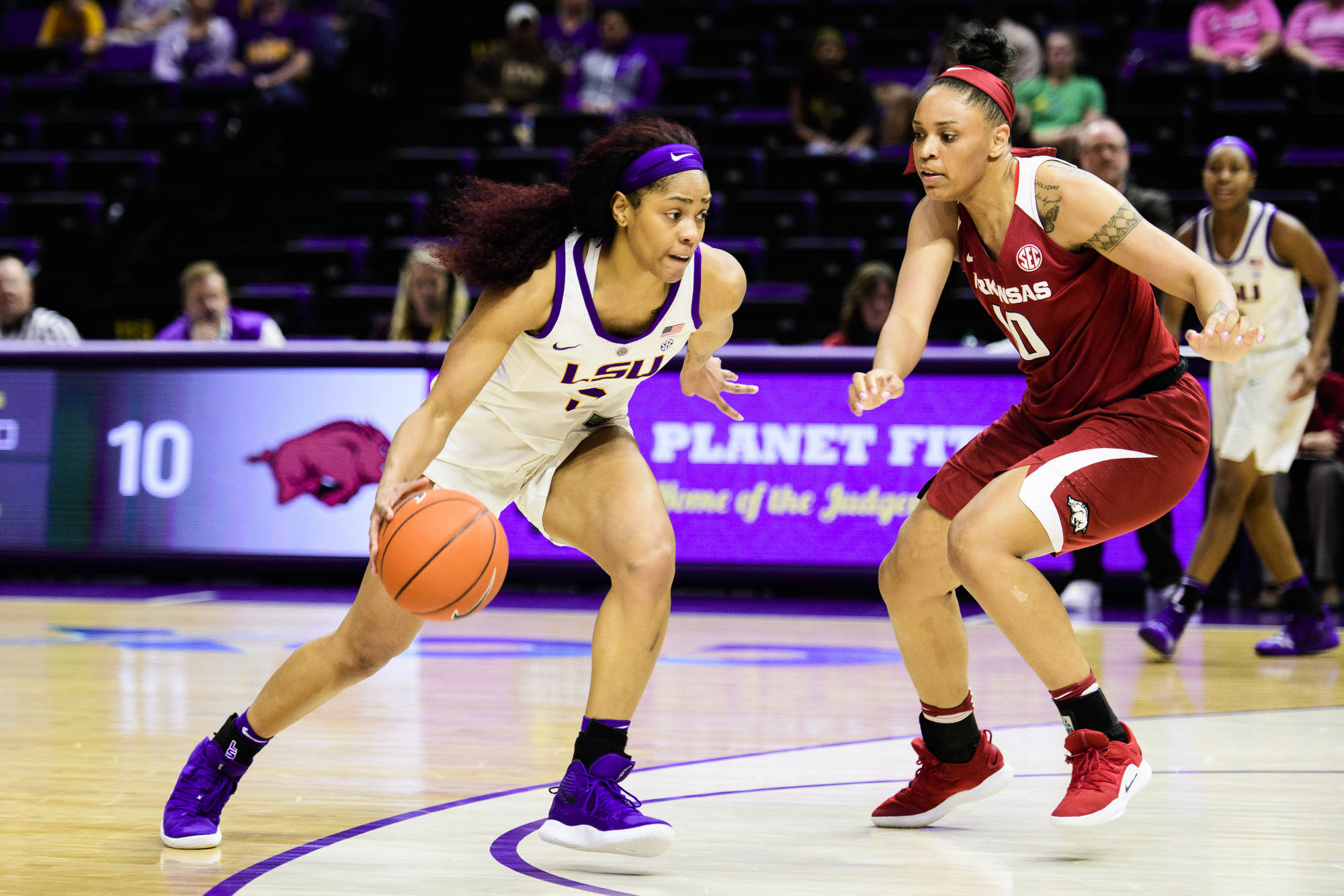 LEXINGTON, Ky. – The LSU women’s basketball team battled from a 16-point deficit in the fourth quarter to close within two points, but fell just short in a 57-52 loss against No. 16 Kentucky on Sunday afternoon at Memorial Coliseum in Lexington, Kentucky.

Ayana Mitchell put up her 13th double-double of the season compiling 19 points and 11 rebounds.

LSU’s offense struggled in the first half as they shot just 17 percent from the field and trailed 28-15 at the half.

“We did a lot of good things defensively,” said LSU head coach Nikki Fargas. “We just struggled offensively. We’ve been putting a lot emphasis on our scoring. We didn’t do a great job of finishing in the paint.”

The final twenty minutes for the Lady Tigers, however, was a different story. More specifically, the final five minutes of the game.

LSU held Kentucky to just two field goals in the fourth quarter and held the Wildcats without a field goal for the final eight minutes of the game.

Mitchell turned it up a notch scoring seven straight points, capitalizing on a three-point play that pulled LSU within five trailing 52-47 with just three minutes on the clock.

“They fought hard,” Fargas said. “I told them at the five-minute mark in the fourth quarter to get within single digits. We did just that. I knew we could get the momentum going our way.”

Faustine Aifuwa kept the Lady Tigers rolling as she cut Kentucky’s lead to 54-52 on back-to-back jumpers. Aifuwa had nine points with five of those in the fourth quarter and recorded a career-high 13 rebounds.

The Lady Tigers comeback fell short as Kentucky put away the game with three free throws in the final seconds of the game.

LSU was dominant on the glass the entire 40 minutes. The Lady Tigers out-rebounded the Wildcats 43-27.

In the second half LSU committed just 6 turnovers and shot 57 percent from the field.

“The way we played in the second half we have to play that way the entire game,” Fargas said. “It would have been a different ball game.”

LSU will stay on the road to face No. 6 Mississippi State in Starkville, Mississippi on Thursday, February 28 with tip-off set for 7 p.m. CT.