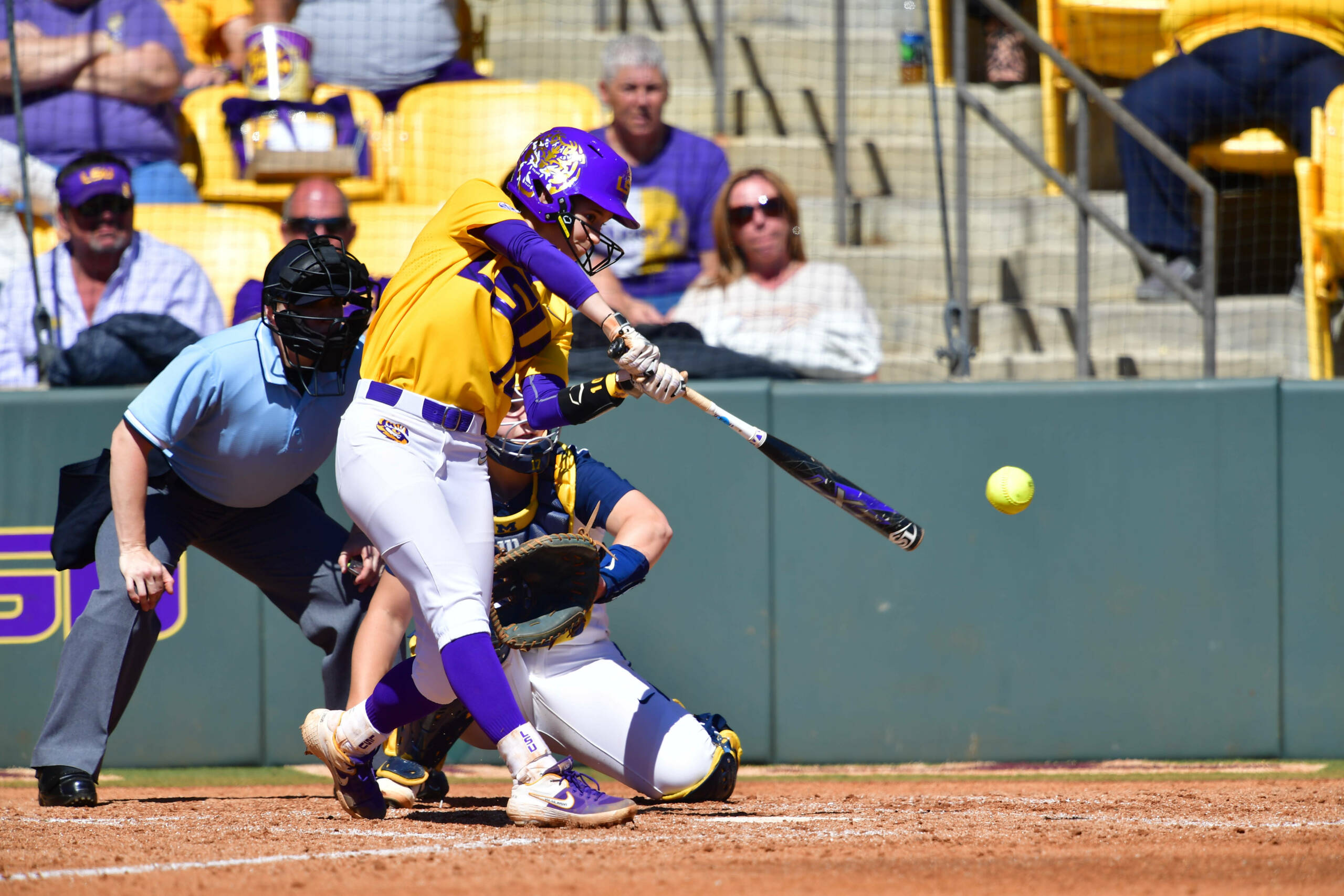 BATON ROUGE – The No. 7 LSU softball team defeated Michigan, 2-1 Sunday afternoon in the final game of the LSU Invitational. The Tigers improve to 13-3 on the year and 10-1 at home, while Michigan falls to 6-8.

After two scoreless innings, shortstop Amber Serrett reached first base on a hit by pitch and advanced to second after an Aliyah Andrews single to the Michigan shortstop in the bottom of the third inning. Taryn Antoine singled to the pitcher and Serrett scored on a throwing error, giving the Tigers a 1-0 lead.

LSU had a few good at-bats in the bottom of the fourth inning, including a walk from Sydney Bourg and a Shemiah Sanchez single to left center field, but the Tigers did not score.

In the bottom of the fifth inning, Andrews walked and then stole second, followed by a wild pitch allowing her to advance to third. Shelbi Sunseri singled to second base to score Andrews, upping the LSU lead 2-1.

Sunseri performed well in the circle, allowing three hits and finishing with two strikeouts in seven innings. She improves to 4-2 on the year.

On the team’s overall performance…

“I think we did a good job of taking care of business. The big clutch plays (Sydney) Bourg made there in the seventh inning were game saving. I think they did a good job defensively. Good communication and the outfield was solid. This is a really deep team.”

On Aliyah Andrews’ at-bat and base running performance…

“There’s no question, she’s a game changer. She’s a great player. Her speed is unmatched and phenomenal.”

On how beneficial it is to advance on base…

“It’s huge. I’m glad that I’m able to do that, and I have worked on it. It’s something we work on in practice all the time. We have a lot of speed on this team, so we do focus on it. Great coaching, helping us to be able to read balls and have good leads, all those things are game changers.”

On preparing for this game…

“I watched film prior to the game and found some adjustments I could make from the other night to today. I had to go to other pitches. I had to be confident in my other pitches, and that’s what I did.”

The Tigers will take on the Kent Golden Flashes Tuesday at 6 p.m. at Tiger Park. The game will stream live on SECN+.