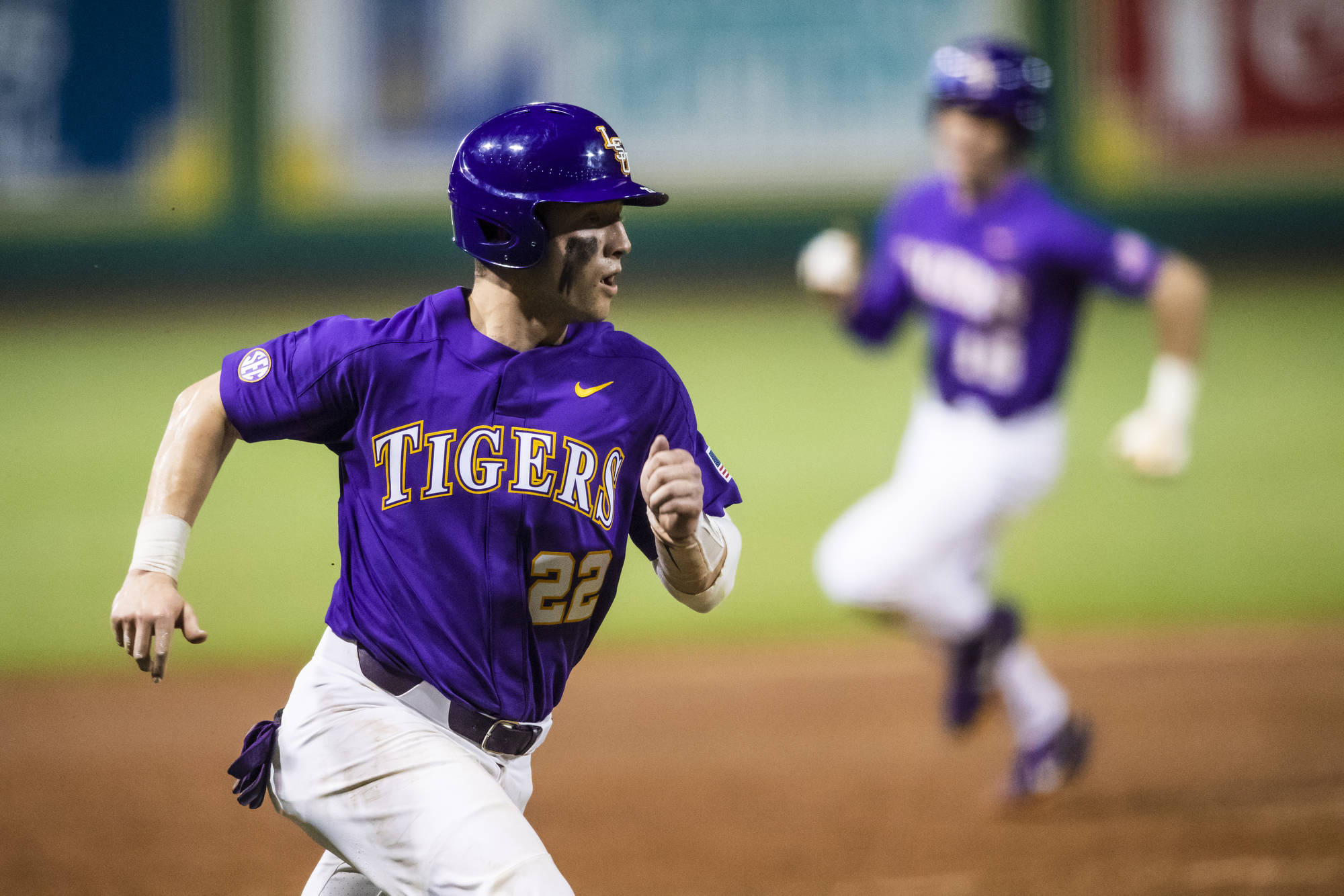 With the win, LSU improves to 6-0 on the season while Bryant drops to 2-3.

The Tigers return to action Sunday at 2 p.m. CT for the series finale against Bryant at The Box. Sunday’s game will be available online only through the SEC Network+, which is accessible through Watch ESPN and the Watch ESPN app.

Freshman Landon Marceaux earned his first career win, improving to 1-0 on the season, after firing 5.2 innings. The right-hander allowed five runs on five hits, walked one and struck out four.

“The best part of tonight’s game was after Landon Marceaux had given up four runs in the fourth inning, he went out there in the fifth and maybe had his best inning,” head coach Paul Mainieri said. “I sent him back out in the sixth because I wanted him to face the two left-handed batters. The fifth and sixth innings were the critical points of the game, and it shows that Marceaux has something really extra special about him.”

In the bottom of the first inning with shortstop Josh Smith on second after a leadoff single and a stolen base, center fielder Zach Watson slapped an infield single to shortstop to put runners on the corners for Antoine Duplantis. The right fielder ripped a single into center field and moved all the way to third on the error by the Bryant center fielder, which allowed two runs to score. After a walk by left fielder Daniel Cabrera put runners on the corners, designated hitter Saul Garza sent a sacrifice fly to center field to bring in Duplantis and make it a 3-0 game.

Bryant cut the score to 3-1 in the top of the second when shortstop Jimmy Titus homered to left field to lead off the inning.

The Tigers broke the game open in the bottom of the second and took the 7-1 lead. The six-run rally started when catcher Brock Mathis crushed a solo home run deep to left field on a 1-0 pitch from Morgese for the first home run of his career. With one out and Smith and Watson on base after consecutive walks, Duplantis reached on a fielding error by the center fielder and both runners scored on the throwing error by the shortstop. In the next at-bat, Cabrera hit a sacrifice fly to center field, which scored Watson. Garza followed with his second hit of the night, an RBI single to left field to score Duplantis.

With one out in the bottom of the fourth inning and Mathis and Broussard on base after consecutive walks, Watson recorded his second hit of the night, a RBI double off of the left field wall that scored Mathis. For the third time this season, Duplantis took a ball and deposited it into the Diamond Deck in right field for a three-run home run, which gave LSU the 11-1 lead. Duplantis’ three home runs in a season are a career-high.

In the top of the fourth, left fielder Ryan Ward scored on first baseman Chris Wright’s one-out double to right field. With the bases loaded after a walk and a hit batter, Wright scored on a wild pitch, and designated hitter Sam Owens singled through the left side to bring in another Bulldog run and cut the LSU lead to 11-5.

The Tigers tacked two runs on in the bottom of the fifth inning when third baseman Hal Hughes slapped a two-out, two-RBI single to right field, driving in Duplantis and Garza who reached earlier in the inning via walk and a fielding error, respectively, to make it a 13-5 game.

LSU loaded the bases in the bottom of the sixth inning when Broussard walked, third baseman Chris Reid singled through the left side and center fielder Giovanni DiGiacomo reached on a fielding error. Duplantis recorded his third hit of the night, a single to left field, scoring Broussard and Reid. With one out and DiGiacomo and Duplantis in scoring position, Garza drilled a fly ball to center field. DiGiacomo tagged up on the sac fly, increasing the LSU lead to 11 runs, 16-5.

In the top of the seventh inning with runners on first and second and two outs, Ward doubled to right-center to drive in two runs for the Bulldogs. The score was 16-7 after seven innings in Baton Rouge.

Hughes led off the bottom of the eighth inning with a single to left-center field, and with one out second baseman Gavin Dugas doubled down the left field line to move Hughes to third. The sophomore scored on a ground ball to third base by Reid, making it a 17-7 game.

Bryant scored one run in the top of the ninth inning when Ward singled to right field driving in right fielder James Ciliento, who reached on a leadoff walk, capping the score at 17-8.