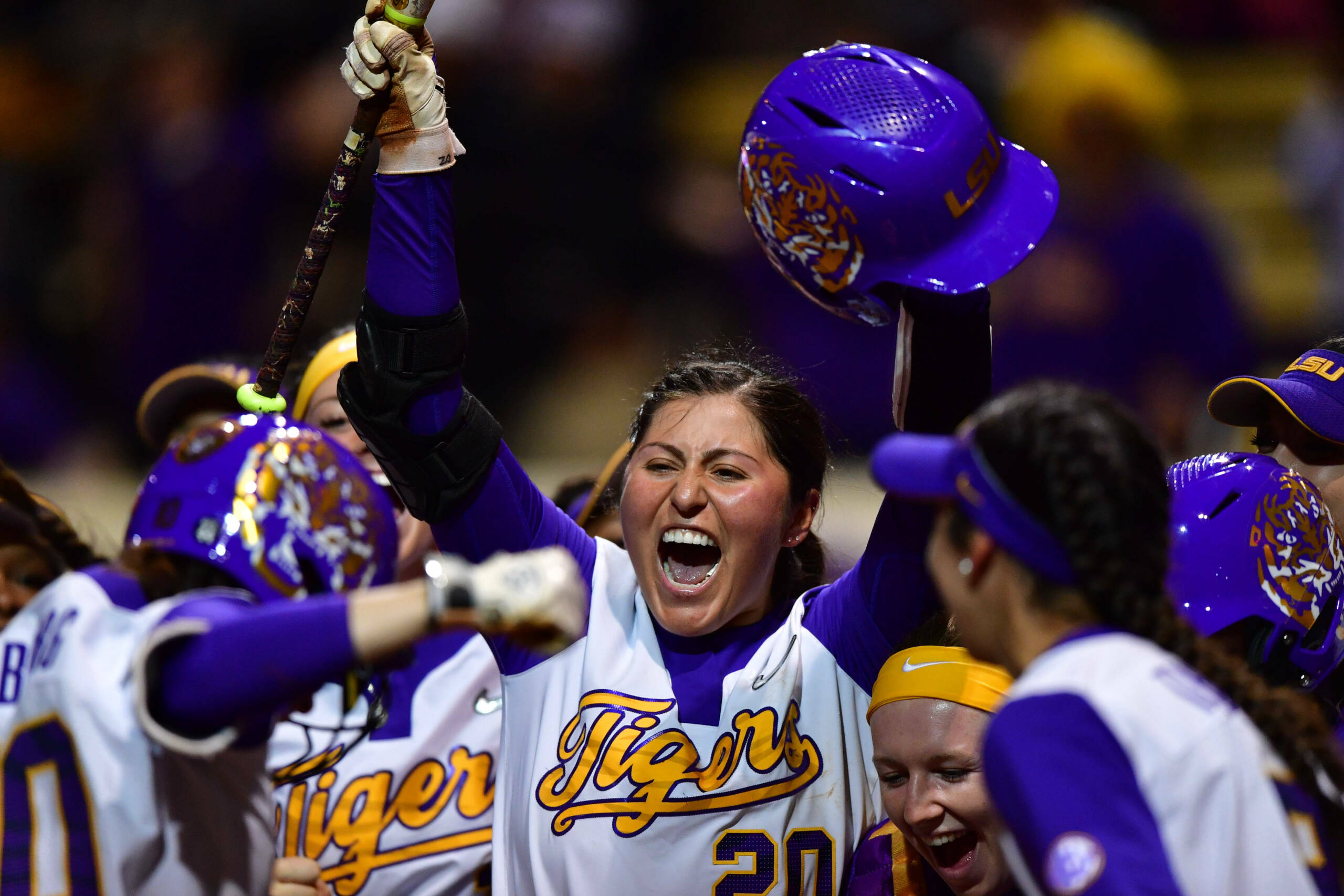 BATON ROUGE – The seventh-ranked LSU softball team shut out CSUN Saturday night, 8-0 in five-innings to end day three of the LSU Invitational. The Tigers improve to 12-3 on the year and 9-1 at home, while CSUN falls to 4-7.

Aliyah Andrews led the Tigers off with a single to second base, and advanced on a slap from Taryn Antoine. With one out and one on base, Amanda Sanchez hit one to the left side, sending Andrews in to score the first run of the game. Shelbi Sunseri ripped the ball to left field, collecting her 25th RBI and third double on the year. LSU led 2-0 at the bottom of the first inning.

In the bottom of the third inning, Sunseri singled down the left field line, and Amanda Doyle came back for revenge after striking out at her first at-bat, hitting her first home run on the season to left field. Her two-run homer gave the Tigers a 4-0 lead on CSUN.

With Amber Serrett on first base, senior Sydney Bourg stepped up to the plate in the bottom of the fourth inning and hit her first dinger as a Tiger to left center, giving LSU a 6-0 lead.

Doyle hit her second home run, in consecutive at-bats, on the night and the year in the bottom of the fifth inning, followed by a Michaela Schlattman walk and a single from freshman Jordyn Perkins. With two runners on base, Taylor Tidwell singled through the right side, scoring Schlattman to end the game in walk-off fashion, 8-0.

Freshman Ali Kilponen secured the game in the circle, finishing with five strikeouts and allowing only two hits in five innings. She improves to 2-0 on the year.

On how the team played tonight…

“Every player we called on answered the call tonight. Every kid we asked tonight was able to get the job done. Amanda (Doyle) plays like a veteran. She plays consistently, and that’s hard to do. Overall, we were a lot more detail focused tonight.”

On her team’s performance…

“I think we were all clear-minded tonight. Putting those two runs up in their first inning was huge. It really sets the tone for the rest of the game.”

On her game-ending hit…

“At bat, I was just focusing on trusting myself and not trying to overthink it. I was eager. I was excited and ready when she told me I was pinch hitting. I was ready to step up to the plate and get my chance. It feels so great that all my work has finally paid off.”

The Tigers continue into the final day of the LSU Invitational, taking on Michigan Sunday at 11:30 a.m. The game will stream live on SECN+.