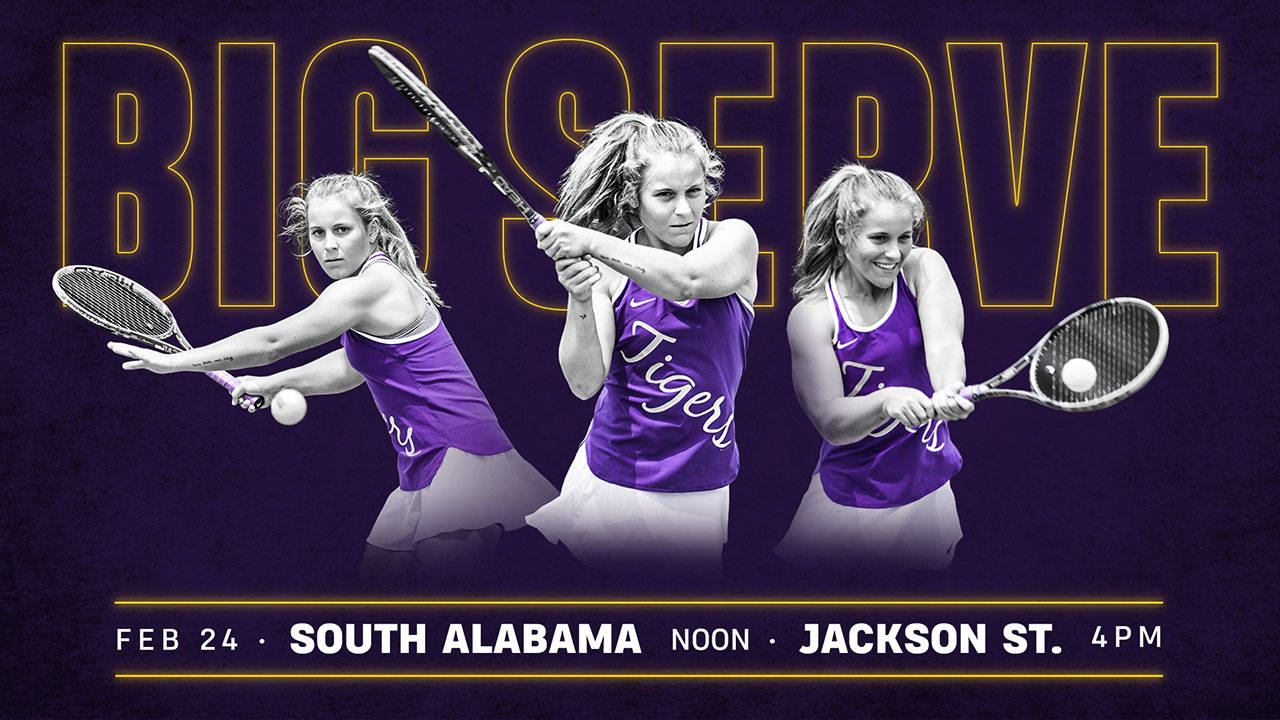 BATON ROUGE – The No. 16-ranked LSU women’s tennis team will play in its second doubleheader of the season with matches against South Alabama and Jackson State on Sunday, February 24 at the LSU Tennis Complex.

The Tigers will face South Alabama at noon CT and will square off against Jackson State at 4 p.m. CT.

Admission to all matches in the LSU Tennis Complex is free. Fans who attend the match will receive a free LSU clear bag in accordance with LSU’s Geaux Clear policy.

The Matchup
LSU will face South Alabama for the seventh time in program history. The Tigers have a 4-2 record against the Jaguars.

The Tigers are undefeated against Jackson State with a 2-0 all-time record.

On Friday, the Tigers defeated No. 19-ranked Old Dominion to improve their record to 8-2 and give them a 4-0 record at home. The victory gave co-head coach Julia Sell her 100thcareer win.

LSU boasts players in ITA rankings with sophomore Eden Richardson at No. 15 in singles.

Two duos for the Tigers are ranked in the Top 60 for doubles, with Richardson and senior Jessica Golovin at No. 11, and sophomore Taylor Bridges and junior Paris Corley at No. 57.

Social Center
For more information on the LSU women’s tennis program follow the Lady Tigers on Twitter @lsuwten and @LSUJuliaSell, on Instagram @LSUWTen and on www.Facebook.com/lsuwten.