Gymnasts Sweep Titles in Win at No. 21 Arkansas 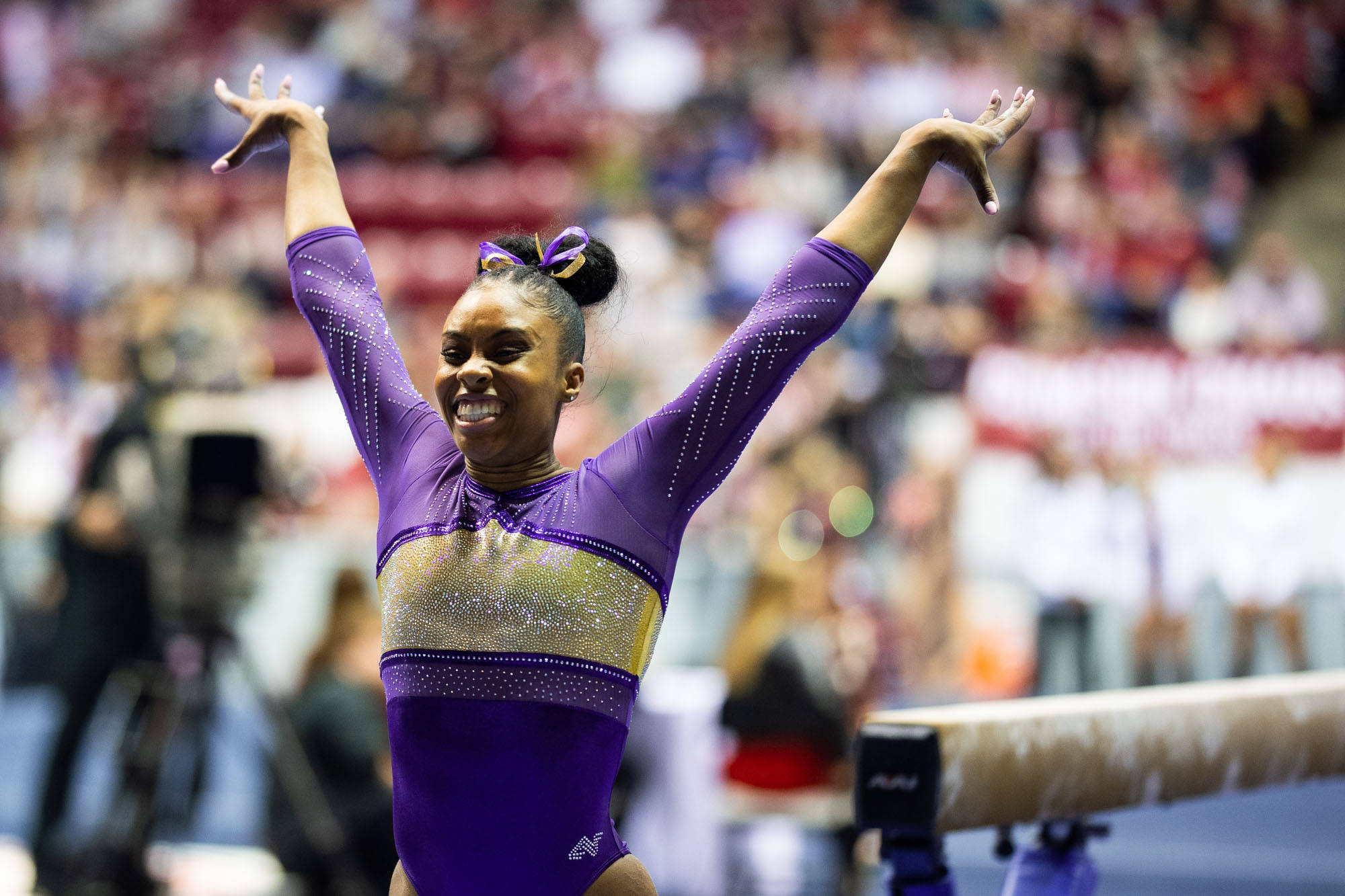 The Tigers improved to 8-3 and 3-3 in SEC meets. With the road score, LSU’s RQS will debut at ¬¬¬197.280 and the squad is expected to remain in the top-five of the rankings.

LSU gymnasts swept the event titles and all-around against the Razorbacks. Senior Sarah Finnegan won floor, bars and all-around. Finnegan now owns 28 titles for the season for 10th in school history and pushed her career wins total to 70.

Junior Kennedi Edney earned the vault title and sophomore Reagan Campbell earned her first career win with a 9.90 on beam.

“I thought our effort was tremendous tonight,” LSU gymnastics head coach D-D Breaux said. “These kids are tired after the stretch we’ve been on. They rallied tonight and kept digging and giving us 100 percent. They brought it. We got that really important 197 score for our Regional Qualifying Score. Now it’s time to rest and get ready for Friday night and a really good Georgia team.”

Finnegan Wins Bars to Open
Sophomore Bridget Dean opened the meet with a 9.725 and Sami Durante followed with a 9.85. Edney scored a 9.875 in the fourth spot and freshman Bailey Ferrer put up a 9.85. Finnegan anchored the bars rotation with a 9.925 to earn the win and give the Tigers a 49.225.

Edney Anchors Vault and Win
LSU vaulted its second-highest road score of the season for a 49.300 to extend its lead over Arkansas. Both Finnegan and fellow senior McKenna Kelley earned scores of 9.85. Ruby Harrold and McKenna earned 9.825’s. Sarah Edwards posted a 9.875 and Edney anchored with a 9.90 for the win.

Solid Floor Routines Keep Tigers on Pace for 197
The floor lineup put together solid routines to score a 49.225 and pace the squad to a 197-plus score. Harrold opened with a 9.80 for the squad. Christina Desiderio scored a 9.85 in the second spot and Campbell followed with a 9.875. Finnegan tied her season high with a 9.95 for the win and Kelley anchored with a 9.75.

Consistent Beam Seals the Win
A pair of gymnasts earned season and career highs respectively to close things out. Desiderio opened for the Tigers with a 9.875 for a season high and Dean followed with the same score for a new career high. Durante scored a 9.875 in the third spot and Edney earned a 9.85. Campbell earned her first career win on any event with the 9.90 in the fifth spot.

Up Next
LSU returns home to face Georgia inside the Maravich Center at 8 p.m. CT Friday. The meet will be televised live on the SEC Network.