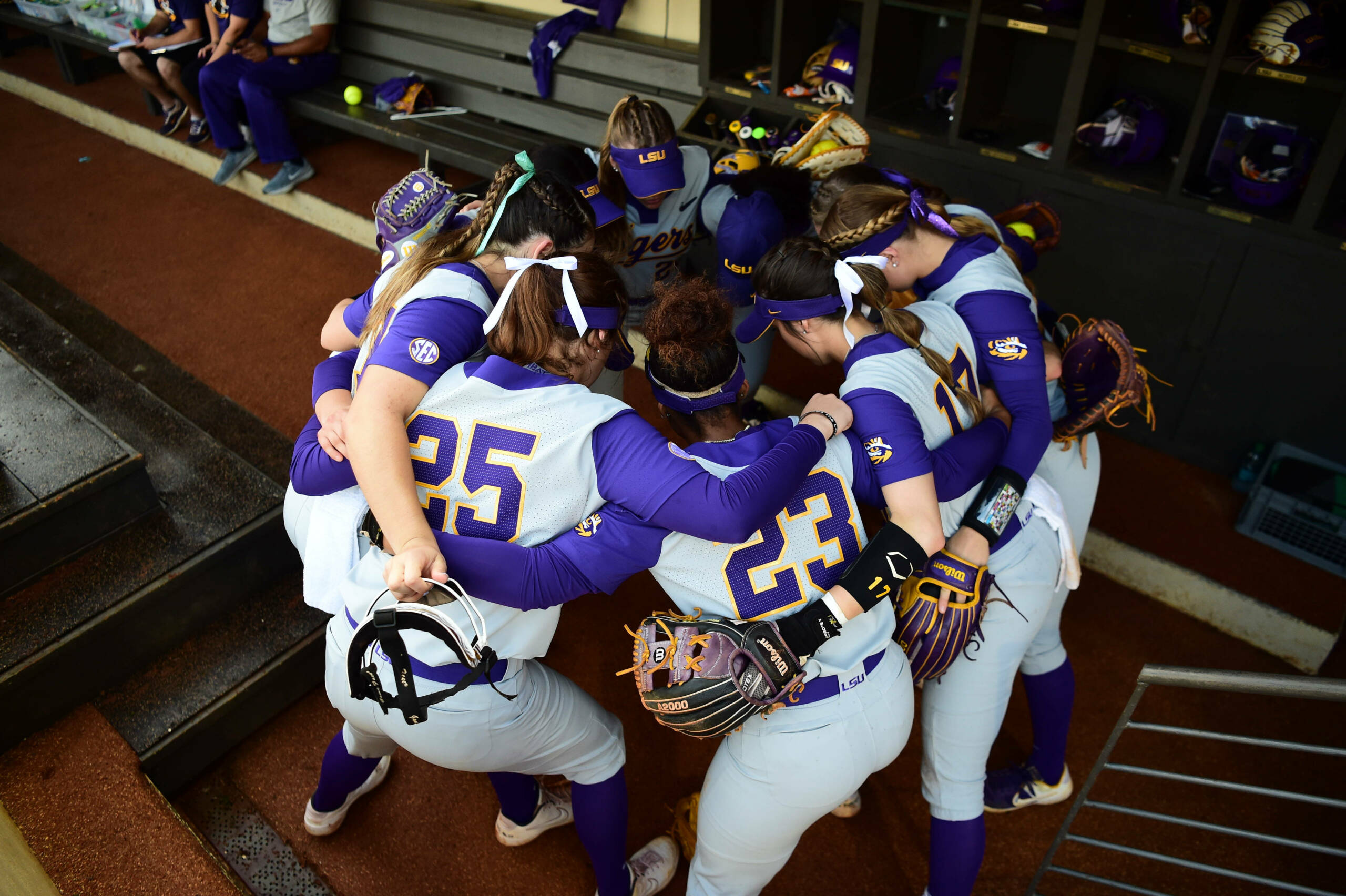 BATON ROUGE – The seventh-ranked LSU softball team swept day two of the LSU Invitational, defeating both Memphis, 4-0 and Michigan, 2-0 at Tiger Park. LSU improves to 11-3 on the year and 8-1 at home.

The LSU Tigers were off to a great start in the bottom of the first inning, with a single to third base from Taryn Antoine and walks from both Amanda Doyle and Amanda Sanchez. Antoine scored off a wild pitch from Memphis’ Mariah Nichols, giving LSU a 1-0 lead.

With two runners on base, Aliyah Andrews reached first on a fielder’s choice to third and advanced to second, allowing Amber Serrett to score. Andrews collected her fifth RBI on the year and gave LSU a 2-0 lead on Memphis.

In the bottom of the third inning, Andrews got on base with a walk and stole second when given the opportunity. Antoine hit a single up the middle to send Andrews in to score, tallying her ninth RBI on the year.

Shelbi Sunseri ripped the ball over the right field wall in the bottom of the fifth inning, collecting her eighth home run on the year and upping the LSU lead 4-0.

Freshman Savannah Stewart collected her first collegiate hit after she singled to second base in the bottom of the sixth inning, but LSU was unable to score again.

Sunseri put in work in the circle against Memphis, finishing with a career-high of ten strikeouts and allowing only two hits in seven innings. She claimed her third victory on the year, improving to 3-2.

Antoine drew a walk to start off the bottom of the first inning, and scored the first run after a double down the left field line from Amanda Sanchez, making it her ninth double on the year. The Tigers had a 1-0 lead going into the second inning.

In the bottom of the third inning, Andrews reached on a bunt to third, and then advanced to second on the throw. Amanda Sanchez collected her 19th RBI on the year with a single to left center, scoring Andrews and raising LSU’s lead 2-0.

Michaela Schlattman hit her fifth double on the year to right field off the first pitch of the bottom of the fourth inning, and advanced to third after a sacrifice bunt from Serrett. Two runners were left stranded moving into the fifth inning.

Shelby Wickersham claimed the victory in the circle after pitching a one-hitter, facing the minimum number of batters, 21. She finished with one strikeout in seven innings and improves to 4-1 on the year.

On the overall play…

“The girls showed up with a better mentality and played better overall. Defense did a great job and was very solid.”

On going with Shelbi Sunseri to start the day…

“We went with Shelbi Sunseri today to send a message and make sure the team was confident behind her. She’s definitely capable of carrying us despite not having a ton of experience, but more than some of the freshmen.”

The Tigers continue into day three of the LSU Invitational, taking on CSUN Saturday at 5 p.m. The game will stream live on SECN+.