Tigers Focused for "War in the Paint" vs. Tennessee 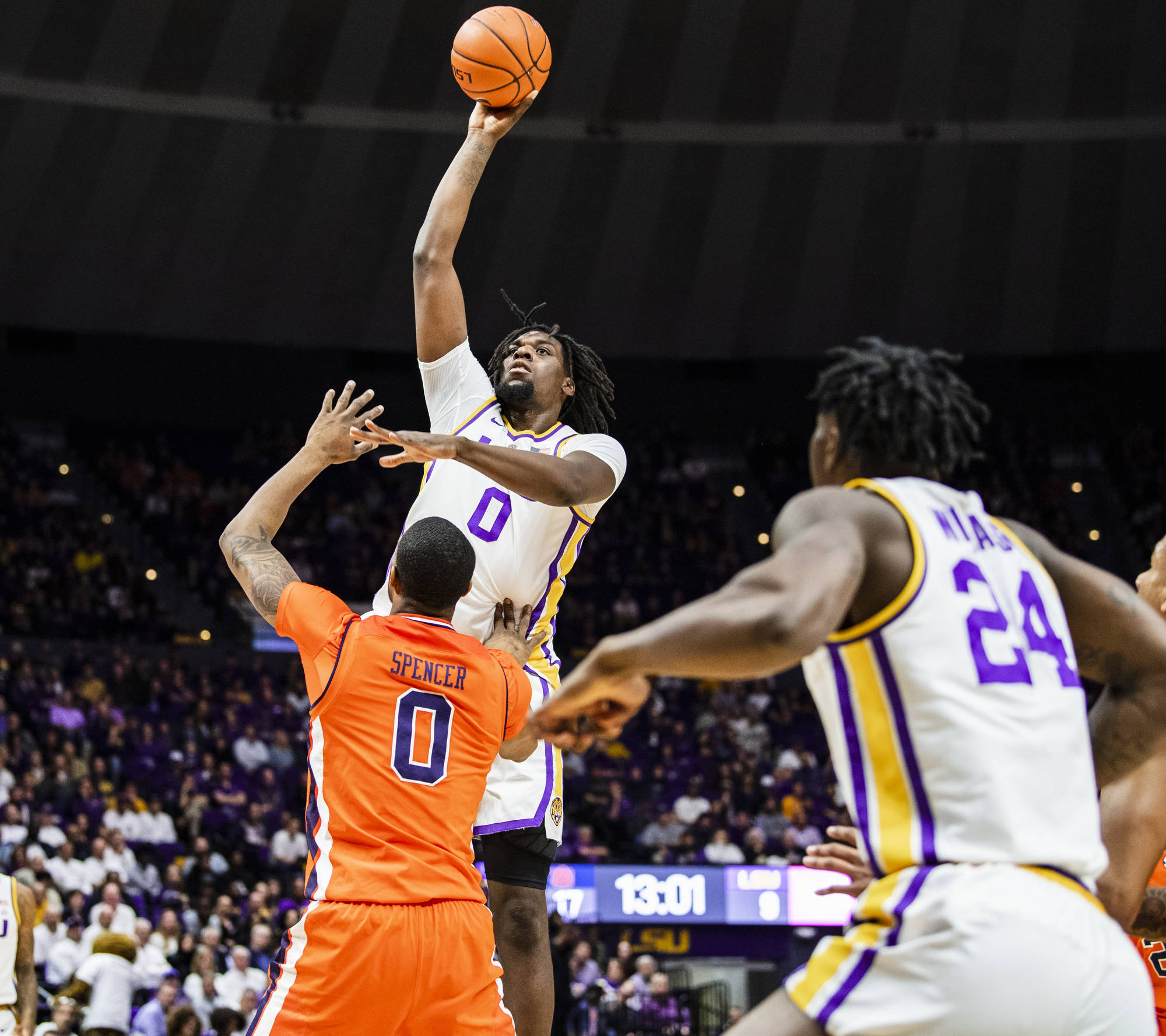 Get the Spiderman memes ready.

When No. 13 LSU and No. 5 Tennessee tipoff Saturday at 11 a.m., the two teams staring at each other on opposite sides of the court might offer a finger-point of recognition.

On one side, the Tigers: a paint-pounding team with a versatile four man, a playmaking point guard, and much happier to attack the rim than settle from three.

On the other side, the Volunteers: a paint-pounding team with a versatile four man, a playmaking point guard, and much happier to attack the rim than settle from three.

Tiger head coach Will Wade sees some differences, though: Tennessee is older, more accomplished, and has better numbers in critical areas.

“One of the main differences between their offense and our offense is they shoot a little higher percentage from 3 and they don’t turn the ball over as much as we do,” Wade said. “They get the ball in the paint. That’s why they’re the third-most efficient offense in the country, the most efficiency offense in our league.

“Being able to get in the paint and win the paint war is going to be a big part of the game.”

Will Wade says LSU-Tennessee will come down to the paint battle.

The Volunteers are led by reigning SEC Player of the Year Grant Williams and All-SEC wing Admiral Schofield. But Wade is worried about the rest of Tennessee’s squad just as much, including point guard Jordan Bone (13.2 PPG, 6.5 APG), who he recruited when he was the head coach at VCU.

“Bone’s really good. The point guard makes them go. (Kyle) Alexander’s a game changer down low. They’re a very good team. They’ve got everything you wait. They can pound the paint. They have efficient three point shooters with (Jordan) Bowden and Lamonte Turner.”

Head coach Rick Barnes, meanwhile, has seven 25-win seasons under his belt, and at 24-2, he’s working on eighth.

LSU will hope to get point guard Tremont Waters back on track after the sophomore had an off night against Florida Wednesday. He had just two points in regulation and shot just 3-of-12 from the floor.

“We’ve got other good players,” Wade said. “I probably need to try some of those other very, very good players out some more. He’s certainly a critical piece to what we’re doing, but Naz was our best player the other night, Skylar played really well. I’m kicking myself – I should’ve given Skylar some more opportunities later in the game. We’ve got other good guys. We’ll give opportunities as needed.”

One final critical factor will be keeping LSU’s bigs out of foul trouble. Williams is among the nation’s leading foul drawers at 7.0 per 40 minutes. The Tigers can throw four bigs at him, from Kavell Bigby-Williams and Reid to Emmitt Williams and Days. But keeping all four available could be the difference.

“We’re not going to be able to get in foul trouble tomorrow,” Wade said. “We need to keep our best horses on the floor, for sure. They’re an extremely physical team. We have to be able to match or exceed their physicality. You have to walk a fine line when you play them. You can’t back down, but you can’t pick up unnecessary fouls either trying to match what they do.”