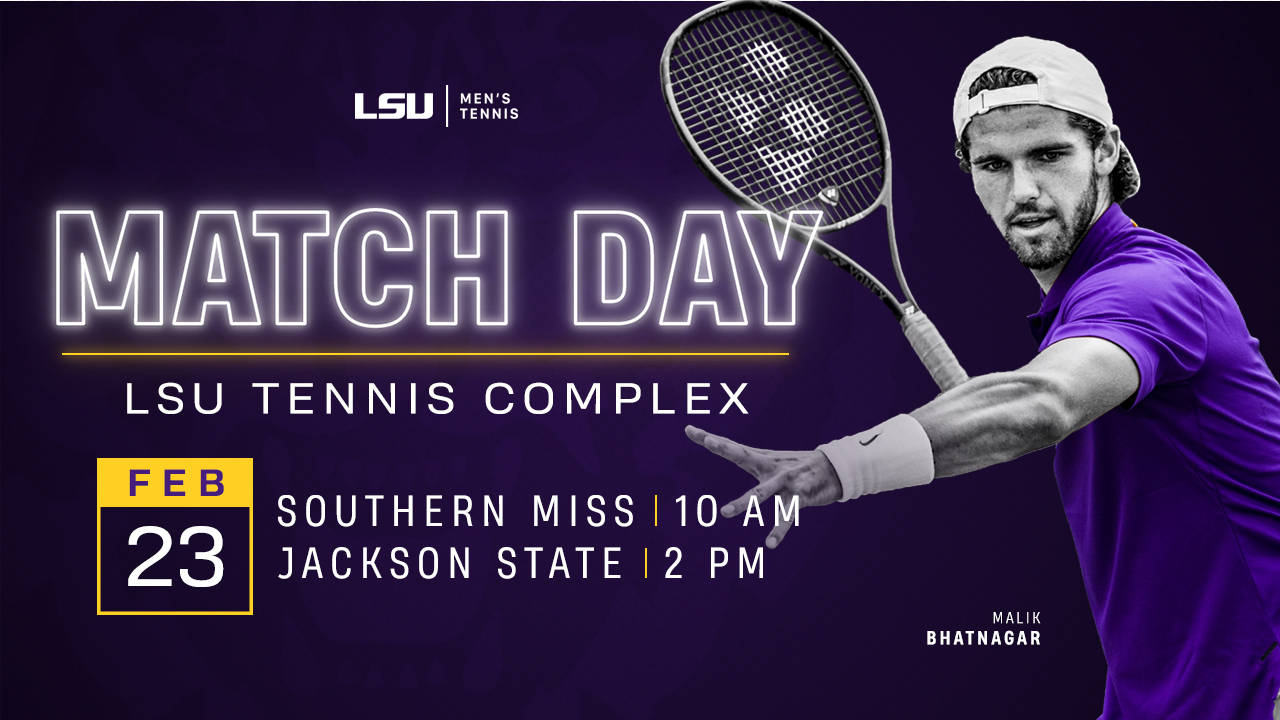 BATON ROUGE – The No. 20 LSU men’s tennis team will play host to Southern Miss and Jackson State in a doubleheader Saturday at the LSU Tennis Complex.

LSU will start the day with a contest against Southern Miss at 10 a.m. CT and will follow with a match against Jackson State at 2 p.m. CT.

Admission to all matches in the LSU Tennis Complex is free. Fans can follow the match at www.LSUstats.com and on Twitter @LSUtennis. The match also can be streamed online at LSUsports.net/tennisvideo.

Thoughts from the Co-Head Coach Chris Brandi
“After a few weeks on the road, it will be great to play two matches at home,” co-head coach Chris Brandi said. “We need to continue to get better as the season wears on. We expect Southern Miss and Jackson State to give us their best effort, and we need to be ready for a long day.”

The Matchup
LSU has a perfect 25-0 record against Southern Miss. The last contest between the two teams was in 2014. The Tigers have a 4-0 record against Jackson State and last met each other in the 2017 season.

Tiger Tidbits
The Tigers have a 9-1 record on the season and are having the best start to a season since the 2015 season when LSU recorded an 11-1 record to open the year. This week, LSU entered the ITA polls at No. 20. It is the first time since the 2013 season that the Tigers are in the top-20.

Senior Shane Monroe had a massive win against No. 48 Carles Sarrio of SMU last Friday and has entered the singles rankings at No. 112. The Tigers’ top cour pair of Rafael Wagner and Joey Thomas are listed at No. 45.