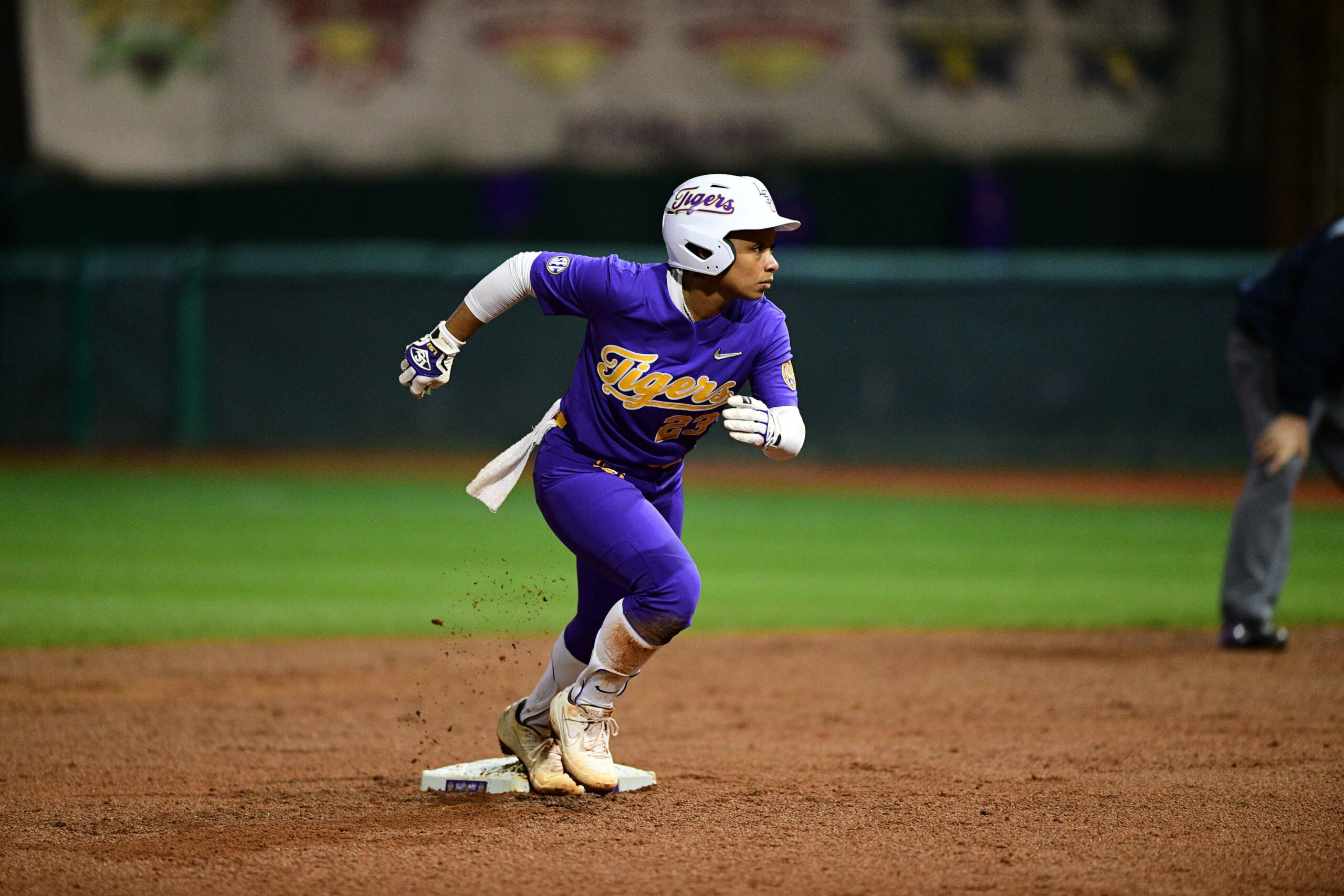 BATON ROUGE – The seventh-ranked LSU softball team fell to Stanford, 7-5 Friday evening in the first game of the LSU Invitational. The Tigers drop to 9-3 on the year and 6-1 at home. Stanford improves to 7-2 on the year.

After two scoreless innings, the Tigers were first to score and put runs on the board after a single from Amanda Doyle in the bottom of the third inning. Amanda Sanchez stepped up to the plate and ripped the ball to left-center, sending Doyle home to score, LSU leading 2-0.

With two Tigers on base in the bottom of the fifth inning, Shelbi Sunseri hit one out of the park, making it her seventh home run on the year, giving the Tigers a 5-0 lead.

Stanford scored seven runs in the top of the sixth inning off. The first run was scored off an error from Amanda Sanchez, followed by a wild pitch. The Cardinal took a 7-5 lead.

The Tigers fought to earn more runs with a single to right field from Elyse Thornhill and a walk for Claire Weinberger, but the Cardinal kept LSU from scoring in the sixth and seventh innings, claiming the victory.

Junior Maribeth Gorsuch held it down in the circle for the first 5.1 innings, finishing with four strikeouts and allowing only two hits. Shelby Wickersham took the loss and is now 3-1 on the year. She finished with three strikeouts on the game in 1.2 innings.

On the first six innings…

“First five innings was Maribeth’s best performance of the year. Fantastic for five innings. Hopefully she can build on that. Then a serious lack of attention to detail in the sixth inning. Little things all over the place caught up to us.”

How to fix the little things going into the weekend…

“Obviously as a coach I have to be more demanding of them. You know I have to require more of them. Can’t allow it to happen. At the end of the day it always falls on me. The offense has been doing a great job. They’ve been above satisfactory. I think they have been excellent.”

The Tigers continue into day two of the LSU Invitational, taking on Memphis Friday at 5 p.m., and Michigan at 7:30 p.m. Both games will stream live on SECN+.