LSU Faces Bryant This Weekend at 'The Box' 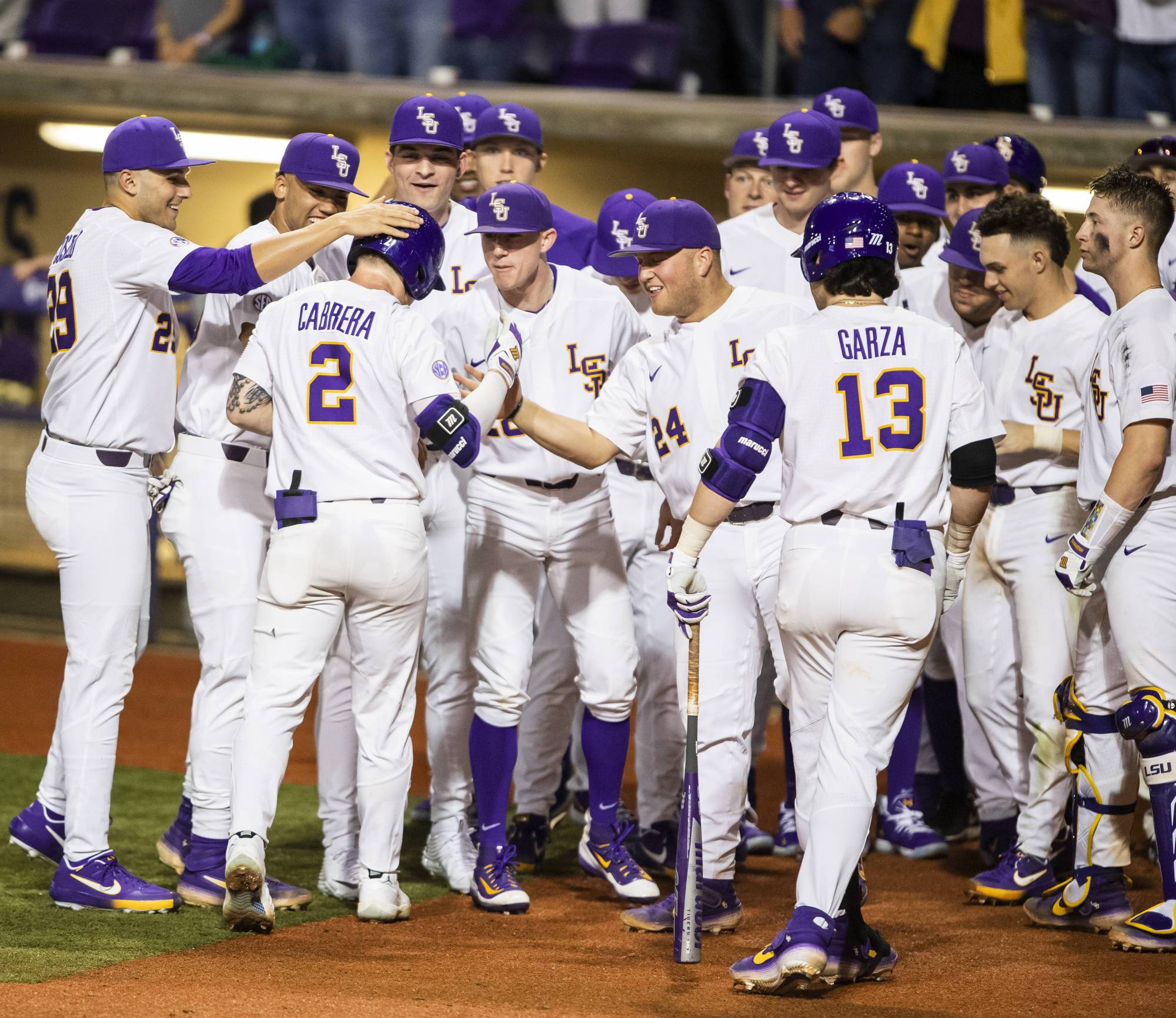 SERIES RECORD VS. BRYANT
This weekend’s series marks the first meeting between LSU and Bryant; however, Bryant did participate in the NCAA Baton Rouge Regional in Alex Box Stadium. LSU and Bryant did not meet in that regional, as the Bulldogs were eliminated in two games by Houston and Southeastern Louisiana. Both of those Bryant losses were one-run setbacks in 10 innings.

QUOTING PAUL MAINIERI
“Bryant has an excellent program that has traditionally played very well against teams in our part of the country. They played here in Baton Rouge just five years ago in an NCAA Regional, so we’re very aware of the talent of their ball players. We’re pleased to be off to a 4-0 start, but we realize this season is in its very early stages. Our team needs to continue to improve, compete with a lot of focus and energy, and hopefully we’ll meet the challenges that Bryant presents this weekend.”

ABOUT THE TIGERS
• Top-ranked LSU is 4-0 for the first time since 2014, when LSU won its first seven games of the season … LSU opened the 2019 season last weekend with three straight victories over Louisiana-Monroe, Army and Air Force … the games drew a total attendance figure of 35,463, which was the largest three-game total for a season-opening weekend in the history of Alex Box Stadium, Skip Bertman Field. The Tigers improved to 4-0 on Tuesday with a 6-5 win over Southeastern Louisiana.
• LSU right-hander Jaden Hill was named SEC Baseball Freshman of the Week Monday by the league office … Hill, a product of Ashdown, Ark., enjoyed a tremendous collegiate debut on Sunday against Air Force, defeating the Falcons by allowing just one run on four hits in five innings with one walk and eight strikeouts … Hill struck out the first three batters he faced in the top of the first inning and limited Air Force to just a double and three singles over the course of the five-inning outing, which was composed of 71 pitches (44 for strikes) … Hill, who was drafted as a high school senior last summer by the St. Louis Cardinals, is the cousin of former LSU centerfielder Cedrick Harris, the starting centerfielder for the Tigers’ 2000 national championship team.
• Junior shortstop Josh Smith is off to a torrid start, batting .625 (10-for-16) with two doubles, two RBI and eight runs scored … Smith returned to the lineup on a full-time basis this season after missing all but six games in 2018 due to stress reaction in his back.
• Sophomore leftfielder Daniel Cabrera is batting .462 (6-for-13) in four games with two doubles, two homers, six RBI and five runs scored … in last Friday’s win over ULM, Cabrera launched two homers, marking the first multi-HR game of his career … Cabrera produced a career-high five RBI in Friday’s contest.
• Senior outfielder Antoine Duplantis led LSU in the season-opening weekend by batting .385 (5-for-13) with one double, two homers, 10 RBI and four runs scored … in last Friday’s 12-7 win over ULM, Duplantis blasted a two-run homer in the seventh inning to break a 5-5 tie, and after ULM knotted the game 7-7 in the top of the eighth, he launched a grand slam in the bottom of the inning to highlight a five-run outburst … the grand slam was the second of Duplantis’ career; the first came on April 22, 2016, versus Mississippi State … Duplantis has 273 career hits, 79 shy of matching former LSU first baseman Eddy Furniss (1995-98) as the all-time SEC hits leader with 352.
• Three of LSU’s four wins this season have been come-from-behind victories … the Tigers trailed ULM Friday by 3-0 (first inning) and 5-2 (third inning) scores before rebounding for the win … LSU defeated Army on Saturday with a three-run, walk-off home run by freshman first baseman Cade Beloso after trailing 5-2 in the seventh inning … LSU entered the ninth inning still trailing 5-3, but the first two Tiger hitters drew walks and Beloso launched the first pitch he saw into the right-field bleachers to give LSU the victory … the walk-off HR was LSU’s first since April 15, 2018, when Daniel Cabrera accomplished the feat versus Tennessee … LSU trailed Southeastern Louisiana on Tuesday, 5-4, in the fourth inning before eventually winning the game, 6-5, on a tie-breaking RBI single by catcher Brock Mathis in the bottom of the eighth inning.
• LSU final three relief pitchers in Tuesday’s win over SLU combined to blank the Lions through five innings – right-hander Matthew Beck pitched two shutout innings (no hits, one K); right-hander Devin Fontenot blanked the Lions for 1.2 innings (no hits, one K) and right-hander Todd Peterson earned the win by working the final 1.1 innings, allowing no hits while recording two strikeouts.

ABOUT THE BULLDOGS
• Bryant University is located in Smithfield, R.I., and the Bulldogs are members of the Northeast Conference … Bryant is 2-1 this season after winning two of three games at Abilene Christian to open the 2019 season.
• Bryant scored 25 runs on 32 hits in its three-game series at Abilene Christian with three doubles and five homers … freshman infielder Jake Gustin was 5-for-11 in the series with one homer and five RBI, while senior infielder/outfielder Tyler Panno was 4-for-10 with a homer, two RBI and three runs scored.