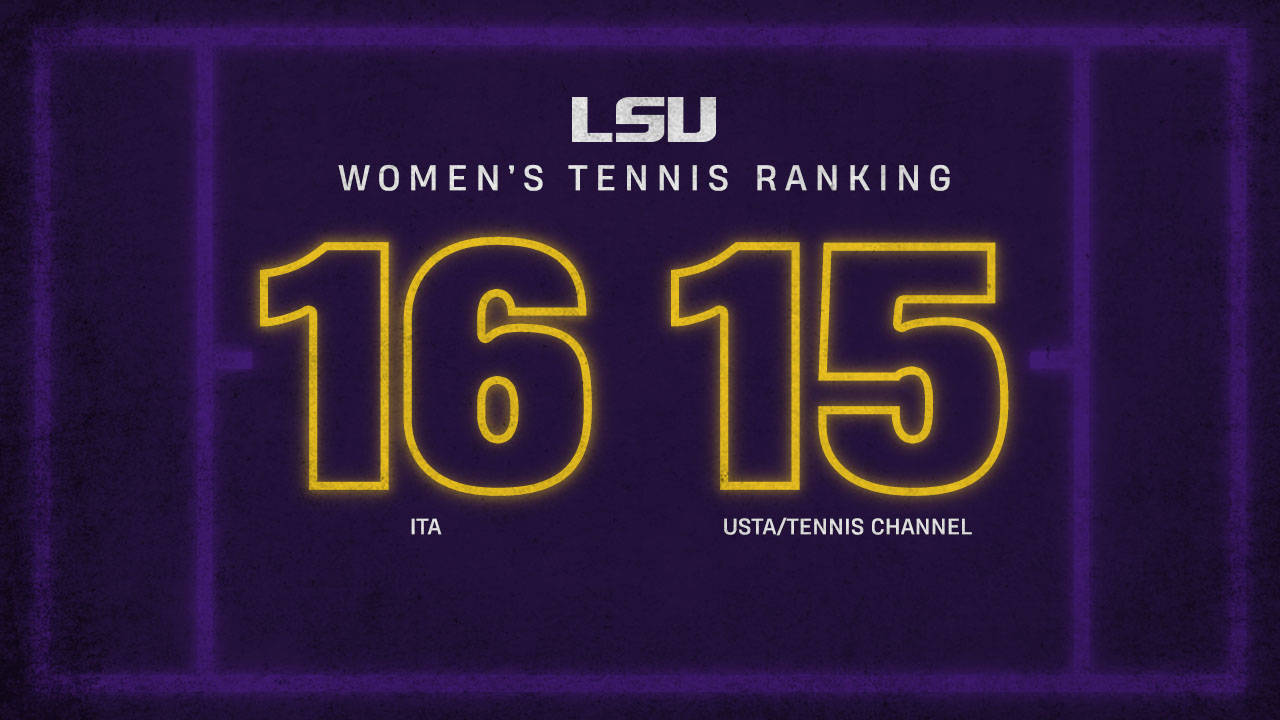 “To be ranked No. 16 for the first ITA computer ranking shows the high quality and consistency this team has shown so far,” co-head coach Michael Sell said. “Our team continues to strengthen and loves every aspect of the process. We are focused on our upcoming Friday match and excited to compete again.”

LSU is 7-2 overall after sweeping Houston on Sunday in their first match back home after traveling to Seattle, Washington, for the ITA National Indoor Team Championships.

The Tigers remain in the ranks of the ITA/Oracle Collegiate Tennis Rankings for singles and doubles, also released on Wednesday. The reigning NCAA doubles champion pair of senior Jessica Golovin and sophomore Eden Richardson secured a spot at No. 11 and are currently 6-1 in the season.

Sophomore Taylor Bridges and junior Paris Corley join the doubles rankings at No. 57. The pair is 5-2, including a 6-0 win on court three against Houston to help secure the doubles point.

In singles, Richardson moved up four spots to No. 15 with a 3-3 record at the No. 1 spot in the lineup for LSU.

The Tigers will be back at home for a weekend of play. LSU will square off against Old Dominion on Friday, February 22 at 4 p.m. CT and face South Alabama and Jackson State in a doubleheader on Sunday, February 24 starting at noon CT at the LSU Tennis Complex.

Admission to all matches at the LSU Tennis Complex is free. Fans will receive a free LSU clear bag in accordance with LSU’s Geaux Clear.policy at this weekend’s matches.