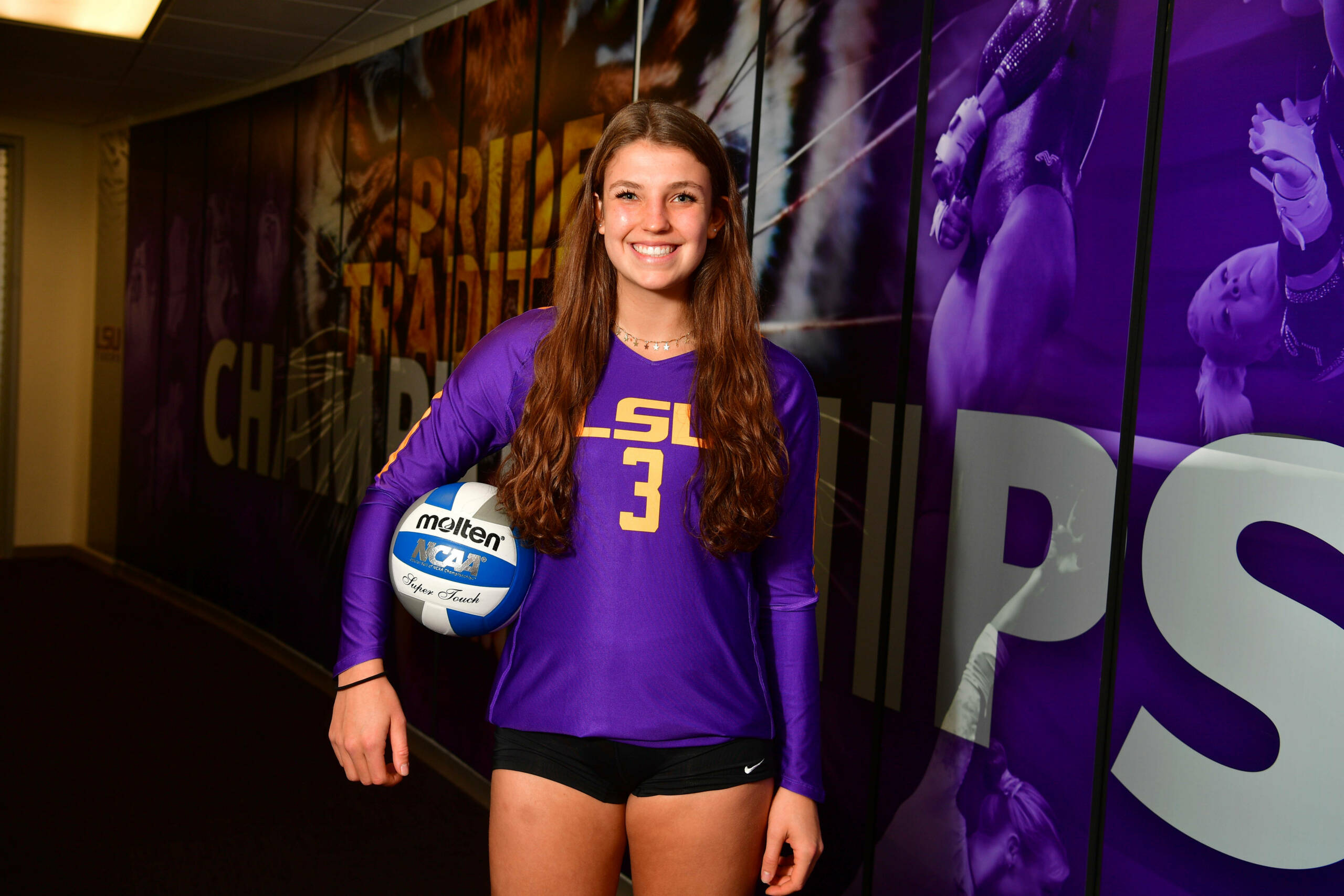 BATON ROUGE – Head coach Fran Flory and the LSU volleyball program announced the addition of Meredyth Howard to the 2019 class. Howard joins four that became a part of the LSU family in November.

“We could not be more excited to add Meredyth to our LSU Volleyball family. She is an incredibly gifted athlete who truly understands what it means to wear the purple and gold and compete for LSU. Her athleticism coupled with her competitive spirit make her an important addition to the 2019 class and to our program. She is a great volleyball player and we are thrilled she picked LSU to continue her volleyball career.”

Howard, a right side/middle hitter, comes to Baton Rouge from Lafayette, Louisiana where she played at St. Thomas More Catholic High School. She helped her team to two state championships as a freshman and sophomore. She is also an Academic All-State selection and earned the Army Scholar-Athlete award. Howard played for Louisiana Volleyball club and helped her team to Disney Showcase Champions in 2016.

The 5-foot-11, right side/middle blocker, is the daughter of former LSU quarterback Jamie Howard. Her father finished his career as the third-leading passer in LSU history with 6,158 yards and second in career touchdown passes with 34.

“This is one of the most physical, athletic classes we have added in many years.  We are thrilled to have them join our LSU Volleyball family and look forward to their impact in our program on the court, in the classroom and in the community.”