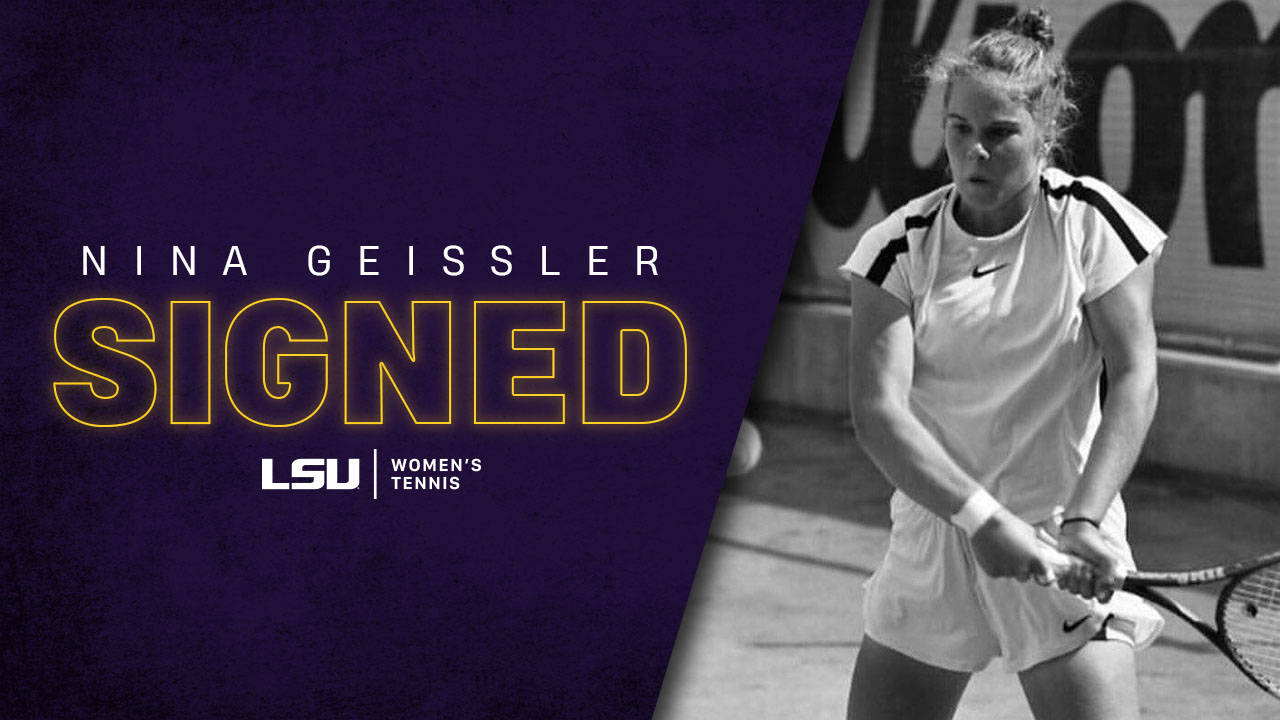 BATON ROUGE— The LSU women’s tennis team has secured one of the top players in the world with the official signing of Nina Geissler to their No. 13-ranked 2019 recruiting class, co-head coaches Julia Sell and Michael Sell announced Tuesday.

The Switzerland native joins the Tigers as the third recruit for 2019 alongside Safiya Carrington and Maggie Cubitt.

“Nina is a highly competitive, ambitious player who has big future aspirations but most importantly, she fits perfectly into our Tiger culture,” said co-head coach Michael Sell. “She will be a huge asset on and off the court and will represent LSU extremely well.   We are thrilled Nina is officially part of our Tiger family and we are excited to have her on campus in August.”

Geissler has climbed as high as 137 in the International Tennis Federation World Singles rankings and has several impressive wins this year, including the Switzerland Girls 18s National Championship in January.

In 2018, Geissler won the ITF Grade 4 singles title and the ITF Grade 3 doubles title in Germany while also reaching the singles semi-finals in two Grade 2 tournaments in Spain and Egypt.

The incoming Tiger has a current Universal Tennis Rating of 11.16 in singles and 11.29 in doubles.