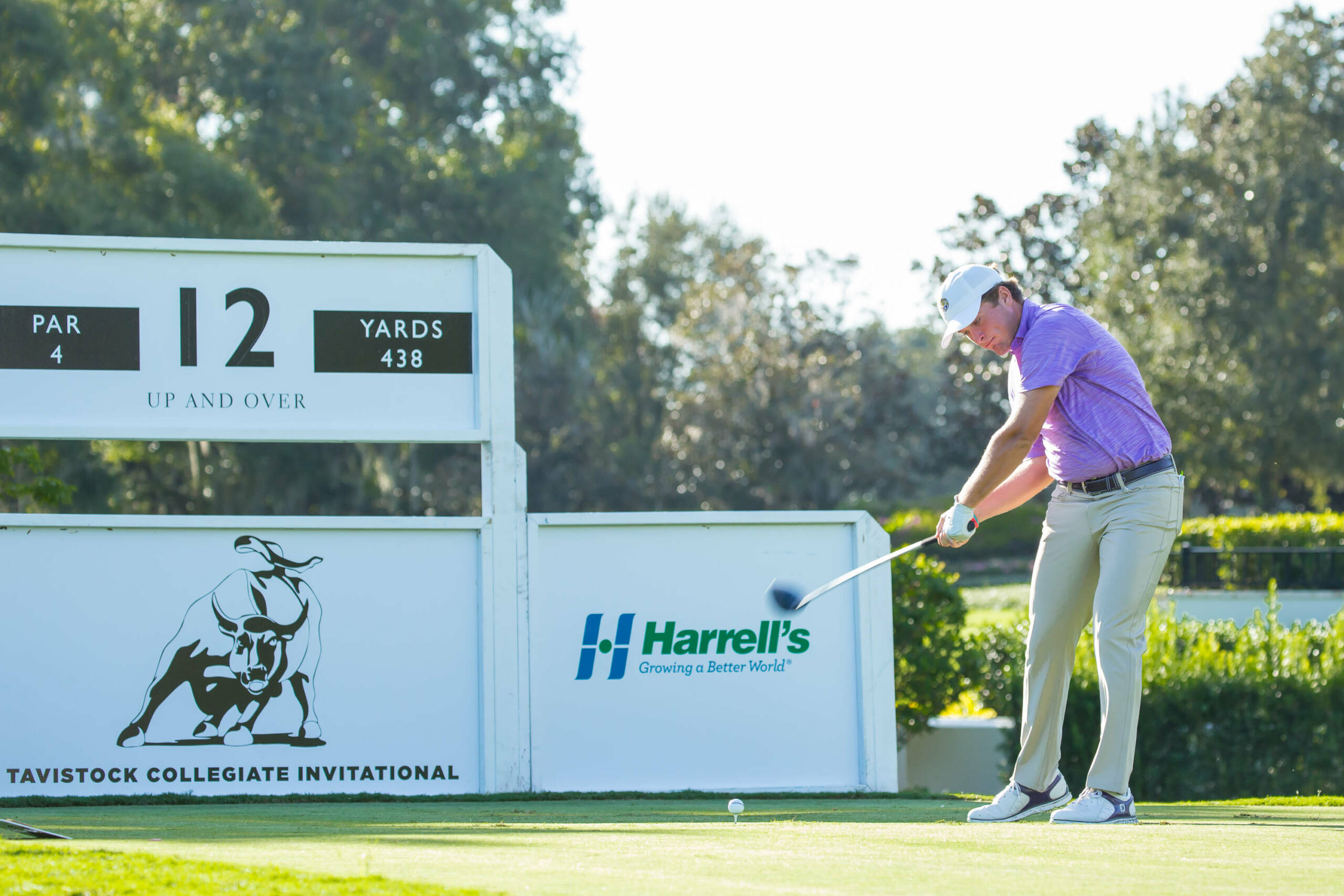 La Quinta, Calif. – The 16th-ranked LSU men’s golf team is in second place after 18 holes of The Prestige at PGA West. The Tigers fired an opening round score of 5-under par 279, one stroke off the pace of the clubhouse leader, No. 1 Oklahoma State.

Playing at the par 71 Greg Norman Course, it was freshman Garrett Barber who carded the lowest round of the day for the Purple and Gold. The native of Stuart, Fla., navigated the course to the tune of three birdies and 15 pars for a 3-under 68. He opened up his round with nine straight pars before he birdied the par 4 10th hole. His final two birdies of the day, holes No. 12 and No. 16, came on par 5s. It was the first round of Barber’s collegiate career where he carded no bogeys. His 3-under 68 has him in a four-way tie for second place. Barber’s 15 pars in round one are tied for the tournament lead.

Playing in the fourth tournament of his senior campaign, Nathan Jeansonne came in to the clubhouse one shot off of Barber’s pace with a 2-under 69. Jeansonne made the turn just like Barber, at even par 36 (one birdie, seven pars, one bogey), before he sandwiched birdies on No. 10 (par 4) and No. 12 (Par 5) around a par on No. 11. His final six holes were all pars. He made 14 pars on the round to rank tied for fourth on the leaderboard in that category. Jeansonne is in a tie for sixth.

Fellow senior Luis Gagne and sophomore Trey Winstead registered opening round even par 71s. Both Gagne and Winstead used three birdies, 12 pars, and three bogeys in their round to shoot even par and be tied for 15th. Winstead, who came to the 16th hole at 2-over, used birdies on the par 5 16th and par 3 18th to close out his round on a solid note. Philip Barbaree rounded out the Tigers’ lineup with a 2-over par 73 (T24th). Chris Woollam, who is playing as an individual, shot a 7-over 78 (T66th).

LSU will be playing with Oklahoma State and UCLA in round two of The Prestige. Those three teams are set to tee off from hole No. 1 at 11:20 a.m. CT. The final two rounds of the tournament will be streamed on Golfweek.com.