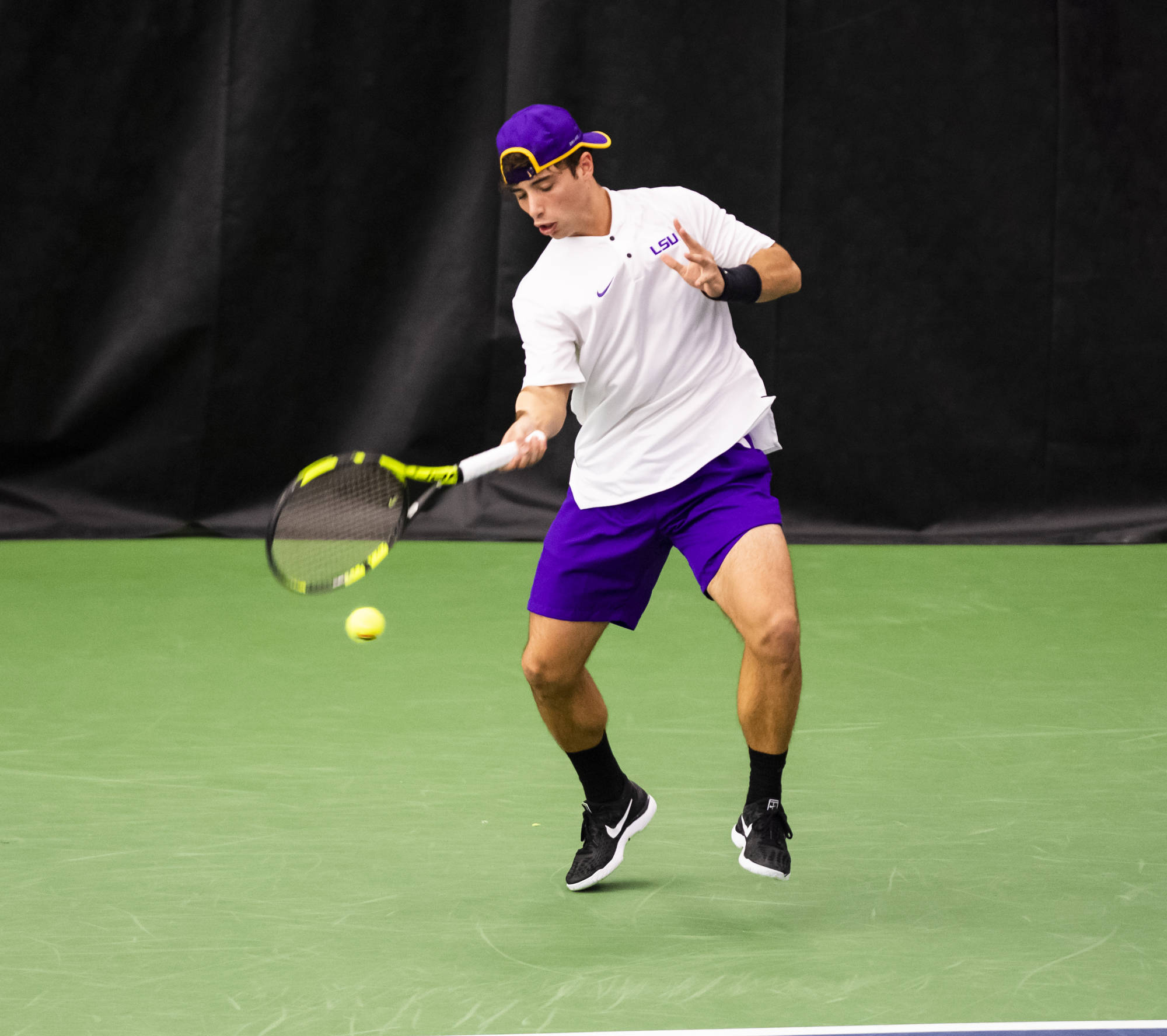 TULSA, Okla. – The LSU men’s tennis team will wrap up its three-match road trip with a contest against Tulsa Sunday at noon CT in the Michael D. Case Tennis Center indoor courts.

Thoughts from the Co-Head Coach Chris Brandi
“Tulsa is a very talented, well-coached team,” co-head coach Chris Brandi said. “They have had some good wins at home this year, and we expect their best. We will have to play with energy from the first point.”

The Matchup
LSU has the 4-2 edge against Tulsa in the series history. The last match between the two teams was in 2003.

Tiger Tidbits
The Tigers have an 8-1 record on the season and are having the best start to a season since the 2015 season when LSU recorded an 11-1 record to open the year. The 2015 team reached the second round of the NCAA Tournament and had an overall 18-9 record.

LSU is 2-0 on the current road tour and is a perfect 3-0 on the season in away matches.

The Tigers are receiving votes in the Oracle/ITA team poll and is No. 23 in the USTA rankings. They have the No. 30 doubles pair in the nation in Rafael Wagner and Joey Thomas.

Last time out, LSU worked a 6-1 win at SMU, and senior Shane Monroe swept No. 48 Carles Sarrio on the top court.

Notes on Tulsa
Tulsa has a 9-3 record and has also received votes in the Oracle/ITA poll. Majed Kilaniis listed as the No. 73 player in singles.

The Golden Hurricane split last weekend’s matches, falling to No. 6 Texas and defeating Cornell in 4-3 fashion.

Freshman Kody Pearson has an 11-1 record in singles play, which leads the the team.